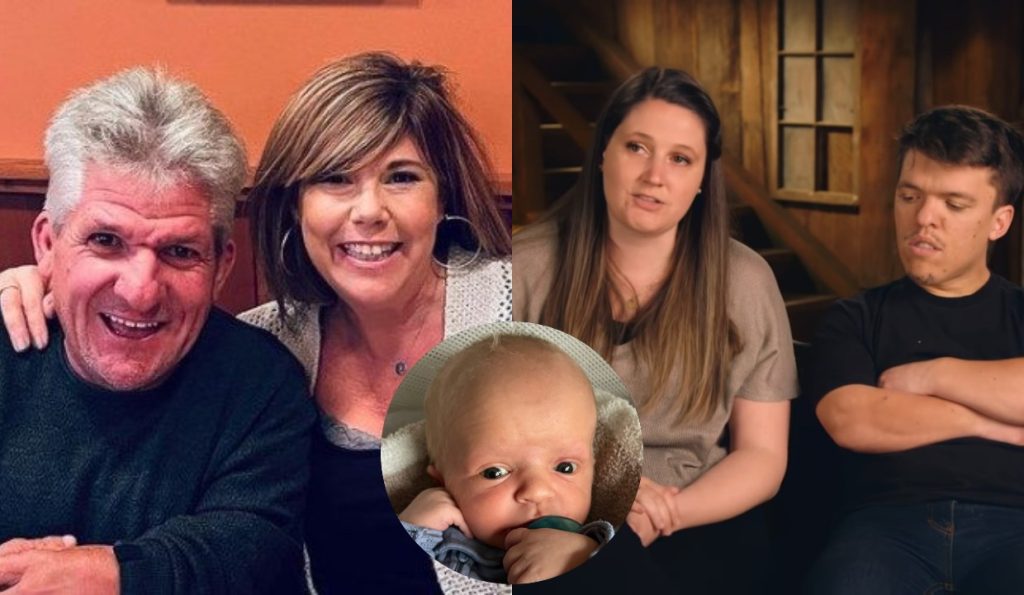 Little People Big Word is currently running its 24th season. However, things have continued to fall apart since the last LPBW season’s farm feud. Both Zach and Matt Roloff are just not close to one another anymore. During this property drama, the kids suffer the most. Zach and Tori’s kids, Lilah, Jackson, and Josiah, don’t get to see their grandpa anymore. The parents also made a strict rule about not letting Caryn Chandler around their newborn baby, Josiah. Well, she finally got to meet the new Roloff family member recently. So, did she go against Zach and Tori to do so? Keep reading to know more details about it.

As mentioned above, the Roloff Farm feud is deeply affecting the Little People Big World family. Matt and Zach don’t seem to put an end to their fight and remain distanced as ever. Since Zach and Tori’s move to Washington, they haven’t interacted or met up much. While the adults are busy having a grudge against each other, little ones like Lilah, Jackson and Josiah are suffering because of it. When Tori gave birth to Josiah, Matt got to meet him. But Zach was quite clear that they didn’t have plans for Matt’s girlfriend, Caryn, to meet up with the newborn. This also caused more rifts between the two families.

In the new LPBW episode, Matt and Zach both talked about attending the Little People Convention or the LPA. They recalled the incidents from it during the confessional. It turns out that Caryn finally got to see baby, Josiah. It happened at the convention itself. All of them had gathered to see Jackson’s soccer match. So, Caryn Chandler got to sit next to little Lilah and play with her for a while. Then, she finally met the newborn baby, too, as per Soapdirt

. The castmate called him “a little button” while gushing over his cuteness. All of this happened when Zach and Tori were busy watching their eldest son play on the field. Hence, it seemed as if they were okay with Caryn being around Josiah.

LPBW: Caryn Is Quitting The Show! Fleeing To Arizona After Getting Hate

Caryn Chandler has become the villain of Little People Big World. While Zach and Tori never discussed the farm negotiation in detail, it was clear that Matt Roloff’s girlfriend had done something to offend them. Since then, they have been in a feud for over a year. Along with the LPBW couple, many fans also blame Caryn for overstepping her boundaries and becoming part of such an important deal only meant for the Roloff family members. Well, things finally began to get to Caryn. That’s because she allegedly will quit the show.

As per TheSun, Caryn Chandler is “done” with the show and the negativity it exposed her to. Hence, she wishes to move permanently to Surprise, Oregon. There, she has a house earlier owned by her parents. Matt Roloff bought it off of them for the couple. While the patriarch is looking forward to more seasons, his girlfriend is waiting to begin afresh. In fact, she is ready to move into the new state first and wait for her partner to join her later on. Keep coming to TV Season & Spoilers

for your latest fill of LPBW updates.