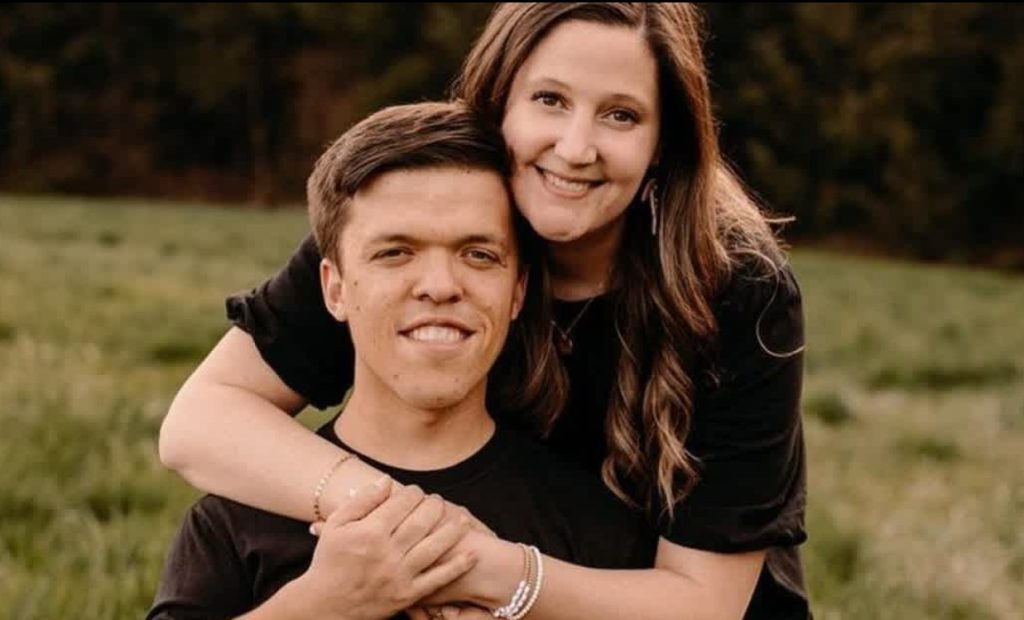 LPBW: Fans Demand New Spin-off Featuring Only Zach & Tori! Would You Watch It?

Since the first episode, Tori and Zach Roloff have been a mainstay of the show Little People Big World. However, Zach is the lone surviving Roloff kid that appears on the show along with his wife, Tori Roloff. Fans look forward to seeing their lives develop in the show and wish they would stay. But as the show’s storyline has changed, it’s the track viewers have started losing interest in the show. However, not even the viewers but even the Roloff family members have begun to dislike the plot. Zach and Tori have been a lovely couple. They share three adorable kids, Jackson, Lilah, and the newborn Josiah. LPBW viewers love to watch a family of five and wish to see them on their spin-off without Matt and his new plans interfering in their lives.

Viewers of the show LPBW want their lovely couple to have their separate show. Recently, one fan requested TLC to launch Zach and Tori’s new show where only the family five will feature their lives. Fans believe that Matt and Amy’s planted relationships with their respective partners are fake and forcefully made. They are tired of fast-forwarding and skipping the scenes as they no longer appear to be genuine. They only want to see Tori and Zach with their kids and their healthy relationship and parenting style. Fans feel that Amy and Matt’s storyline has come to an end. They have also categorized the show in the “hate-watching” section. On the other hand, some viewers even enjoy Chris and Amy’s relationship. However, some fans even pitched to see them on the show but strongly opposed Matt and Caryn’s storyline.

Tori and Zach seek to inspire audiences by showing that individuals of all sizes can live fulfilling lives through their TLC series. Fans of LPBW have witnessed the couple’s romance, engagement, and wedding. The reality pair dreamed about taking over Roloff Farms as they began their own family. Unfortunately, this was not meant to be since it turned out that Matt Roloff was asking for more money than the duo could afford. However, just after the conflict, the couple got separated from the Roloff patriarch and relocated an hour down the road to Battleground, WA. The young Little People Big World

couple has formed their little family of five and is living their best life. However, according to the rumors, Zach and Tori will soon leave the show. But until now, there has been no official confirmation from their side.

LPBW: Tori Roloff Hinted About Their Departure From The Show

Besides the source’s claim that Zach and Tori Roloff would stop working on LPBW after Season 24, Tori also hinted that she wants to move on. During one of her Instagram Q&A sessions, one of her followers asked Tori about her plan to stay in the show. The TLC personality immediately took to respond to the question. She replied by saying that their time is coming close. However, they are trying their best to enjoy it as much as they are on the show. The former teacher even mentioned returning to her teaching career. Tori Roloff was a teacher before she got to the reality show. She mentioned that she missed work since she substituted for Jackson Roloff’s class around Christmas 2022.

However, it wouldn’t be surprising for the viewers to discover Tori leaving the show to resume her work as a teacher. Tori also doesn’t want to have any more children, so as they become older, she could have more free time to explore her interests. However, after the end of the Season, 24 viewers are curious as to what will happen next. The series most recent season featured how the Roloff family is estranged as a result of Roloff Farms. So, do you also wish to watch Zach, Tori, and their kids on their separate show? Let us know in the comment section and until then, keep checking TV Season & Spoilers for all more updates on the topic.