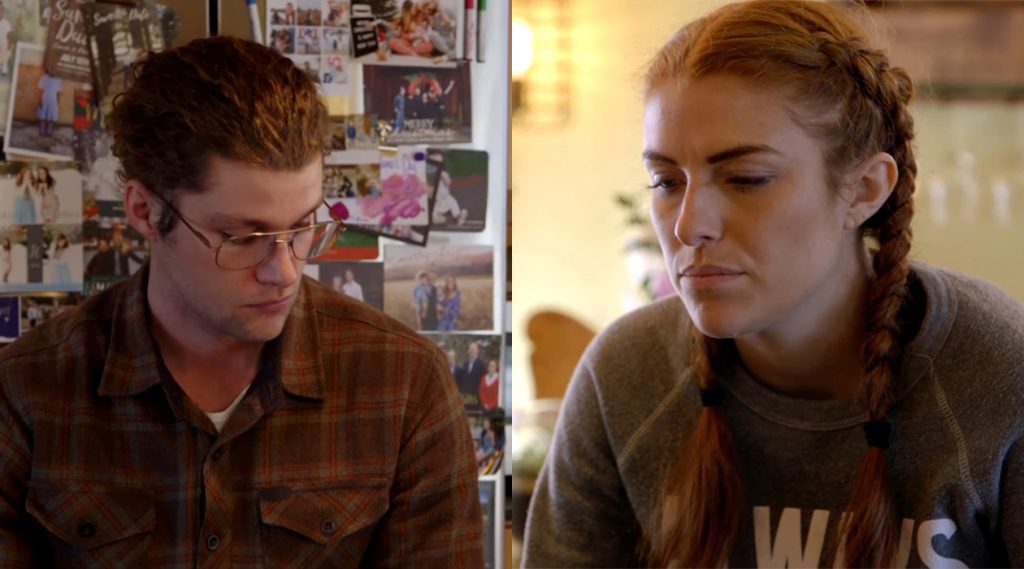 With a lot of good also comes the bad, Little People Big World stars Jeremy and Audrey Roloff are often in the limelight for the same. They initially had a good reputation when they were starring in the famous reality show. However, that changed when they quit LPBW and started their social media influencer career. When they give glimpses of their everyday happenings on Instagram, viewers often slam them for a lot of activities. This mostly has to do with their lifestyle and parenting choices. Well, the duo is in trouble once again for having questionable ways to take down their Christmas tree. Keep reading to know all the details about this.

LPBW: Jeremy Uses His Chainsaw To Cut Down The Family’s Massive Christmas Tree Inside The House!

Jeremy and Audrey Roloff’s love story became part of Little People Big World. They were initially boyfriend and girlfriend and later tied the knot on LPBW. But a while after the birth of their first daughter, Ember, they bid farewell to the show. That’s because they had different plans and wanted to start their own brand. But, to keep the fans in the loop regarding updates in their life, they started sharing a lot on their Instagram. Time and again, they are under fire for risky things like letting her kids stay in unclean rooms and their new $1.5 Million house being mice infested.

Well, the LPBW fans took to slamming the couple again for doing something quite dangerous. They must know that Audrey and Jeremy got a huge tree for their new house. It almost reached their ceiling. Now that the holiday season is over, the ex-TV celebrity brought the tea down. Apparently, he did so by cutting through it with a chainsaw. Many fans found this scary and began to slam the couple on Reddit. They mentioned that Jeremy and Audrey live with three little kids. Hence, using chainsaws inside the living room was very dangerous. Someone also stated that they could have planted the Christmas tree back after the use. Yet, Jeremy decided to go haywire on it with a chainsaw.

LPBW: Fans Troll Audrey & Jeremy Again As They Feel The Christmas Tree Can Topple Over Anytime!

Audrey and Jeremy have left no stone unturned when it comes to showing off their lavish $1.5 Million house in Hillsboro, Oregon. In order to commemorate their move-in, Jeremy brought in a huge Christmas tree. It was so big that it almost touched the ceiling. The LPBW trolls came at the couple for doing over-the-top, unnecessary things for a simple holiday. Later on, a viewer made a worrisome observation yet again. In one of the pictures of the tree, they noticed that it looked tilted. Hence, they started a discussion on Reddit, fearing that the tree could fall over at any time.

It was a matter of concern for the fanbase because Audrey and Jeremy Roloff have three very young kids, Ember, Bode, and Radley. So, they feared for the little ones’ safety. Hence, the trolling began as they wanted the parents to be more careful about the Christmas decorations around their babies. Many of them said that there is no point in extravagantness on social media for the couple as it had a chance of causing a major hazard in their lives. But, as usual, Audrey didn’t react to this backlash. But now, the audience took a sigh of ease after Audrey’s update about the family finally took the tree down. How did you feel about Jeremy’s way of doing so? Tell us in the comments below. Until then, keep an eye on all the latest LPBW updates by checking TV Season & Spoilers