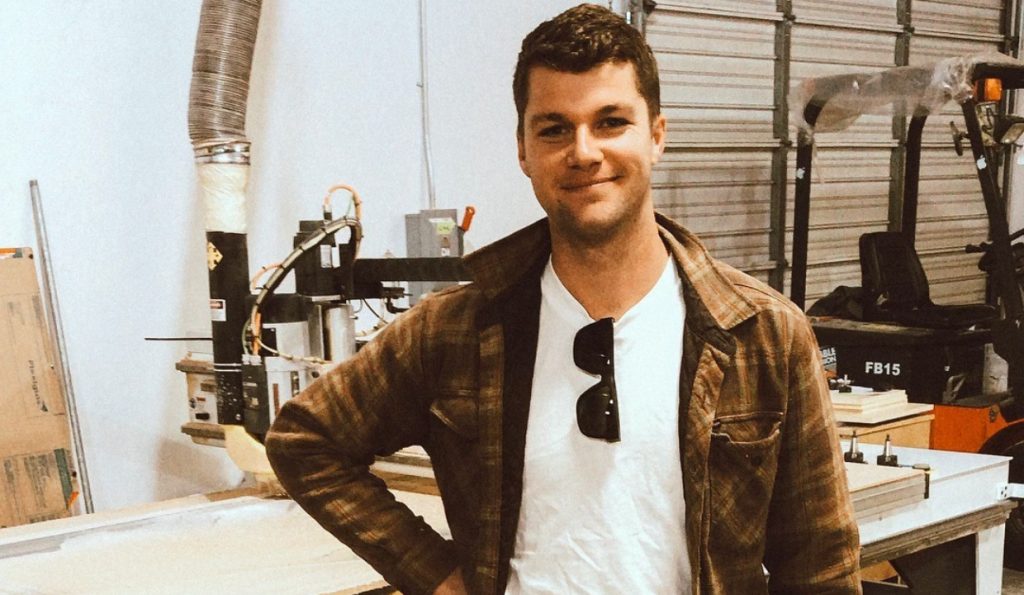 Jeremy Roloff began his journey on Little People Big World as a teenager. He and his siblings, with parents Matt and Amy Roloff, became popular by depicting their farm life on the show. However, it’s been five years since the star and his family i.e. wife Audrey and the kids, stopped filming for the show. Despite this, fans stay up to date about their lives through Instagram. While Jeremy has had a reputation for letting Audrey take charge of parenting and household chores. LPBW fans got to see a whole new side to him in his wife’s social media. It turns out that the celebrity was helping his partner out in the kitchen by cooking! Keep reading to know more details about this.

LPBW: Jeremy Shows Off His Cooking Skills, Makes Pancakes For The Family

Since Jeremy Roloff and his siblings i.e., Zach, Molly, and Jacob starred in Little People Big World, they had a reputation for being troublemakers. Several of the earlier episodes captured the four of them creating havoc around the house. As time passed, they transitioned into adults, but viewers continued to call out their entitled and bratty behavior. Well, Jeremy Roloff would face a lot of heat for it. Many would shame him for letting his wife, Audrey manage everything around the house as a homemaker. Meanwhile, he would just be a handyman. However, things seem to have changed now. That’s because Audrey Roloff took to her Instagram to reveal something surprising.

It turns out that Jeremy Roloff was helping her out in the kitchen. The ex-LPBW star was assisting his wife in making pancakes. The viewers were taken aback at this reveal. In fact, many of them even pointed out an episode from the past. It had the Roloff family member trying to bicker with his mom, Amy, while saying her “job” was in the kitchen. So, fans started saying that Jeremy has changed drastically since his bratty behavior as a teen. Many hoped that the man would now understand and appreciate all the hard work his wife, Audrey, puts in around the house. While the star is used to facing a lot of backlash online, fans actually admitted him for showcasing his new helpful skill on Audrey’s social media.

While the LPBW fanbase is heavily praising Jeremy Roloff for his cooking skills now, the last time his wife showed off his skills, it was no less than a disaster. Audrey Roloff took to get Instagram last year to reveal that she let her husband take charge of the kitchen. In fact, she gave Jeremy the task of preparing lunch

for his kids. She also ended up showing the meals on her social media handle. Apparently, Jeremy ended up giving his kids, Ember and Bode, yogurt. Apart from this, he also placed raw carrots along with forks on their plates. Audrey had a huge laugh over this and showcased this on her Instagram handle.

Many LPBW fans also began trolling Jeremy. They stated that his meals were inadequate for his kids. Others were baffled at how the young father thought his kids would eat yogurt with a fork. There were others who sensed that Audrey and Jeremy might be having problems in their marriage. Hence, the former savagely trolled him for his skills. Well, all that is in the past now. That’s because the latest Instagram post on Audrey’s handle reveals that her partner is working on his skills now. Do you want to see more of Jeremy’s cooking skills on Instagram? Tell us in the comments below. Until then, keep coming back to TV Season & Spoilers for more updates on LPBW.