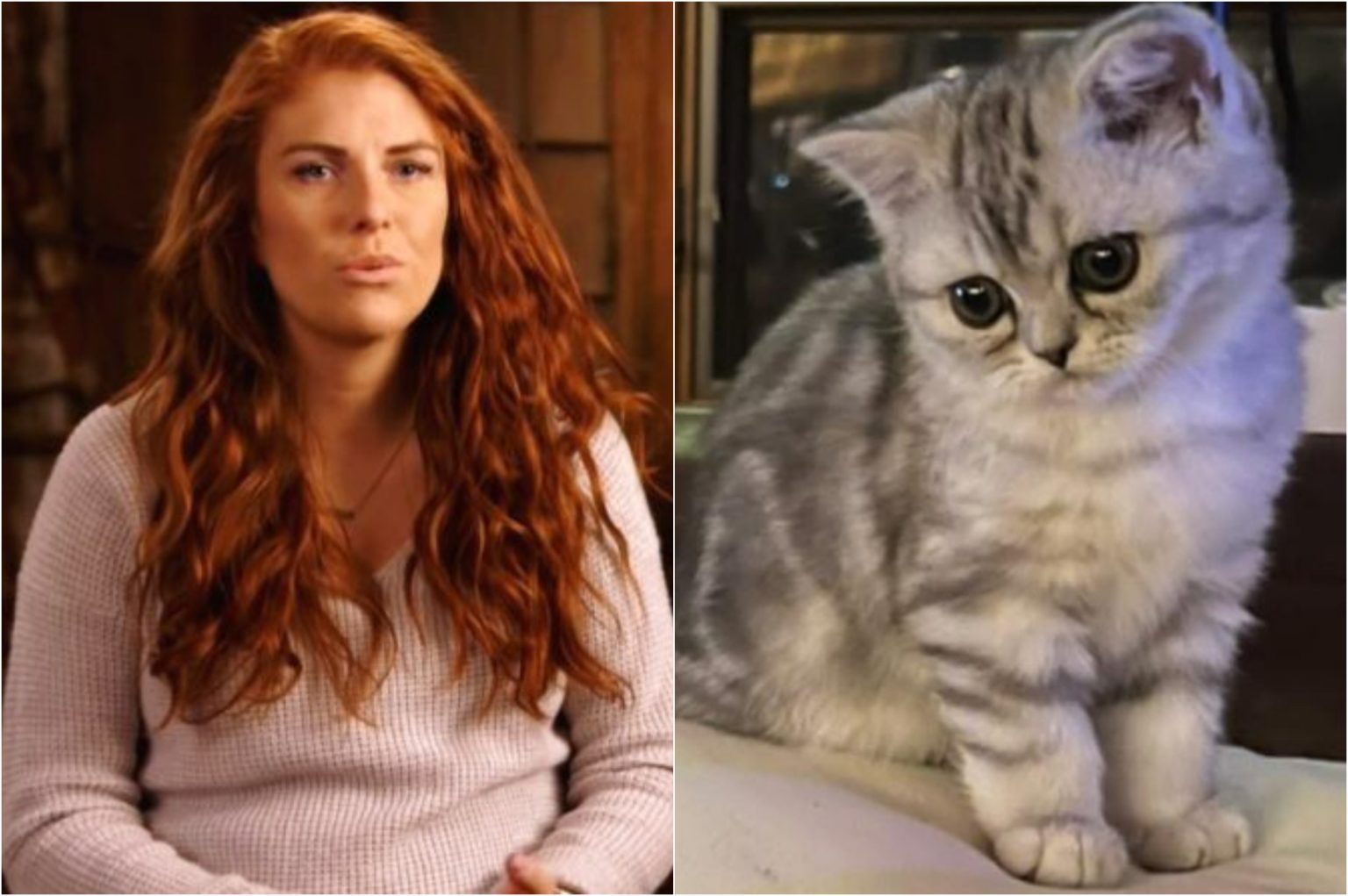 The infamous LPBW couple, Jeremy and Audrey Roloff, recently welcomed a new pet into their household for Christmas this year. A few weeks earlier, Audrey asked her followers on Instagram Stories whether they knew of any sources for Scottish Fold kittens. She then displayed the gorgeous grey cat she had purchased as a present for her children just before Christmas. However, Audrey and Jeremy surprised their kids with the cat on Christmas. They name their adorable kitten Aspen. The kids loved their gift and enjoyed playing with their furry friend. But lately, Ember’s bad treatment of the cat allowed fans to slam Audrey for parenting. However, just after that, Audrey yet again came into the fire after revealing that she had brought the cat from an advertising website. Although it’s not new for Audrey to get slammed, but it’s surely a get topic for the readers. So, let’s read what fans have to say about it.

Audrey and Jeremy have recently added a new furry member to their family of five. Since then, the LPBW couple has been sharing photos and videos of their kids having fun with the little kitty. However, on Tuesday, January 3, Audrey hosted a Q&A session to interact with her fans. One follower asked her to tell more about her new cat. However, by answering the question, the LPBW star confessed she didn’t know who Aspen’s father was and that she got the cat from a website that posted classified ads. Audrey quickly took the question and told her followers that the cat was half Persian and half Scottish. She admitted that she got the cat from Craigslist. However, Audrey said she saw the cat’s mother, but when asked about the father, the seller said they didn’t know about it.

However, the TLC star purchasing the cat from Craigslist surprised the fans. Fans took to Reddit to slam the mother of three. Fans could not believe that Audrey admitted to buying the cat from a Craigslist breeder. They felt it was disgusting. However, Audrey’s decision gave fans a reason to avoid purchasing pets from Craigslist. One fan even raised a question, how can you claim a cat is half x and half y if you buy it off Craigslist and the seller does know who its father is unless the seller ran a breed test on newborn kittens? Additionally, the LPBW couple Audrey and Jeremy have one more cat. It is a calico cat called Pine.

LPBW: Fans Are Outraged At Ember Roloff’s Abuse Of Her Pet

Audrey received criticism last week for letting Ember treat Aspen violently. She shared a video showing Ember grabbing up and dropping the cat harshly. Then, when Ember played with the small animal vigorously, she unintentionally threw her around. However, the way Ember Roloff plays with her cause some people to express their concerns. They were angry with Audrey for failing to educate her children to be kind to helpless, innocent animals. The LPBW viewers criticized her for spending more time on her phone filming a video than teaching her children how to handle pets. Everyone was furious at this situation, but Audrey remained silent.

Others fear that if the kids keep playing rough with the cat, it may end up biting or scratching them. Ember Roloff appears not to be upsetting LPBW fans too much because she is still a young child. They believe Audrey should educate her kids on how to play with their new pets in a proper manner. We hope she’ll heed their advice. What do you think of the way Ember Roloff handled her new pet? Do you believe Audrey Roloff should teach her children proper cat behavior? Tell us in the comment section till keep coming back to TV Season & Spoilers for all the latest Little People Big World updates.