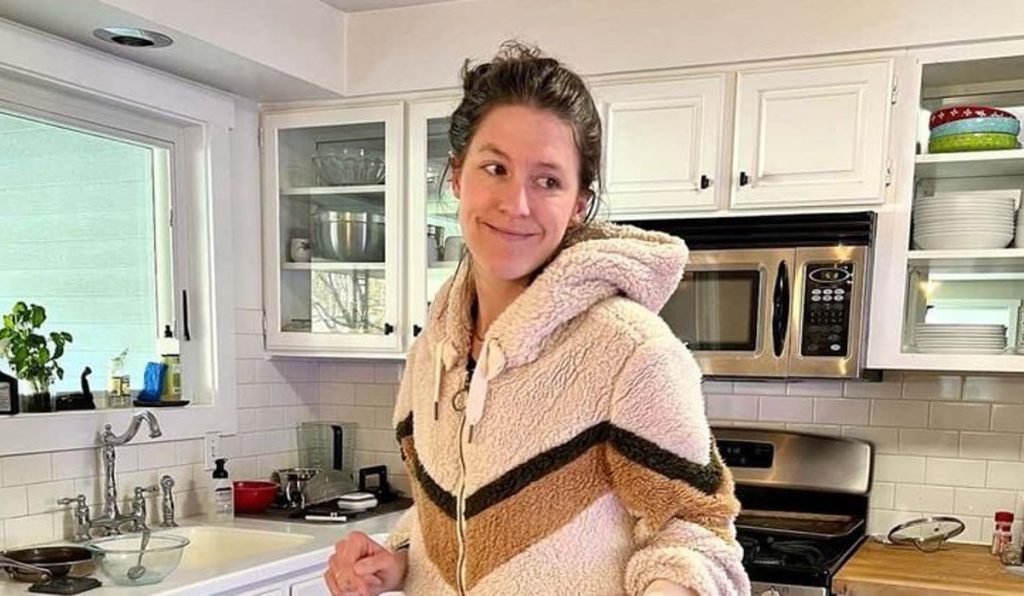 LPBW: Fans Wish Molly Would Return To The Show As The Show Becomes Boring & Unbearable To Watch

The popular TLC show LPBW has a huge fan base. Apparently, fans have been loving the show since all the star kids were teenagers, while Matt and Amy used to live on the 100-acre Roloff farms. Indeed, as time passed, the dynamics of the show completely changed. Jeremy, Jacob, and Molly vacated the show, while Zach was the only one left on it. Hence, day by day, fans are losing interest in it and wish that Molly would return to the show. Indeed, the TLC celeb was people’s favorite, and the viewers loved watching her charismatic personality. We have all the information you might wish to know, so keep on reading.

LPBW: Fans Want Molly Roloff Back On The Show!

The reality TV series, Little People Big World, is getting mundane day by day. Apparently, Zach is busy with his family life. Amy and Matt are occupied with their partners. Hence, it has been a while since nothing exciting on the show happened. Undoubtedly, the reality show has reached the extent where there was a complete segment where Zach and Tori had a detailed discussion regarding ‘hotdogs’. Indeed the viewers cannot bear the monotonous graph of the show and often demand the network to end it. So, the audience now wants TLC to bring back Molly.

The former LPBW star Molly Roloff was one of the most loved members of the Roloff family. Within a few years of being on TV, she formed a close connection with the audience. However, the celeb decided to leave the show and didn’t appear for many seasons. Evidently, while studying at Whitworth University in Spokane, she met Joel Silvius and decided to walk down the aisle in 2017. Since then, Molly has been living in Spokane, Washington.

Apparently, a fan page of the show called @littlepeoplebigworld_7lj recently took to Instagram and shared a clip with many pictures of Molly. It had snaps from her wedding to her shots from beaches. Indeed, after watching it, fans had nostalgia and were taken back to the good old times when Molly was a part of the show. Hence, the users took to the comment section and demanded to watch the celeb again on the show. A fan wrote that it was great to see Molly again and wished that she would rejoin the show. Another one chimed in and added that she could never be replaced on LPBW. Though the only daughter of Amy and Matt was a part of Little People Big World

for a short while, fans miss her the most.

LPBW: What Is Molly Doing These Days? Does She Meet Her Family?

The LPBW star Molly’s exit from the show was definitely a shocking one. Apparently, she didn’t give any reason and simply left. Undoubtedly, she kept her privacy over fame and is living a peaceful life with her husband these days. Not only this, but Molly has also kept her social media accounts private and is only restricted to her family. However, it seems that the 29-year-old is doing well amidst all this. Lately, she has been working as a Senior Accountant

, External Reporting at Nordstrom, as per her LinkedIn profile.

As per the reports, the star’s net worth is said to be $700,000. Though Molly might have left the show and fame, she is always connected to her family. The 29-year-old ensured that she attended her brother Jacob’s wedding and had quality time with the Roloff. Not only this, but she also makes appearances in Amy’s pictures, often on her Instagram account. In addition to that, the estranged star also dropped all her work and attended the funeral of Matt’s father. The patriarch wrote in his picture’s caption that all four kids came to visit him. Keep coming back to TV Season & Spoilers for all the latest LPBW tea.