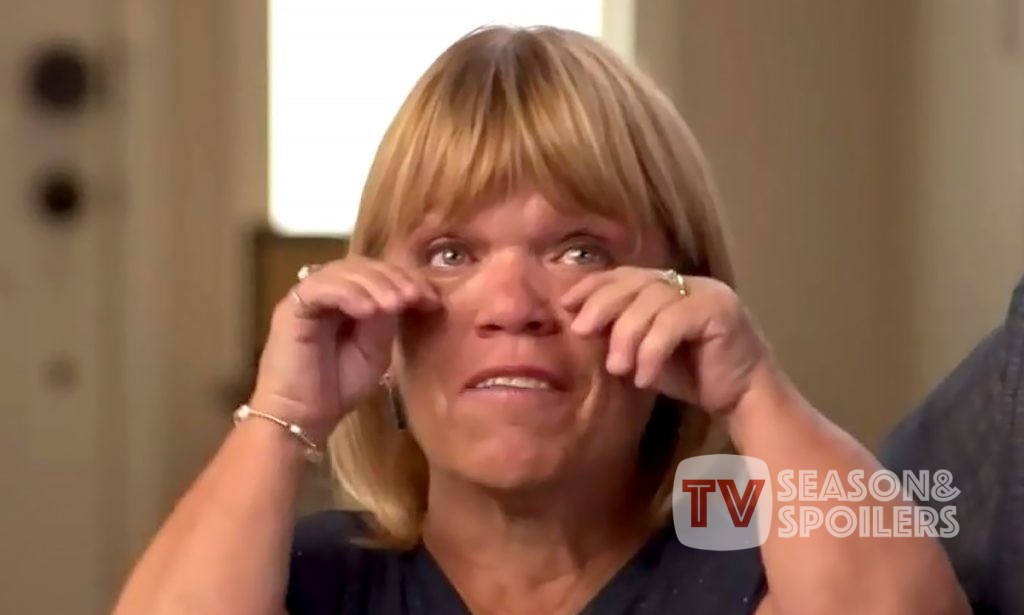 LPBW: Fans Worried For Amy Roloff As Her Sickness Extends To Three Weeks! Is She Okay?

The Little People Big World star, Amy Roloff, adores the holiday season. She likes having guests around her home. And she is thrilled when family members are gathered around her table to eat meals she has prepared herself. Despite being ill, Amy Roloff is making every effort to embrace the holiday spirit. Together with Chris Marek, she just decorated her Christmas tree. He believed that it was a bit early to begin decorating their home. Moreover, she felt that it is never too soon to decorate the tree. Also, Amy is not doing well for a very long time. After suffering for a bit long now, the LPBW star recently shared updates about her illness. For additional information and to see the post for yourself, keep reading.

LPBW: How Is She Now? Amy Updated Fans About Her Sickness

Amy Roloff has been ill for three weeks. She spoke candidly about becoming unwell around the holidays on Instagram. It hasn’t dampened the Little People Big World star’s spirits. Amy is concentrating on her life’s high points. She also gave her admirers some significant news. She shared a new picture on her Instagram recently. In it, the Roloff family matriarch wore a white blouse, a knit red scarf, a grey beanie, and a purple and grey winter coat in the image. Amy was walking her dog while wearing a broad smile on her face. Moreover, the LPBW star acknowledged that she hasn’t felt like herself for the past three weeks. The weather hasn’t helped, though. She confessed that it had been cold and dark recently. But, it was finally sunny on Saturday, so she decided to take her new puppy out to enjoy the day. Amy also disclosed the adoption of a rescue puppy, which has recently lifted her mood.

The reality star also has her health as a priority. She believes that the sun’s warmth and beams will help her sinus problem. Moreover, Amy said that despite being ill throughout the holidays, she is hopeful. She said that when you’re sick, it might be difficult to experience the spirit of the season. Her fans were excited by the post. The majority of them posted their opinions in the comments thread. To express how adorable the picture is, they used emojis. Besides, others noticed that she had informed them about her family’s newest member. Amy Roloff’s supporters predominated. They discussed their opinions on her new furry friend. It pleases Little People Big World fans that she got a rescue puppy. The news that Amy is feeling considerably better these days was also welcomed by others.

LPBW: Christmas Is Around The Corner! Fans Wish For Speedy Recovery

Little People Big World’s stars Chris Marek and Amy Roloff struggled to regain control of their health. Chris Marek and Amy Roloff have spent much time together at home. The LPBW pair hasn’t ventured outside their home recently. They have a head cold and sinus infection. Moreover, they have made efforts to improve. However, it appears that the virus is resistant to treatment. Amy claims that Chris Marek and her have been ill for “far too long”. She is eager to feel better so she may resume her daily activities. The Roloff mom still has a lot of Christmas preparation to do. However, Amy is unable to go Christmas shopping because of her cold. The holiday season is drawing near. She must thus recover quickly.

Although the couple’s Christmas tree is ready. Amy is happy that Chris helped her out with the decoration earlier in December. This is because the LPBW star thought it was a big deal. She even thought she had managed to make her husband feel festive. Before the Christmas season starts, many people wish that Amy and Chris get healthier. Someone says they should “get better quickly”. Someone else hopes they look after themselves. Additionally, one wishes for a “speedy recovery”. Nobody wants to be sick over the holidays and miss the fun. She and Chris will hopefully regain their health so they may resume cherishing their time with the ones that mean to them most. For all the latest Little People Big World updates, keep coming back to TV Season & Spoilers