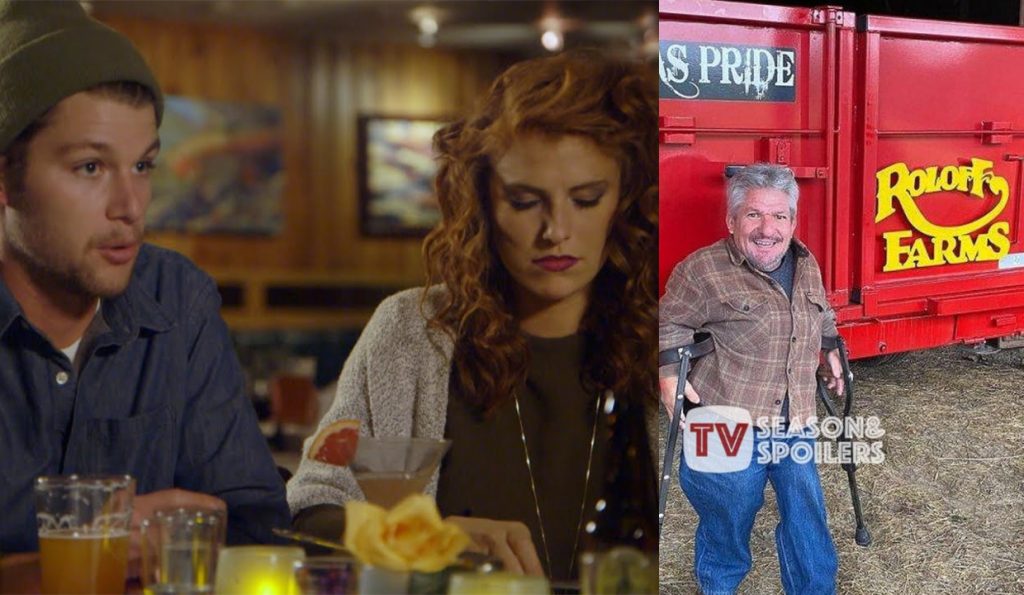 Jeremy and Audrey Roloff are former Little People Big World stars. They appeared on the show together for a few episodes until they bid goodbye to it. Initially, the LPBW couple revealed that they have different plans for their future. However, the truth came into the limelight a little later. They, too, had plans to take over a portion of Roloff Farms, and their deal didn’t go through. Since then, Audrey and Jeremy have seemingly had a distant relationship with Matt Roloff. A new post on the former’s social media just proved it further. Keep reading more to get to the bottom of this.

LPBW: Audrey & Jeremy Ignore Matt Roloff During Pumpkin Patch Despite Living 10 Mins Away From Him

Audrey and Jeremy Roloff began their journey through the world of reality TV. They starred in Little People Big World together. But life had other plans. Hence, they quit LPBW to focus on being parents and starting their own brand. Since then, a lot of shocking truths have come into the limelight. It turns out they, too, had an interest in taking over Roloff Farms. But Matt didn’t approve of their offer, just like Zach and Tori. Hence, the couple began to distance themselves from the patriarch.

A new post on Audrey Roloff’s social media shows they went to a local pumpkin patch. It was a part of their daughter Ember’s preschool field trip. It was their youngest baby, Radley’s first pumpkin patch. Hence, an exciting moment for them. Audrey and Jeremy also went to the kids’ maternal grandmother, as per their Instagram posts. That’s when the LPBW audience realized they were ignoring Matt Roloff. Their new house in Helvetia, Oregon, is merely a 10-minute drive from Roloff Farms. Yet, the family didn’t visit the LPBW star Matt for the pumpkin patch

, an event for which his farmland is famous.

Audrey and Jeremy are pretty transparent about their lives on social media. They couldn’t acquire Roloff Farms back in 2020. As mentioned above, Matt Roloff didn’t think their deal was good enough. At last, the ex-LPBW star finally made a lengthy post about how they lost Roloff Farms. Audrey started by saying that her husband was made to believe he could have the farm since he was a child. Hence, it became their dream to live on it one day. However, it was not in the stars for them to do so.

Audrey Roloff also mentioned that the couple started to get “threats” after their wedding to buy Roloff Farms immediately. However, they couldn’t do so, as there were differences between the ex-TV couple and Jeremy’s side of the family. The former child star looked at the farm as his “third parent” He wanted nothing more than to run it one day. Hence, the pair describes it as the death of a dream. However, life went on, and they developed other goals and dreams of their own. Keep coming back to TV Season & Spoilers