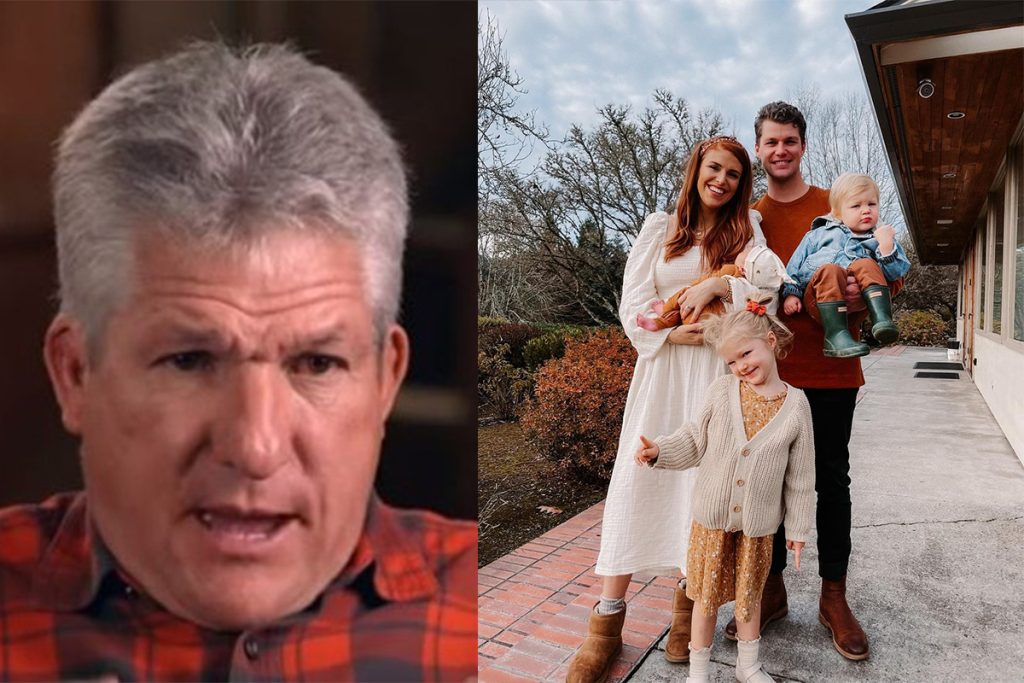 LPBW: Jeremy & Audrey Finally RETURN To Roloff Farms! Reconcile With Matt As He Realized His Mistake?

Audrey and Jeremy first became famous as a couple by starring in Little People Big World. The show captured their journey eversince the latter made the former his girlfriend. They eventually got married and have three kids now. During this time, a lot of things went wrong in their life too. For instance, the LPBW couple had a dream of living on Roloff Farms after buying a portion of it. When their negotiation failed, there has been distancing between them and Matt Roloff. However, Audrey mentioned in one of her stories that she took the kids to meet their loving grandpa. So, is their feud over? Keep reading to know more details.

The Roloffs started off their television journey as a wholesome family on TLC’s Little People Big World. Alas, over the years, the feuds continued to increase, especially the ones related to the farm. Zach and Jeremy both wanted to buy a portion of the same. However, Matt didn’t let that happen. His relationship soured with Audrey and Jeremy first and then Zach and Tori. Jer and Auj have been upfront about the “death of their dream”. However, they have moved on since then and bought new farmland to live in.

Audrey answered a fan who wanted to know if the family went to Matt’s famous pumpkin patch event. Well, the LPBW star mentioned that they did go for “a day”. She put up a video of her three kids, Ember, Bode, and Radley riding a foam-filled tractor with their grandpa. Hence, Audrey mentioned that she took the kids so they could do fun activities with Matt. Hence, viewers feel that things are still not okay between Jeremy’s family and Matt

. That’s because Audrey only lay emphasis on her kids spending time with their grandparent. They didn’t post pictures from their visit and didn’t mention it until asked. However, TV Season & Spoilers previously covered a report in which Jacob and Jeremy were spotted on the Roloff Farms together alongside their young babies.

Apart from Zach and Jeremy being upset with Matt, the brothers are also feuding. Many of the LPBW fans have noticed over the years that their families are distant now. Hence, they only meet up for big events and don’t spend time randomly. Even Amy Roloff admitted to this during her live sessions. But it looks like Audrey Roloff recently tried to extend her hand for friendship towards her sister-in-law, Tori Roloff. Apparently, Zach’s wife made a sweet post with her three kids in their Halloween costumes.

That’s when Audrey ended up commenting, “no freaking way,” as she couldn’t grasp the cuteness quotient. Along with many others, Tori also liked her comment. That’s when the audience began to feel that Audrey is slowly trying to make amends with Tori. Now both of them couldn’t get their hands on Roloff Farms. Fans believe this common loss can bridge the gap between them. Do you want to see the Roloff family coming together? Tell us in the comments below. Until then, keep checking TV Season & Spoilers