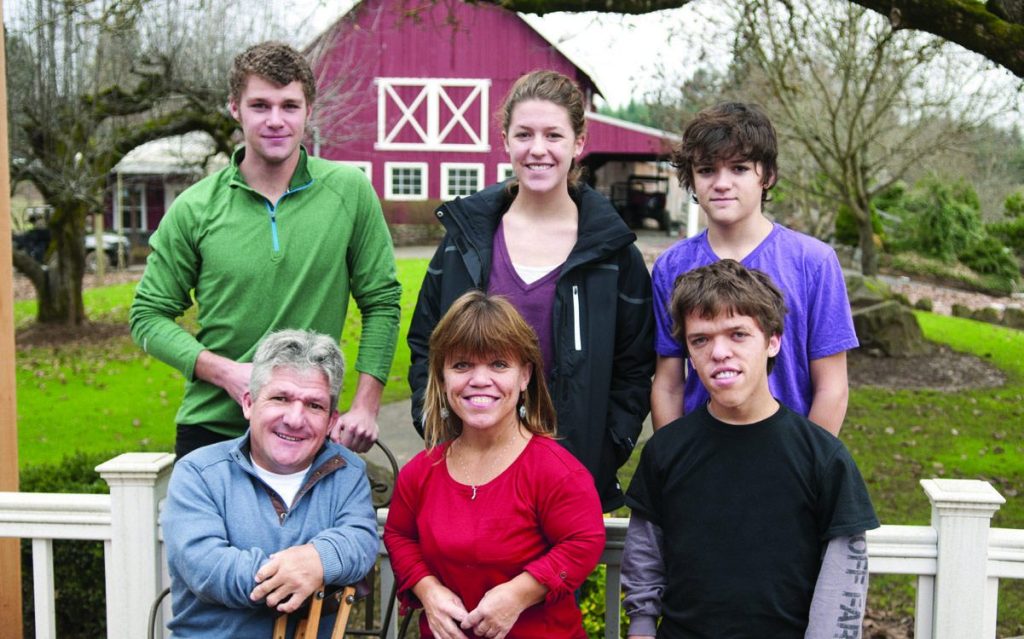 LPBW Star Kids Reunite As Their Parents Continue To Feud!

Most Little People Big World viewers who are watching the latest season would know that the Roloff family shattered just after its patriarch Matt’s one decision. Apparently, fans remember the good old times when all the LPBW stars used to live together. Indeed the family started with Matt and Amy living on a huge farm with their children. But over the years, things have changed. Jeremy decided to leave the show, while Zach decided to leave the Roloff farms. Hence, slowly, the distance grew. But it seems that the second generation is getting along together irrespective of the issues of adults. Yes, you heard it right! Apparently, after a long time, all the Roloff kids celebrated Christmas together. We have all the information you might wish to know, so keep on reading.

The LPBW fans know that the young Roloff kids hardly get any chance to get along with each other. While the twins Zach and Jeremy always have had issues from their past and weren’t two peas in a pot ever. At the same time, their wives also don’t have a hardcore bond either. But it seems that even after having all these issues, the Roloffs have decided to keep them away from their kids and to let them have their true cousin bond.

Hence, recently, Tori took to Instagram and shared a wholesome picture of all the Roloff kids sitting together on a sofa. Apparently, the picture was taken in front of a giant Christmas tree at Jeremy and Audrey’s house. The snap had kids of Jeremy, Zach, and, shockingly, Jacob and Isabel as well. Fans know that Jacob and Isabel usually prefer to keep their lives private. Hence, Tori decided to respect their privacy and put a heart on their son’s face. All the kids wore similar Christmas pajamas, while some of them opted for matching ones as well.

Tori captioned the picture saying, “This is what it’s all about, ladies and gents!”. A lot of LPBW fans loved the snap and predict that the old times might return soon. Maybe there’s a chance that if the cousins bond well with each other, they could again start living together and can restart the show from a new end. However, it will take decades for this to happen. But for now, fans are happy to watch the Roloff kids reconcile with each other and wish their parents also do the same.

LPBW: Matt Makes A Move To Reunite His Kids

According to a lot of LPBW fans, it was Matt because of whom the family shattered. Hence, now it seems he is trying to reconcile with his kids. Shocking, isn’t it? But don’t get your hopes high. The viewers have been watching the show for years now and are well aware of the fact that the patriarch never does anything without his profit. Hence, this time as well, things aren’t different. Recently, the LPBW star announced that he didn’t sell his house and is now going ahead with his Plan B. Apparently, his Plan B is to convert the Roloff family house into an Airbnb.

Not only this, but to gain attention, Matt also added that he always wanted all his kids to figure out a way in which they could equally have the farm. Hence, according to him, this is the perfect arrangement. He further explains that kids and family members can now block their time and spend it on the farm. In addition to that, Matt is also convincing Amy to give cooking lessons during the visitor’s stay. But the question arises: Will the Roloff kids prefer to return to the toxicity they escaped from? Well, it will be interesting to watch how things will unfold now. So all the viewers who were complaining that the show is getting mundane, now tie your seatbelts as real drama is coming soon. Keep coming back to TV Season & Spoilers