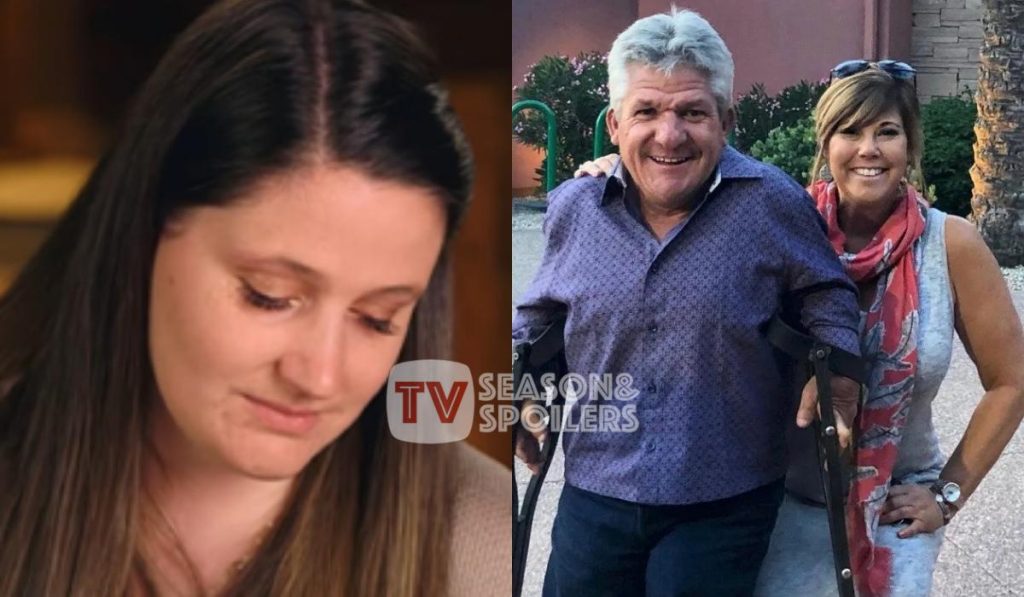 Tori and Zach have been the main Little People Big World castmates for many years now. Apart from them, Matt Roloff, Caryn Chandler, and his ex, Amy Roloff, with her husband, Chris Marek, are prominent figures. However, things have turned quite bitter between the LPBW celebs Zach and Matt since their farm deal didn’t work. Hence, the show has been focussing on that aspect a lot. It seems like Tori Roloff is getting annoyed by this and suggested that the network should give her family their own spin-off! Keep reading to know more details about this.

LPBW: Tori Roloff Wants A Solo Show For Her The Family?

Tori and Zach Roloffs have been clear about maintaining distance from Matt Roloff. It’s because the couple had dreamed of living on Roloff Farms. However, the patriarch thought Zach wasn’t a good fit for this property and didn’t let them have the land. Since then, the Little People Big World episodes have seemed quite dramatic. After the last season, the network started milking this fight a lot. While the fans seem tired of hearing about the same fight again and again, Tori Roloff feels the same. It turns out that the LPBW star recently made a post voicing her opinion on her Instagram with more than 1 million followers.

She put up a picture from the recent LPBW episode. It had her husband, Zach, and son, Jackson camping together. Apart from this, Tori also put up a caption saying this is what the reality show “should be about” and she is “here for such content”. Many viewers feel that the young mother was taking a dig at her father-in-law and his girlfriend, Matt and Caryn. Hence, they believe that Tori was seemingly asking for a show for her own family

and suggesting that the network should get rid of Matt and Caryn. However, there is no confirmation about this, as it’s what fans have been speculating.

While many Little People Big World fans believe Tori wants Caryn and Matt not to be a part of the show anymore, this might turn out to be true. That’s because sources reveal that Matt Roloff’s girlfriend is willing to quit the show. It turns out that the farm feud has brought a lot of negativity her way. Apparently, many fans believe that she is the one who manipulated Matt into not giving a part of the farm to Zach’s family. Hence, she has been getting a lot of hate and undergoing trolling.

Apart from this, Caryn is also ready to move to Surprise, Arizona. In fact, she and Matt are ready to turn over a new leaf in the new state. While the father of four had stated that he wants to do more seasons of the show, TLC has not yet renewed it for a new season. Hence, there is no confirmation if Matt will return for more seasons or not. Well, fans also worry that once Matt and Caryn are gone, there won’t be enough stars to carry on the show’s legacy. So, fans will have to wait and see what the future holds. Stay tuned to TV Season & Spoilers

for all latest LPBW updates.