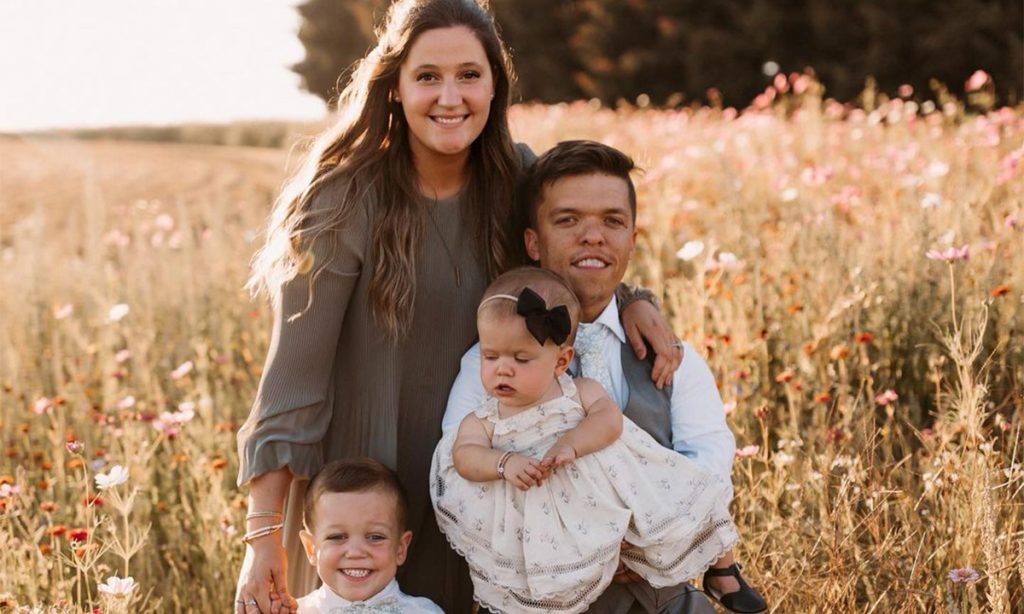 Tori and Zach have been very popular since they became part of Little People Big World. Initially, the show was about Zach’s parents, Matt and Amy Roloff. As years passed by, the younger couple surpassed the former to become more popular. Hence, the LPBW fanbase largely watches the show for Zach, Tori, and their adorable kids. It turns out that the pair had something very special to celebrate. Hence, Tori took to her social media to reveal she and Zach have completed seven years since they got married to one another.

Tori and Zach became popular on Little People Big World since love bloomed between the two. Initially, the LPBW fanbase knew Zach for long as he had been part of the show since he was a teenager. However, Tori came into his life a few years later. Apparently, it happened when she was working at Roloff Farms, and they saw each other. In fact, both of them told their friends they found the other “cute,” and the rest is history. So, after four years of dating one another, the couple finally tied the knot at Roloff Farms on July 25, 2017. Hence, th is day marked their 7th wedding anniversary.

As a result, Tori took to her social media to share what the couple did to celebrate the day. Apparently, both of them had a few drinks while being on a wholesome date. In her wedding anniversary post, the young mother reflected on some of the major milestones the LPBW pair hit together. As per Tori, the couple has had three kids and stayed within three houses. At last, the Roloff family member called it an “incredible ride”. Hence, she called her husband the “best life partner” by professing her love for him and looking forward to many more years together.

LPBW: Zach & Tori In Trouble For Not Letting Matt Babysit!

While most of the Little People Big World fanbase loves Zach and Tori, things were a bit different after the latest season. It turns out that the couple has been feuding with Matt Roloff. That’s because they wanted to live on Roloff Farms and buy a part of it. However, that didn’t happen as their couple wasn’t good enough for the LPBW patriarch. Therefore, they moved to Washington after their clash into a new house. Well, the latest episodes revealed that Zach is in no mood to forgive his father.

That’s because Matt Roloff offered to babysit Zach and Tori’s kids, Jackson and Lilah. However, the 32-year-old responded very vaguely to that idea. Later on in his confessional, Zach revealed that he doesn’t feel like he is in that “stage” with his father yet. Although he wants his kids to have a good bond with their grandfather, he is not ready for it as of now. So, viewers shunned him and Tori both for creating a distance between their kids and their grandparent. Keep track of all the latest LPBW news updates only on TV Season & Spoilers.