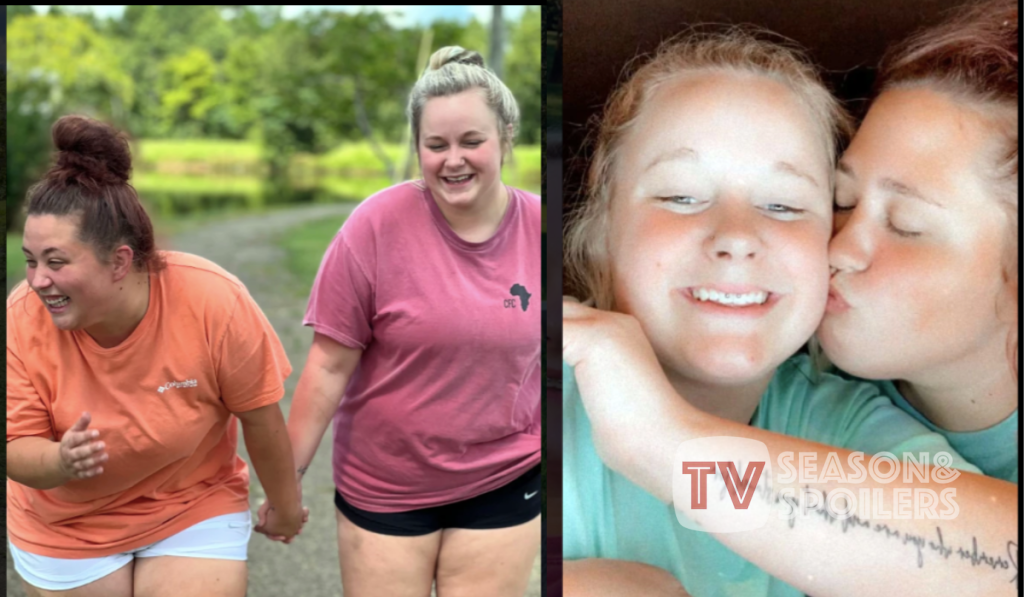 Mama June and her daughter Lauryn are married to their respective and share happy relationships with them. But, in 2015, June and Pumpkin came out of the closet as bisexuals. The reality star is that she’s had her fair share of romance with women. Moreover, even Pumpkin stated that she had dated girls in the past. And now, June’s other daughter, Jessica, has become bisexual. Likewise, she also revealed the person she’s dating. Tune in with us to know more.

June Shannon married Justin Stroud earlier this year. The couple seems to be experiencing a great time together. However, many speculate that Justin is after Shannon’s money. On the contrary, Pumpkin is married to her love and has four kids with him. Hence, the mother and daughter experimented when they came out as bisexual. Fans have always been accepting of celeb’s decisions. And now, June’s daughter Jessica has shocked the fans by coming out as a part of the queer community. Mama June Jessica posted a picture with her girlfriend. Moreover, this is the first time the reality star has publicly noted her relationship.

Jessica Shannon (25) is dating a 19-year-old single teen mom who goes by Shayann. TheSun took pictures of the couple holding hands and kissing. The chemistry between the two is commendable. They sure look much in love. Moreover, on Memorial Day, the daughter of Mama June shared another picture with her girlfriend. It is unknown the timeline of the couple’s relationship. Meanwhile, the social history of the two states is that they have known each other for a while. Jessica wished Shayann’s daughter on her birthday in June. Besides, this is the first time Jessica has revealed her relationship.

The reality celeb hasn’t really opened up on Here Comes Honey Boo Boo. Hence, the Mama June viewers aren’t aware of Jessica’s other relationships. Meanwhile, looking at the pair’s dynamic, the fans are happy for Jessica. The TLC audience noted they were very happy that Chubbs came out of the closet. And now, the viewers are wondering if they will get to see Shayann no Mama June: Road To Redemption.

June Shannon has a way of making the headlines without much effort. The fans have often seen getting into controversies. And now, June has again shocked the fans with another piece of news. As people know, Shannon and YouTuber Adam Barta were good friends for a long time. However, they stopped talking as things went south. Turns out June has sued her best friend

. This comes after Adam asked June to be his consultant for his new project. Being a good friend, Shannon helped Barta. But, Shannon has claimed that Adam didn’t pay her for her services.

Meanwhile, the YouTuber maintained that June didn’t sign the contract he sent. Mama June feels that Barta used her fame to ease his project and obtain financial gain. Besides, the court has asked Adam to compensate with $5000 to June Shannon. Amid the chaos, Adam wants to befriend Shannon, but the reality star isn’t ready to shake hands. Stay tuned to TV Season & Spoilers.