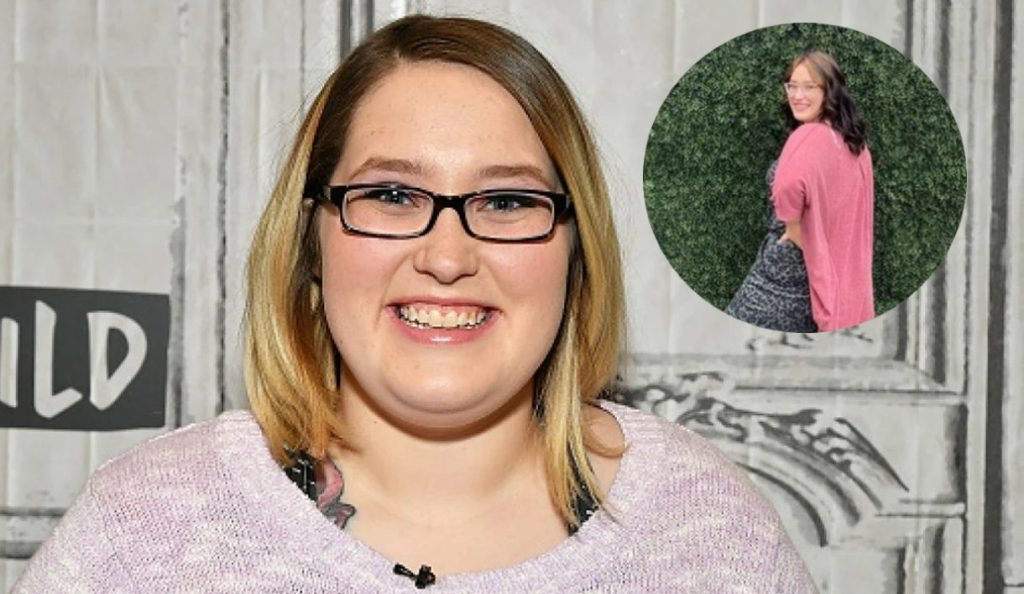 The Mama June family has been distorted lately. The family almost went down when the matriarch Mama June, decided to choose a man over her kids. However, Pumpkin took charge and held the family together. It is just because of Pumpkin, her younger sibling Honey Boo Boo is stable and has a bright future ahead. The responsible sister took custody and is also parenting her sister with her kids. Amidst all this, Pumpkin didn’t forget to pay attention to herself. Recently, she shared a picture flaunting her steaming body. To know more, keep on reading.

The Mama June star Lauryn aka Pumpkin Efird, recently took to Instagram and shared some pictures flaunting her stunning weight loss. Apparently, she has lost around 40 pounds in just a year. The snaps were from her trip to Las Vegas with her husband, Joshua. The first two pictures were wholesome as the couple posed together while cuddling. Pumpkin held a pink drink in one hand while holding her husband with another. She wore a cute pink sweatshirt paired with black pants. Lauryn and Joshua smiled at the camera for the snap. Though people loved those pictures, the third video stole everyone’s attention.

The 22-year-old posted a dancing video showing off her stunning body, as per TheSun. She wore a transparent top with just a black sports bra and a denim jacket paired with black pants. It was a mirror video with Pumpkin looking all hot and steaming. “Fits go, crazy girl,” commented a fan on her picture. Another one added that the couple looks get together. The third one said in disbelief that it is unbelievable that Lauryn had twins recently. Fans wanted to know the star’s secret of such a miraculous weight loss.

The popular reality TV star Pumpkin has finally revealed the secret for her weight loss. Though the star has promoted diet aids and shakes, she recently revealed that there are easier ways to reduce weight. The star finally revealed after a fan accused her of having surgery to reduce her weight. Pumpkin took time to reply to her fan and told her that she didn’t undergo any surgery. It’s just her hard work. Lauryn added that she had stopped overeating and prefers to drink a lot of water as well. Mama June fans loved her transformation and didn’t leave a chance to appreciate her.

Not only this, Pumpkin has indeed been a great sister and a mother to her 17-year-old sibling. There is a possibility that Lauryn and Alana are planning a new spinoff without their mother

. The matriarch Mama June has completely been abandoned by the kids and is living in Alabama with her new husband, Justin Stroud. Apparently, fans think it is good for the kids that Mama June is away from because of her ongoing drug possession issues! Keep coming back to TV Season & Spoilers for all the latest Mama June updates.