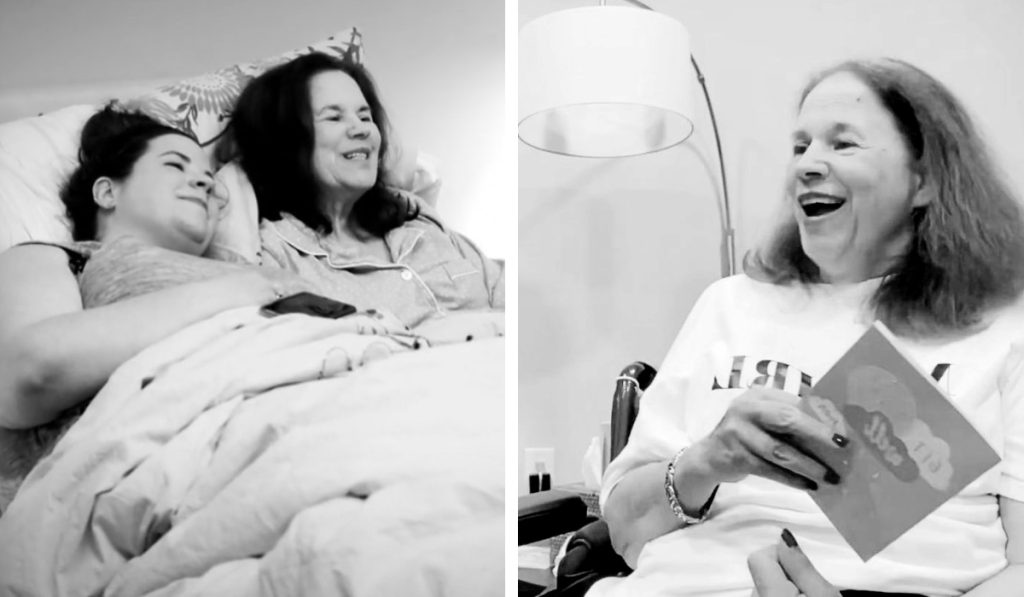 MBFFL: Fans Are Worried For Whitney Way As She Believes Her Mom Is Sending Signs After Her Death

Fans know that the latest season of MBFFL was one of the most emotional ones. However, after everything that happened, it was recently revealed that Whitney Way Thore’s mother recently took her last breath at the age of 76. The entire TLC family is still mourning the death of the matriarch. Indeed the viewers were really fond of Babs and shared a bond with her. But it seems that Whitney is having a hard time dealing with the loss. Recently, she took to her social media to claim that the late Barbara Thore was sending her signs! Yes, you heard it right. As per the star’s claims, Babs is trying to throw hints from the afterlife. We have all the information you might wish to know, so keep on reading.

MBFFL: Is Babs Really Sending Signs From After Life?

The MBFFL fans witnessed the ailing health of Babs in the previous seasons. Apparently, her deteriorating condition and her second stroke were featured in a lot of the episodes. Hence, the viewers were a part of the hard journey that Babs had to go through. Evidently, Whitney is one of the most popular stars of TLC, which is why fans also developed a bond with her parents as well over the years. Indeed it was a difficult time for the entire MBFFL family, as the loss they suffered was huge. However, amidst all this, Whitney recently claimed that her mother is sending her signs from the afterlife.

celeb shared her “little cardinal story”. She added to her caption that lately, she has been spotting cardinal birds everywhere. Not only this, but she also received texts from her best friends Tal Fish, Tod, and someone really close to her that they saw the little red bird one way or another. But the shocking part was that all this happened at the same hour! Hence, Whitney posted all the screenshots and said that she was hesitant to share her cardinal story and was skeptical about it, but it comforted her, so she shared anyhow!

For those who don’t know the reference about these cardinal birds, we got your back! Apparently, there is a belief that spotting vibrant red birds is a spiritual sign. In addition to that, it is further believed that the Cardinal birds remind people that those who are dead will live forever. Hence, Whitney related all these signs to her mother, as all these incidents happened just a few days after her mother’s demise.

MBFFL: Whitney Shared A Heartbreaking Video From Her Mother’s Funeral

The MBFFL star recently took to Instagram and invited all matriarch’s fans to the funeral of her mother. Hence for all those who couldn’t come, Whitney shared a glimpse of the final ritual of Babs. The clip featured the final journey of the casket. It was decorated with red roses and was being carried by her friends and family into the funeral service chapel. The star wrote a lengthy and emotional caption while on the video, she wrote that “Rest in peace Sweet Mommy”. She further added that Babs was the best mother and indeed was her best friend, and she’ll live for her from now onwards.

In the sorrowful caption, the star quoted Henry Scott Holland’s famous death poem. It is one of the poems which is often read at funerals. Fans took to the comment section and thanked Whitney for sharing the last journey of the matriarch. The viewers expressed their grief and consoled the celeb. Keep coming back to TV Season & Spoilers for all the latest My Big Fat Fabulous Life tea.