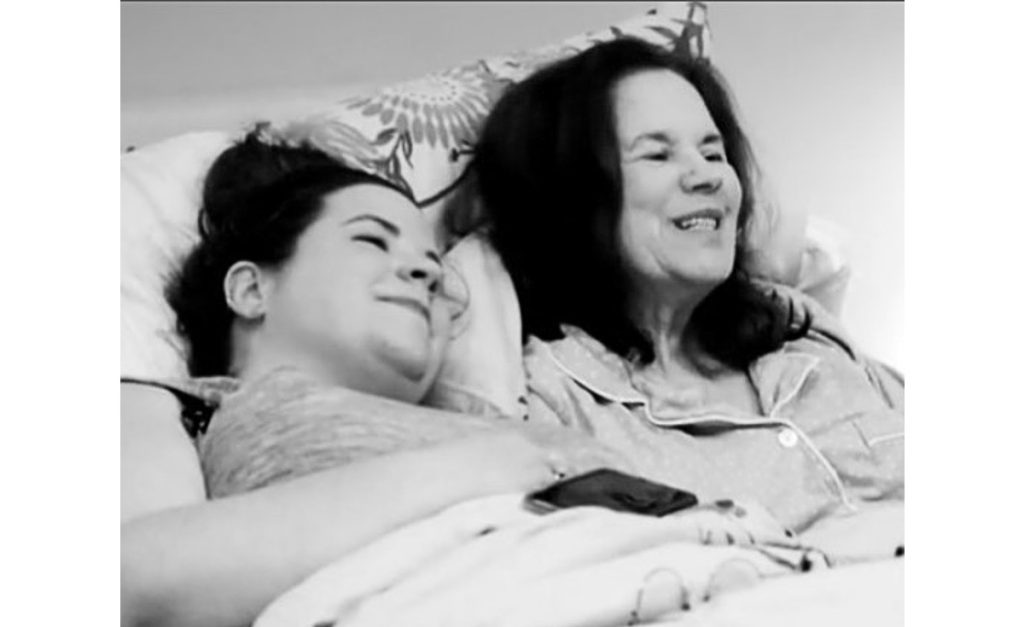 The latest season of MBFFL has been one of the most emotional ones. Apparently, fans know that Whitney Way Thore’s true personality came out on the show unapologetically because of the support she got from her close ones. Indeed, the core support for Thore was her mother. But sadly, the celeb recently announced her mother’s sad demise at the age of 76, which shook the world to its core. However, Whitney has recently invited all the fans of Babs to her funeral services. We have all the information you might wish to know, so keep on reading.

MBFFL: Whitney Wants Fans To Be A Part Of Her Mother’s Funeral

My Big Fat Fabulous Life fans know that the leading star, Whitney Way Thore, has been dealing with a huge loss lately. Apparently, they not only have a close connection with Whitney but also admire her parents, Barbara and Glen. The latest season has closely witnessed the matriarch’s ailing health. Evidently, her second stroke and deteriorating condition were a part of the season. Apparently, Whitney has always updated the fans about her mother’s health and disease.

When Barbara got a stroke in 2021, Whitney even invited her fans to send get-well-soon cards and wishes to her mom. Even during her stay in an assisted living facility, the celeb never failed to share cute, funny videos with her mom as the duo enjoyed their family time together. However, with a heavy heart, the TLC star took to Instagram and shared that her mother, Babs Thore took her last breath on December 7 at the age of 76. Fans couldn’t believe the news and felt that they had lost someone really close to their heart.

Hence, Whitney has always kept her fans intact in her happy and sad moments. So, the star took to her social media and invited everyone to become a part of her mother’s cremation rituals. The celeb added that her mom’s visitation is on Friday, December 16, from 5-8 pm. She further gave the information that the public funeral is on Saturday, December 17, at 12 pm. As for the venue, the MBFFL

celeb added that both are at Forbis and Dick Funeral Service: 1118 N Elm St, Greensboro, NC 27401. Not only this, Whitney made it clear that her mother’s funeral is open to the public, and whoever loved her mother can definitely become a part of it.

MBFFL: About The Medical Condition That Took The Life Of Babs

The MBFFL fans know that the matriarch’s health issues were a part of the show. Apparently, Babs was diagnosed with a medical condition called Cerebral Amyloid Angiopathy. Now you might be thinking that what exactly is Cerebral Amyloid Angiopathy? Apparently, this medical condition is also known as CAA. As per medical science, in CAA, amyloid starts to grow on the walls of the human brain. Evidently, amyloid is basically a kind of protein that is deposited on the walls of the liver, kidney, and other organs during certain diseases.

If we talk about the criticality of this medical condition, it, at times, directly leads to dementia and internal bleeding of the brain. However, it is really common when it comes to people above the age of 55. The main drawback of this is that it leads to memory issues as it is directly related to the brain. Yet, the most common symptoms among them are drowsiness, headaches, vomiting, etc. Apparently, the matriarch had strokes often. Though she had dealt with them in the past, she couldn’t survive the stroke on November 13, 2022. Evidently, it took the star’s life and left the world mourning. Keep coming back to TV Season & Spoilers for more MBFFL updates.