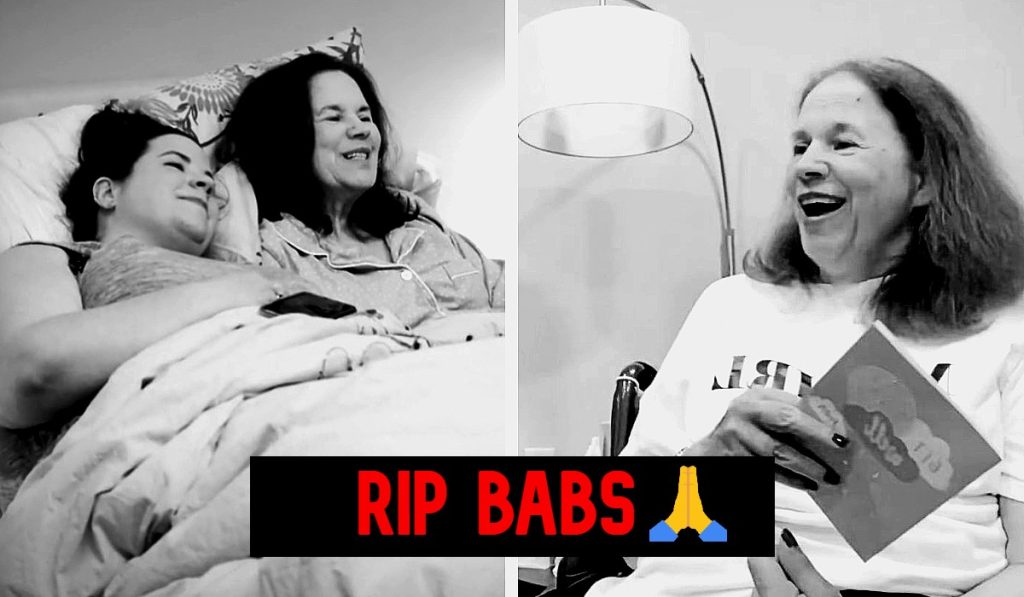 While Whitney Way Thore had always been unapologetic by unleashing her true self on My Big Fat Fabulous Life, she got a lot of support. In fact, her near and dear ones have been her pillars of strength for a long time. This includes her parents, Barbara and Glen Thore. However, the last MBFFL season was quite intense. That’s because it had Whitney’s mother, Babs, going through a serious stroke, and the family dealt with this tragic circumstance. Alas, the TLC star recently revealed that her mother breathed her last and is no more in this world. She was 76 years old. Keep reading for more details.

As mentioned above, Whitney Way Thore’s strength came from the people around her. The MBFFL castmates would never fail to be supportive of her life and choices. Her parents, Babs and Glen, were her biggest cheerleaders. In fact, viewers developed a very soft concern for the parents and would often shower love on them. Unfortunately, Whitney had to be the bearer of bad news recently. Through a heavy Instagram post, the celebrity revealed that her mother, Barbara or Babs, is no more in this world. She paid tribute to her by putting up a sentimental video from all walks of her mother’s life. The TLC star revealed that her mother lost her life on December 7. She also spoke about the late Barbara Thore’s ailing health

and what caused her demise.

Whitney mentioned that her mother, Barbara Thore, was dealing with cerebral amyloid angiopathy. It is an incurable condition that only worsens over time. It stems from the protein in the blood vessels of one’s brain. The Thore family found out about this condition after Babs’ first stroke in 2017. She had another in 2021 and the last one in 2022. The aftermath of it also became part of the recent season of MBFFL. While remembering her dear mother, Whitney called her her family’s “greatest gift”. They can never love “another person” more. The star also thanked the audience for loving her mother through their screens. She remembered her “witty remarks”, “southern charm”, “beauty,” and her comforting presence.

MBFFL: Whitney Remembers “Most Treasured Time” With Her Mother

Before her passing, Whitney Way Thore never shied away from giving health updates about her mother on her social media. In fact, it was also a huge part of her storyline in the last season. The time around Bab’s second stroke was important for the Thore family. As they were going through such tough circumstances, they tried to put their best foot forward. The 38-year-old star called it the “most treasured time.” That’s because the castmates got a lot of love and support from the MBFFL fanbase for Babs. They started calling Barbara Thore “America’s Reality TV Mom”. This honor made everyone in the family very happy.

With this, Whitney also put up a sweet video of her mother from rehab. Both the mother-daughter duo were having a heartfelt conversation. Babs was smiling innocently and radiantly as her daughter told her how much everyone loved her. The mother also shed a few years after hearing about her Glen, who, Whitney said, loved her the most. Besides, the family members also shared a kiss while Whitney continued to console her dear mom. The fanbase was very happy to see Whitney sharing such a cherished moment with them through her social media. As of now, they have been sending in their condolences and praying for the Thore family. Keep coming back to TV Season & Spoilers for all the latest updates on MBFFL.