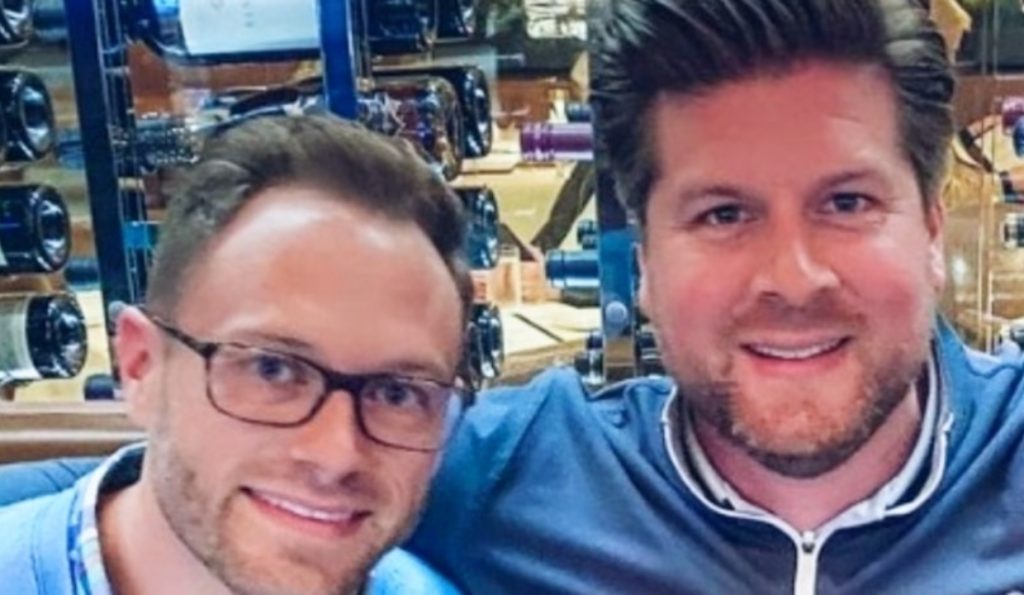 Adam and Danielle Busby have made a reputation for themselves for being the most adored TLC parents. In fact, viewers get to see the wholesome side of their relationship and parenting through their show OutDaughtered. Well, another castmate who enjoys the fair share of the limelight with them is Uncle Dale, i.e., the couple’s brother-in-law. Lately, Adam and Danielle have marked 16 years of togetherness. However, Dale couldn’t but make some hilarious comments on their special day. Hence, Adam ended up flirting with him. Keep reading to know more details.

Adam and Danielle make one good team as parents. After all, raising quint daughters and a teenager is no easy task. Therefore, they receive lots of love from OutDaughtered fans. However, another fan favorite person is Uncle Dale, Danielle, and Adam’s brother-in-law. Well, it looks like Uncle Dale and Adam are quite the buddies who never fail to showcase their bond. While it was very apparent through their reality show, they take special moments to make their audience laugh. Surprisingly, they did so on Instagram by depicting their love for one another.

Lately, Adam Busby put up a lovely post with his wife, Danielle. In it, they were celebrating 16 years of being to gether and shared a bunch of pictures with the background of a sunset. Well, their good friend Dale was quick to use the comments section to goof around a bit. Hence, he joked that the couple didn’t put up a single picture with him. Well, papa Busby then replied to his comment by saying that “sunrises” with Dale would always be “better”. As a result, the OutDaughtered fans admired their bromance and had a laugh at their exchange.

While the OutDaughtered fans were happy for Adam and Danielle’s wedding anniversary celebration, they were worried for the two a while ago. Apparently, the couple took to social media to reveal they were on a break. Well, worry not. By that, they just meant that they are taking a hiatus from shooting their show, OutDaughtered. Well, it turns out that the family had not returned to TLC for a while. Hence, viewers began to wonder if the Busby couple were bidding goodbye to the show forever. Hence, both of them finally took to their social media to address this matter.

In a Youtube video, Adam and Danielle talked of the COVID pandemic affecting the family in a negative manner. Hence, when things went to normal, their daughters began to get outdoorsy, taking up new activities and so on. Therefore, filming became hectic. Moreover, the parents also want their kids to have a life outside of being surrounded by the camera crew. As a result, the Busby family is on a break and will return to do more seasons of the popular reality show. This will happen when Adam and Danielle feel that it is the right time to return. Until then, they talked of coming up with more Youtube videos and being active on Instagram. Keep track of all the OutDaughtered news only on TV Season & Spoilers.