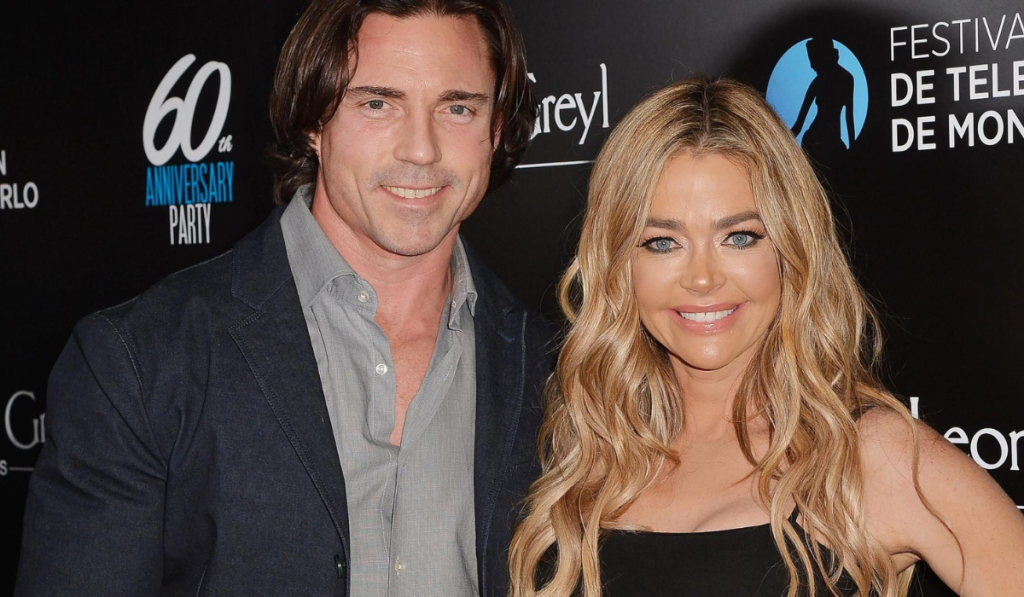 Denise Richards is known for her wild pictures back when she was young. The mother still smothers fans by posting exceptionally great pictures on Instagram. Recently, Denise and her daughter have joined the adult content creation platform, OnlyFans. The RHOBH alum did it to support her daughter, Sami Sheen. The latter shocked the viewers by joining the platform at such a young age. And now, Denise Richards has revealed that her husband helps her to create content for the adult content site. So, tune in with us to find out.

RHOBH: Aaron Phypers Tells His Wife What Men Would Like

Charlie Sheen wasn’t happy when he learned about his daughter’s OnlyFans platform. Moreover, the two-and-a-half-man celeb blamed his ex-wife for his daughter’s introduction to the website. However, Denise Richards came out in Sami Sheen’s support after a while. She also told the viewers that she would see things in check before letting them posted on the platform. The RHOBH alum shocked everyone by joining the platform as well. Denise Richards has previously done NSFW content while working with playboy and other magazines. The mother-daughter duo has also collaborated on OnlyFans. Meanwhile, everyone wondered if Denise’s husband was okay with her doing the adult content. Well, it seems like he’s more than okay.

The RHOBH personality appeared on Sirius XM’s Jeff Lewis Live last Thursday and told the viewers something interesting. Denise’s husband helps her to create content for her. Moreover, Meaww reports that Richard’s husband helps her and tells her what content would do well among men. The reality star then revealed that she had done shots in bikini and lingerie and obviously did stuff that was even sexier. Richards also noted that she does more adult content stuff that she isn’t able to do on Instagram. Besides, Denise was surprised to see the money one can make on OnlyFans. And Bravo fans love to control her content according to her will.

RHOBH: Denise Richards To Return To The Show Even If Lisa Rinna Is Still There

The Bravo star has noted her urge to return to the show. And while being o Sirius XM’s show, the reality revealed that she is willing to return. For a few days, rumor has been going on that Denise won’t join if Lisa Rinna is still on the show. However, the RHOBH celeb discarded all the rumors and said there isn’t anything like that. Besides, Richards added that she would join the show

even if Lisa were on the show. Though the frenemies had a rough ending, Richards noted that Rinna likes to play it dirty.

Moreover, whatever happened between the two, Lisa sent her an apology. However, even after that, Richards doesn’t want to be friends with her as Rinna can be nasty. Though Rinna apologized, she went on to do the same behavior afterward. Bravo hasn’t commented if they have reached out to Denise for the new season. Stay tuned to TV Season & Spoilers for the latest updates on RHOBH.