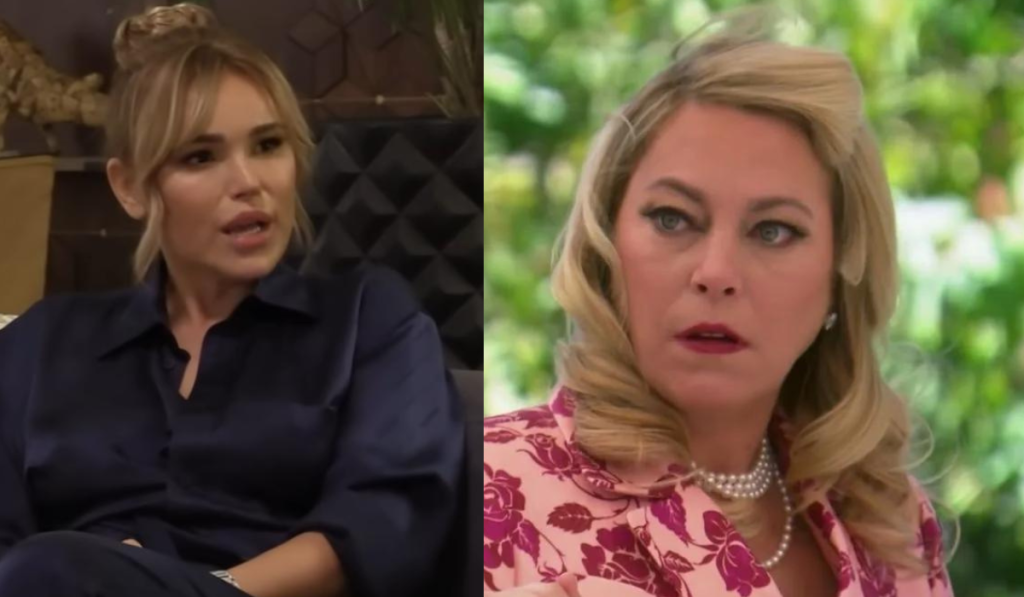 RHOBH: Fans Disgusted With Diana Jenkins’ Comment On Calling Sutton A The C-Word!

Diana Jenkins might seem innocent, but fans don’t believe it. The Bravo audience has been seeing Jenkins’ words hitting like swords to the other cast members. More specifically, the human right activist is throwing hateful comments at Sutton. The drama between these two ladies ensued on their trip to Punta Mita. It was where Starcke made Jenkins cry. The RHOBH newbie is throwing shade and vile comments at the OG. The Beverly Hills fans are disturbed by Diana’s behavior and couldn’t believe it when she called Starcke the “C-word.” Tune in to know the full story.

RHOBH: Diana Jenkins Takes It Too Far By Calling Sutton A “C***”

Season 12 of Real Housewives Of Beverly Hills has gotten dirty. The cast members are throwing shade at each other with much hate. Moreover, fans were upset with Lisa Rinna’s behavior too. She has been acting as a wrecked member of the reality show. Besides, Diana Jenkins is also setting out her plans and has made Sutton her new target. At Garcelle’s birthday party, Jenkins told Sutton that she was the fakest person ever. Diana continued to call Starcke boring and noted that she could not forgive her for being boring. The remark was followed by Sutton calling Jenkins a “soulless” person. In addition, the RHOBH fans observed that Diana gave Sutton the “middle finger” while they were having lunch.

With so much banter with these two, the trip to Aspen wasn’t a wonderful one. A fan account posted a video where Diana called Sutton the “C-word.” Sutton stated that no members stood up for her when Diana called her the “C-word.” However, the RHOBH celeb was met with Lisa Rinna’s cold answer, “Why do we need to?” And then Diana followed it by saying, “Because you are one.” The unruly cast, like Erika Jayne, burst into laughter while Crystal Kung showed her disgust with the comment. Apparently, only Garcelle Beauvais stood up for Sutton

and noted to Diana that it wasn’t okay to say that.

The RHOBH viewers are disgusted and don’t want to see Diana anymore. The audience noted that Jenkins is the definition that money doesn’t buy class. Likewise, the others are hoping that the “Room 23” author doesn’t come next season. Moreover, most people want Bravo to fire Diana Jenkins. Well, the network hasn’t said anything related to this. Nor are they pointing to the toxic behavior amongst the cast mates. Meanwhile, Kyle Richards states that Diana is a different person off-screen, and she feels bad because Diana is new and everyone is dragging her.

And it is not only that Diana is getting the hate. Lisa Rinna and Erika Jayne have also become part of the hate club. The Bravo audience wants them to apologize for their actions. Per the viewers, Garcelle and Sutton are the only good cast mates. What do you think? Tell us in the comments below. And stay tuned to TV Season & Spoilers for the latest updates on RHOBH.