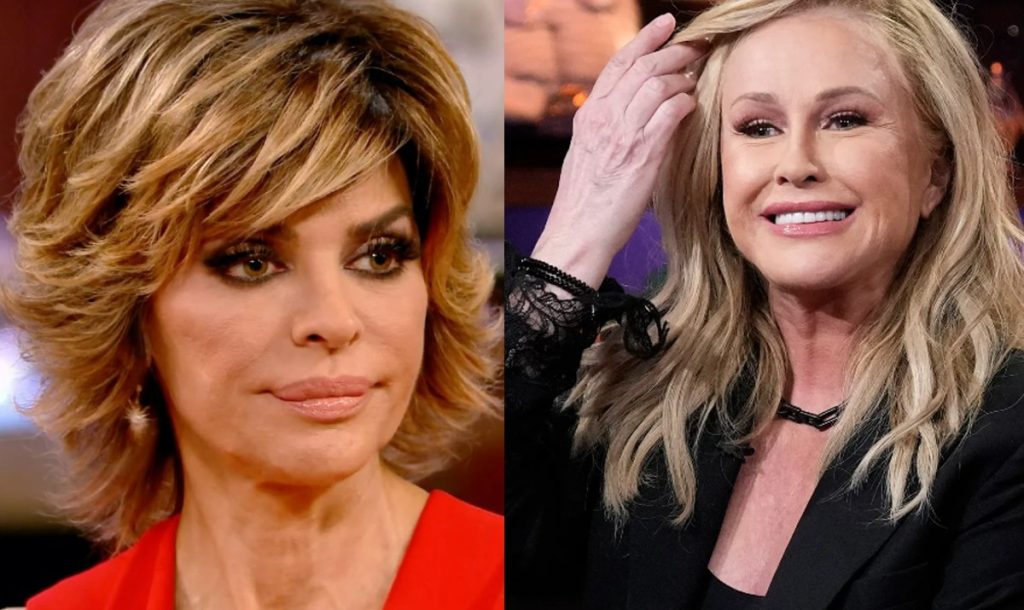 Lisa Rinna’s exit from Real Housewives Of Beverly Hills has created a thunderstorm in the industry. Andy Cohen, the BravoTv executive, stated that the show’s shoot had taken a break. However, the cast members were decided, and the show was supposed to get filmed in a month or so. The channel took its time to announce the cast after various speculations. Lisa Vanderpump, Teddi Mellencamp, and other stars expressed a wish to join the star cast. Gradually, BravoTV released the cast with members including Kyle Richards, Sutton Stracke, and even Erika Jayne. Other stars like Crystal Minkoff, Dorit Kemsley, and Garcelle Beauvais will also be in the new season. Kathy Hilton is not a part of the cast, but there’s a catch. Keep reading to find out!

. Both parties said several things to each other, although Kathy got personal and spoke about her half-sister Kyle Richards. Since then, there has been a cold war going on between the two. Later on, Kathy claimed that she would not join RHOBH if Lisa Rinna and Erika Jayne were part of it. After Lisa announced her departure, fans have been wondering about the possible reason.

After Lisa announced her departure, fans have been wondering about the possible reason. Even though the reality-tv actor claims it was a mutual decision, people are certain it isn’t true. Fans feel that Kathy Hilton might have possibly got Lisa Rinna fired from Real Housewives of Beverly Hills. A Real Housewives fan noted that Kathy’s daughter, Paris Hilton has an ongoing project with BravoTv’s sister network, Peacock. Hence, the channel wouldn’t do a thing to upset Kathy.

At the RHOBH reunion, Kathy Hilton called Lisa the biggest bully and claimed she scrambled for a storyline. Further, she stated that she would join the show only if Lisa and Erika would not be a part of it. Surprisingly, fans of the show also believe that this is the reason for Lisa’s exit. Hence, it is highly believed that Lisa’s enmity with Kathy is what got her out of the show since the channel values the latter star more.

After all the people, Harry Hamlin finally broke the silence on his wife’s exit from Real Housewives of Beverly Hills. In an interview with People, he stated that she does her job: to show up on time and interact with people. However, he also acknowledged Lisa’s hot-button issue, which is injustice, except when someone behaves incorrectly. It also gets her into a lot of trouble but has helped the show.

Fans have criticized Lisa a lot in the past on Kathy’s issue as well. The husband, however, affirmed that he had known his wife for 30 years, and she had never said something untrue. Further, he ignores the criticism because he believes it is all false. Additionally, Harry thought it was high time Lisa left the show and moved ahead after ‘elevating the show’ for eight years. For more exciting news updates, stay tuned to TV Season & Spoilers.