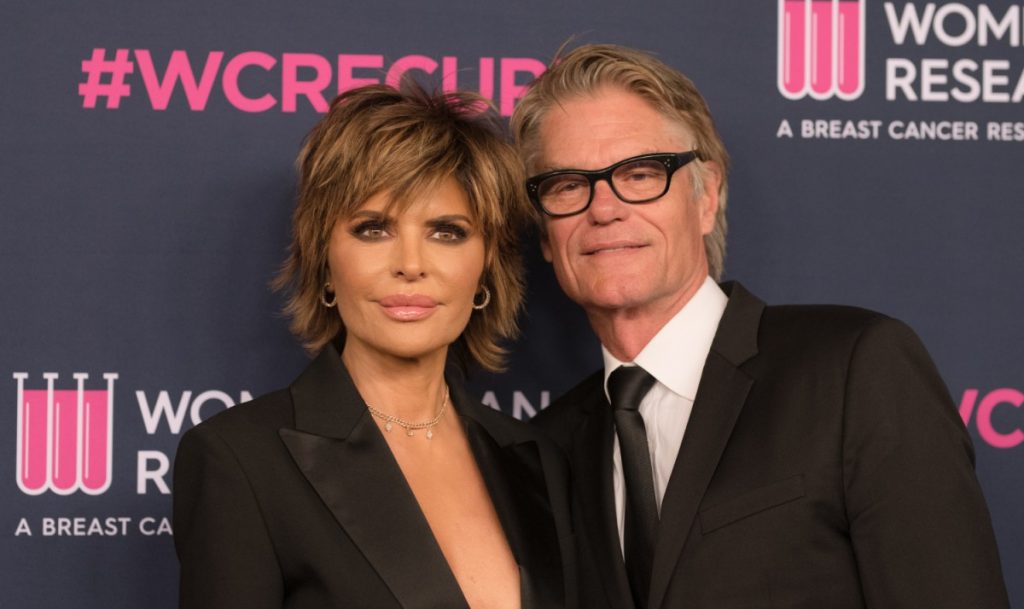 RHOBH: Harry Hamlin Reveal The TRUTH Behind Lisa Rinna’s Exit From The Show!

Lisa Rinna’s exit from Real Housewives of Beverly Hills after eight continuous seasons has shaken the market. Fans and nemesis are all taken aback by this unseen decision. While people are shocked, others are happy and celebrate Lisa’s exit from the show. The RHOBH celeb is known for her to mean and bitchy behavior and always keeps pulling the legs of people. Additionally, the exit has also sparked various theories and rumors about why Rinna’s departure. While she stated it was a mutual decision, quite a few people feel that BravoTv fired her after her long, incessant tenure. Keep reading to know the views of her significant other!

After diverse days of speculations on Lisa Rinna’s exit from RHOBH, Harry Hamlin finally broke the silence on it. In an interview with People, he stated that his wife does her job; she shows up on time and interacts. Also, Harry agreed with Lisa’s short temper, which potentially hurt people. Although it also gets her in trouble, he also believes that she calls people out when they are wrong, and the show has been benefitting from that. After continuous backlash, the Clash of Titans actor feels that only 20 percent dislike Lisa while the rest love her.

Lisa Rinna has been repeatedly called out for her behavior towards Kathy in the last season. However, Harry stands strong by his wife’s truth. He affirmed that in the 30 years of his love life with Rinna, she has never uttered an untruth. On the other hand, she is accused of being a liar on the show, while Harry chooses to ignore the negativity. He also feels that the decision to exit was correct ra ther than the right one after the right years. Additionally, the Real Housewives

celebrity’s husband stated that it was time for her to move on after ‘elevating the show’.

A BravoTv fan page took on Harry’s statements and argued if Lisa Rinna ‘elevated’ RHOBH. Further, fans filled the comment section with a varying yet similar views. On a common consensus, people feel that Lisa elevated the ‘meanness’ on the show. Others think she made a mess of herself, and everyone hates her. The show’s audience is sure that it wasn’t Lisa Rinna’s decision to leave the show. Rather, she was forced out, either by the channel or fans.

Lisa Rinna announced her departure from Real Housewives Of Beverly Hills as an outcome of a mutual decision. Additionally, the reality-TV actor also pitched for a $2 million raise from the channel owing to her experience and longevity on the show. However, fans say BravoTv fired Lisa after being done with her. People who follow the show would remember Kathy Hilton and Lisa Rinna’s face-off and fight during their trip to Aspen

Additonally, a few months back, Kathy Hilton stated that she would not join the show if Lisa Rinna and Erika Jayne remained there. People believe it is Kathy’s win against her nemesis and that the former won this round. It is surely an atmosphere of celebration and tears for a handful. What is your view on Lisa’s exit? For more exciting news updates, stay tuned to TV Season & Spoilers.