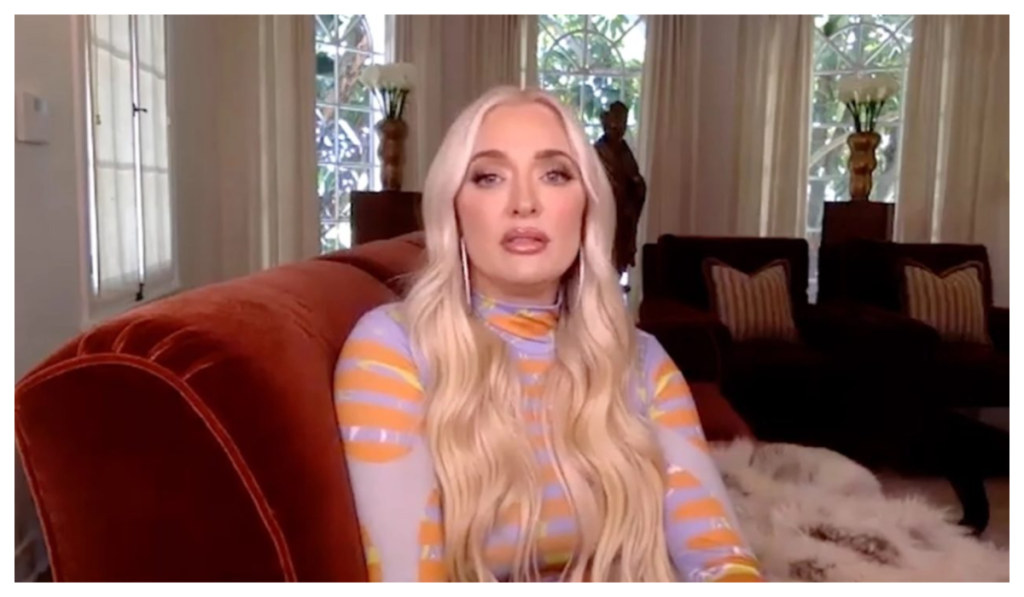 The recent tea of Real Housewives of Beverly Hills was about Erika Jayne’s earrings. The popular celeb and her husband, Tom Girardi, are caught up in a major fund fraud. Well, the RHOBH star was accused of giving out the wrong earrings back to the court. The pretty mess singer had diamond earrings that she was supposed to return. However, she produced a cheaper yet similar pair instead. The attorney, Ronal Richards, learned about its less value after auctioning it. Erika had claimed thieves had stolen the original ones, although Tom had replaced them with the same ones. Keep reading to know the fortune of the infamous earrings.

The earrings were a part of the news for a very long time. Ronald Richards even tweeted about the whole case. Followers of this case must be aware that Richards is the nemesis attorney. A few even supported Erika over the earring exchange, saying it might have been a genuine mistake. The RHOBH star and her husband, Tom Girardi, have also been accused of misusing funds. Reportedly, Girardi used funds for widowed members and children of plane crash victims.

Irrespective of the Real Housewife Of Beverly Hills star’s continuous trials to claim her possession of the earrings, she has failed to do so. Lauren Boyette, the attorney Ronald Richard’s wife, is the new owner of the infamous diamond earrings. People following the case must be aware that the earrings cost $750k. The attorney’s wife chose to reveal the news through her Instagram. She posted a close-up shot of her face wearing black glasses with Chanel imprinted in a diamond. The photographer shot the picture during the sun-kissed time of the day with a focus on her new pair of earrings.

Lauren captioned the picture addressing Erika’s want for the diamond earrings. Boyette wrote that the earrings are stunning and hinted at having Girardi removed. Moreover, she moved ahead with using various hashtags related to the “girardifraud” and “fraud”. In the caption, she also tagged the RHOBH star Erika, although the latter hasn’t responded yet. Several viewers disliked Lauren’s way of coming at Erika Jayne and called it petty. However, a few feel it was a good move as victims might have received their money. They also did not leave a chance to taunt Tom Girardi’s monetary fraud.

RHOBH: Cast Members Have Reduced Their Communication With Erika Jayne! Why?

Teddi Mellencamp Arroyave has been a part of Real Housewives Of Beverly Hills for a very long. Although, after her exit from the show during the eighth season, she maintained her friendship with the cast. Teddi’s group with Kyle, Lisa Rinna, Dorit, and Erika was famously known as Force Fox Five. In an episode of the No Filter With Zack Peter podcast, she suggested Erika’s strained relationship with other cast members. The move comes after Erika commented on Dorit and her husband, Paul Kemsley’s relationship in a panel. Jayne said the couple would be the next line to break up from the cast.

The comment hurt Dorit Kemsley and other members as well. Although Jayne suggests it was a joke; however no one took it as one. Teddi Mellencamp confessed that Erika’s statement wasn’t the best thing to say about Dorit’s relationship. She added that such things make people talk and pass on negative energy even though it might not exist. Since the comment, their group is not communicating well, especially with Erika. What are your thoughts on Erika Jayne’s being stuck in so much mess? For more exciting RHOBH updates, stay tuned to TV Season & Spoilers.