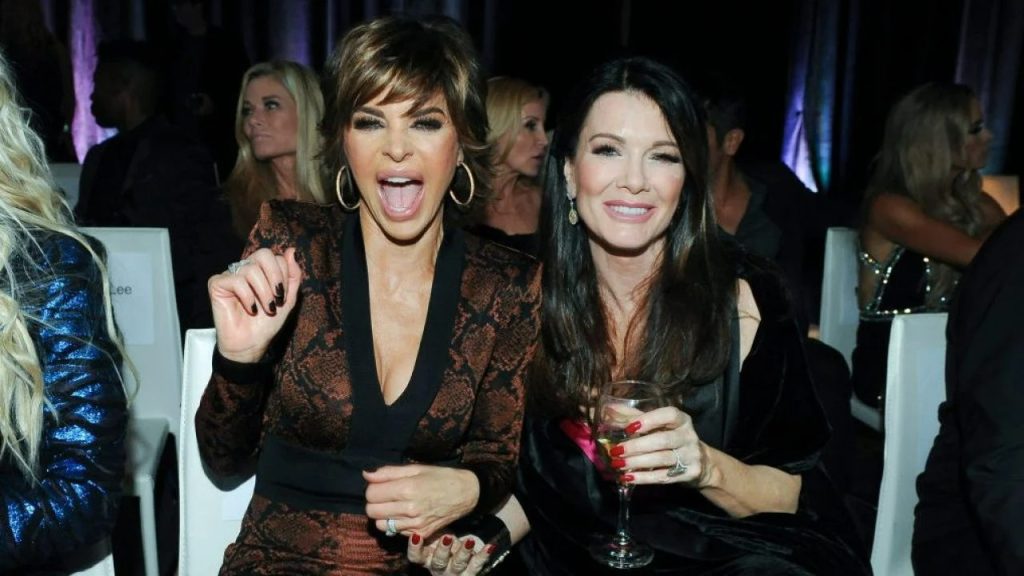 RHOBH: Lisa Rinna Getting Her Own Spin-Off Series Like Lisa Vanderpump?

Since she announced her exit from Real Housewives Of Beverly Hills, Lisa Rinna has been everywhere on the Internet. Her contract with the channel expired, and due to her business obligations, they decided not to continue with it. Although fans have a mixed reactions, Lisa has not given any statement on her return. Andy Cohen also spoke about it, stating that he would want to have one of his favorite stars back on screen and doors of the show always open for her. However, it seems like the former RHOBH star has no plans to return owing to her recent statement of having the worst time during the show’s last season. With this sudden exit, would BravoTv give the other Lisa Rinna a show of her own too? Keep reading to find out.

RHOBH: Will BravoTv Give Lisa Rinna A Spin-off Series Just Like Her Nemesis Lisa Vanderpump?

Lisa Vanderpump was a part of Real Housewives Of Beverly Hills from 2010 to 2019 until she had a major professional fallout and a feud with Lisa Rinna. People who follow the show would know that Lisa Rinna and Lisa Vanderpump had a major clash. Controversy hit the former RHOBH star Vanderpump after the Rinna beauty founder questioned her for mourning the loss of her brother. The Real Housewives star also accused her of being a part of ‘Puppygate’.

Although, the 62-year-old stated stress and controversy as a reason for exiting the show, apart from the difficulty of losing her brother. However, the exit was positive for her since BravoTv took charge of filming a new series with Vanderpump as the protagonist. The show, ‘Vanderpump Rules‘, is a story of the employees of SUR, an abbreviated form of Sexy Unique Restaurant. The former RHOBH star maintains her explorative employees by balancing her motherly instincts and business sense.

Additionally, drama is a part of the employees working there since they are involved in dating each other. Most of the time, they break up, creating a ruckus as their later dating lives clash. However, fans believe that the network might also give Lisa Rinna a spin-off series. The BravoTv executive, Andy Cohen, previously stated that people love seeing her and her stirring drama on their screens. Hence, the channel might not want to let their TRP withdraw with Lisa Rinna’s exit. However, neither the actor nor the channel has confirmed or given any statement.

RHOBH: Does Lisa Rinna’s Exit Mean Her Entry To A New Spin-Off Series?

The Rinna beauty founder admitted that she required a break from filming and that the environment was too negative for her to continue. Additionally, the former RHOBH star believes she knows the right time to walk out of a place which she apparently did. Fans and critics are wondering about Lisa Rinna’s next move toward filming as well as earning. A few people feel she might join OnlyFans

, following in the footsteps of other real housewives like Denise Richards. However, the controversial life of the 59-year-old has a lot of spice to add to the channel.

The speculation of the spin-off series might as well turn true since even Rinna owns two business brands, namely, Rinna Beauty and Rinna Wines. Rumors of cheating on Lisa with men surround her husband, Harry Hamlin. It’s the only time that will tell if she might get a spin-off series or not. Would you want to see Lisa Rinna as a part of her series? For more exciting news updates, stay tuned to TV Season & Spoilers.