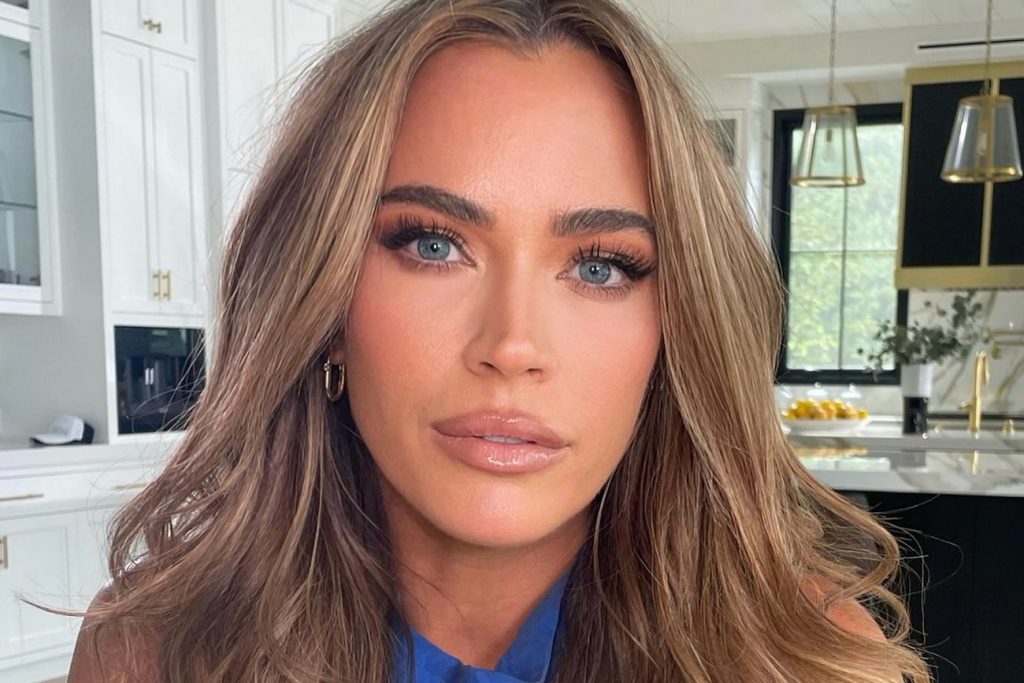 RHOBH: Teddi Mellencamp Expresses Her Wish To Return To The Show

Teddi Mellencamp, the former Real Housewives of Beverly Hills star, expressed her wish to join the show. She joined the show in the eighth season and exited in the tenth one. While recording an episode of ‘Two Ts In A Pod,’ Teddi read out a question from a fan. The fan enquired if Teddi was considering making a comeback on the show Real Housewives of Beverly Hills. It is not just the fans and Teddi, even Kyle Richards has wished for the former star to join the show.

RHOBH: Teddi To Make A Comeback?

During a conversation in her podcast, she expressed her willingness to join the show back if offered. Teddi Mellencamp runs her popular podcast, ‘Two Ts In A Pod’. She spoke about the show while co-hosting with Tamra Judge, Real Housewives of Orange County star. Teddi clarified that the offer to join back has not yet been ‘slipped under her door’. The RHOBH celeb also revealed that her father, John, suggests playing hard for Bravo shows.

People tend to believe that former show stars who join back receive more money than the current stars. This is a misconception and not true, cleared Teddi Mellencamp. The former ‘Real Housewives of Beverly Hills star also confirmed that she wouldn’t stop hosting her podcast if she joins RHOBH again. Teddi also spoke about being hesitant to discuss her marital problems on the show.

RHOBH: Teddi Mellencamp Opens Up About Her Marital Problems

Teddi Mellencamp has been facing severe issues in her marriage. The problems started way back when she was shooting for the show. The Real Housewives Of Beverly Hills star confessed that she wouldn’t have opened up on the show as she was a different personality back then. Teddi expressed that she was worried that any sign of weakness on the show could make her vulnerable. Moreover, the star feared the women on the show could use this vulnerability and weakness against her. Though, things have changed, Teddi believes. Besides, she would readily speak about issues on the show now.

Mellencamp explained how things got worse between her and her husband. The couple had to seek a marriage retreat where they learned more about themselves and each other. Moreover, Teddi stated that both needed acceptance and a lot of improvement towards each other. The marriage retreat came after they had a huge fight after an event. They were drunk and were fighting over an issue eight years ago. On the other hand, the couple was enraged enough to involve Teddi’s father and singer, John Mellencamp. He was the one who brought them to their senses and made them realize that they needed to work on each other. Teddi believes that she regrets a few things and would change them now if called back to the show. Stay tuned to TV Season & Spoilers