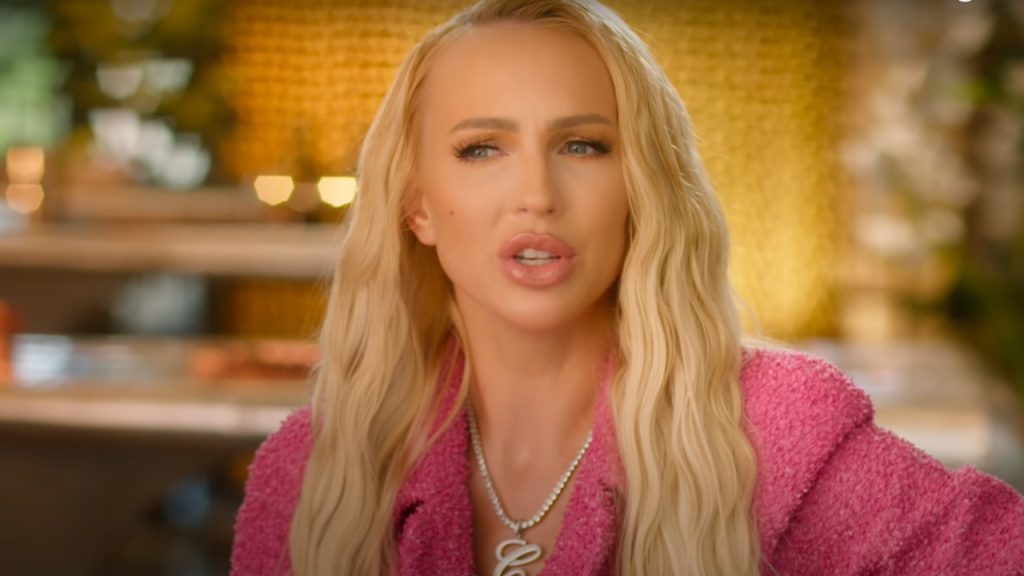 Who thought real estate could be so interesting? With cutthroat competition and beautiful houses in sunny Los Angeles, Selling Sunset has thrived for five seasons. However, it looks like she has to leave now. Rumors surrounding her suggest that Netflix has fired her. What could have caused her departure? What will happen to the show when its villain leaves? Keep reading to find out more!

Fans believe that Quinn’s departure from the show is very near. These speculations arose when viewers noticed that Christine was not on The Oppenheim Group’s line-up of agents on the brokerage’s website. Moreover, some believe it could be due to the bribery scandal. Christine had bribed a client for $5,000 to not work with a fellow realtor, Emma Hernan. However, Christine said the show only introduced these false claims for a more interesting storyline.

Christine’s involvement in most of the drama that occurs on the show has labeled her as a villain. Her revelation of being one of the highest paid among the cast came as a shock to many. Fans were further surprised when Christine Quinn was not invited to the MTV Movie & TV Awards: Unscripted. Besides, fueling the rumors of her getting fired, some say that Netflix had disinvited her. However, ETOnline claimed some of the cast had to be disinvited as only several seats were available. What do you think happened? Tell us in the comments.

Christine’s notorious interviews always seem to get her in trouble. Nevertheless, what is one more? Christine tells the whole unfiltered truth on Call Her Daddy. She says that the show’s producer, Adam DiVello, had told Christine to kill herself on multiple occasions. Also, he had told her to push herself down the stairs. The reality star says that working with Adam had become a total nightmare. Moreover, she complained about him multiple times. Well, who wouldn’t report their boss if they had been threatening their life?

Christine also believed the whole work environment to be very misogynistic. The realtor had come right back to work after giving birth. The showrunners only wanted to focus on her role as a mother and wanted to include that storyline. The star didn’t like that her role was being diminished to only being a good mother. Why wasn’t she praised as a good entrepreneur, a realtor, a reality TV Star, etc.? These differences in opinion and constant arguing could be the reasons for Christine’s departure. Stay tuned to TV Season & Spoilers for further updates on Selling Sunset.