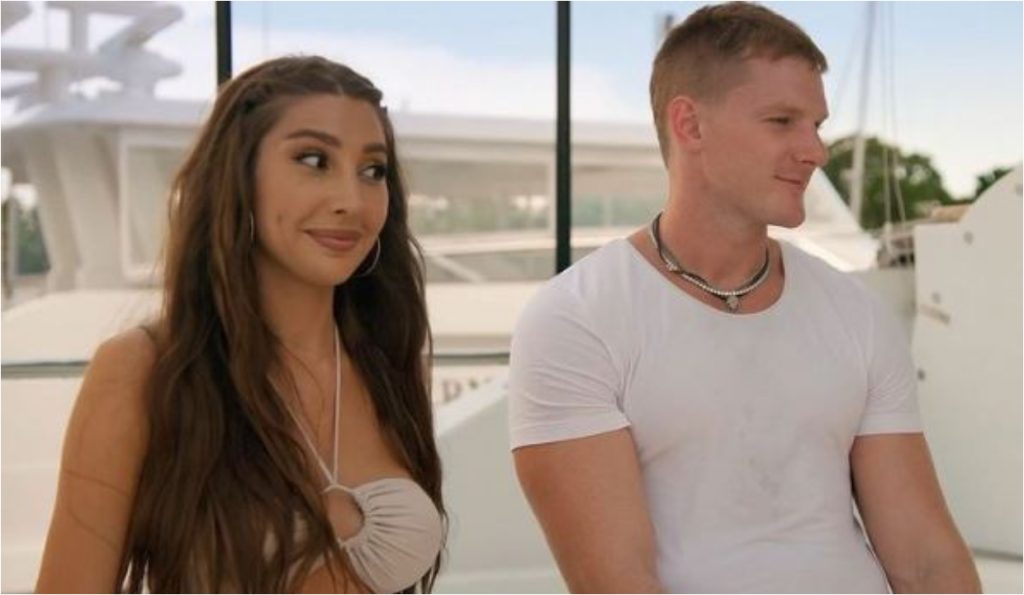 Sam Logan has often radiated casanova vibes since his breakup with Juliette Porter. In fact, the aftereffects of their breakup were the highlight of Siesta Key Season 4. While the former tried to move on by getting with and dating multiple women, his ex would often get sad that he moved on too quickly. That’s when Jordana Barnes made an entry into their lives as Sam’s new love interest, annoying Juliette further. Now, some Instagram posts, suggest that both Jordana and Sam have made things official after all. Apparently, fans spotted them making out! Keep reading to know more details.

Siesta Key: Sam & Jordana Getting Cozy With One Another! Confirm Relationship?

Jordana Barnes became the villain in the Siesta Key franchise as she appeared in it as Sam Logan’s casual love interest after he and Juliette Porter broke up. Therefore, both these ladies don’t get along with one another at all. In fact, Barne’s involvement caused their relationship to deteriorate even more. At last, things took a shocking turn when Porter made the revelation that both Jordana and Sam were living together. Hence, speculation began that both of them had something serious going on. At last, one of Sam’s friends, Mike, put up a video of the cast hanging out in Miami.

That’s when Siesta Key fans were in shock to see a video of Sam and Jordana vigorously making out with one another. Hence, they began to assume that both of them were together after all. However, many were quick to point out that the video’s caption stated that “what happens in Gala Miami, stays in Gala Miami”. Therefore, it is quite a possibility that both the castmates were drunk and locked lips just for the fun of it. Whatever may be the case, Siesta Key fans feel that this will add more drama to the upcoming season, and they can’t wait.

As Siesta Key fans found out that Jordana and Sam are living under one roof, dating rumors spread like wildfire. In fact, the former often appears in the entrepreneur’s multiple Instagram posts. Therefore, this has made the fanbase assume something is really cooking between the two. However, the concerned castmates remained mum about their situation-ship. At last, Jordana finally took to her Instagram to host a questions and answers session with her fans. It turns out that a lot of them ended up asking her if she was dating Sam Logan.

That’s when Barnes finally up more about this matter. According to Jordana, they are “not dating”. ScreenRant reshared the following screenshot. However, Jordana feels it is quite “easy” to be around him. In fact, she mentioned getting along with him “so well”. Despite this, they took the decision to keep things at the “friend level”. Moreover, it is the thing that “felt right” to both of them. However, the recent post on Mike’s handle proves otherwise. Well, only time will tell if the both of them keep things casual or actually resort to defining their relationship. Until then, stay tuned to TV Season & Spoilers for the latest Siesta Key tea.