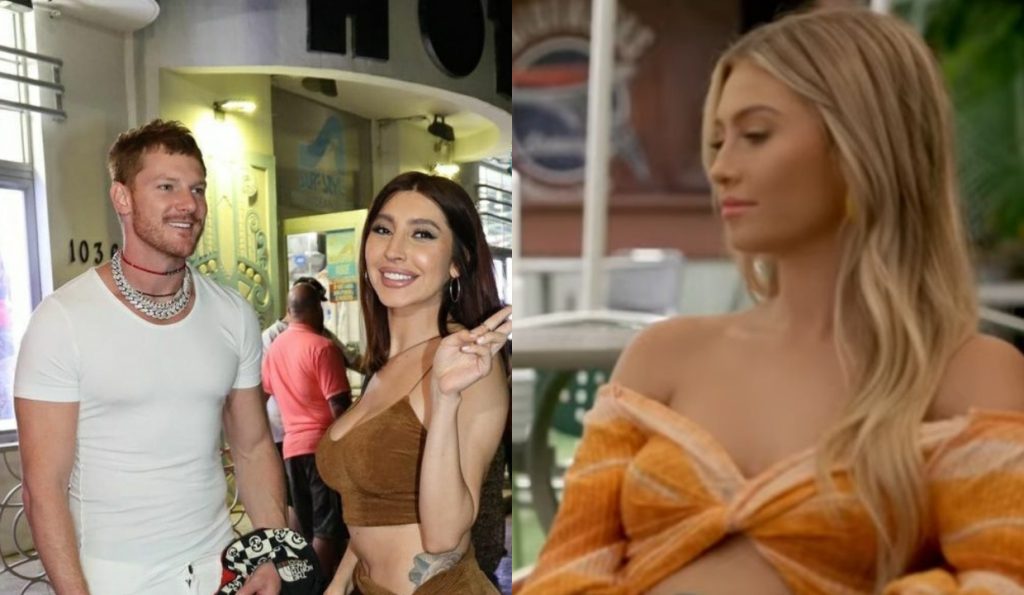 Meghan Bischoff and Sam Logan had something going on during their time on Siesta Key. In fact, the former was one of many love interests Sam has had on the show. However, after seeing him and Jordana lock lips in a new video, the entire fanbase is in a frenzy. That’s when Meghan, who has also been involved with Sam a lot of times during the show, had to say something about this matter. So what was it? Keep reading more to know all the details behind this!

Sam Logan’s dating life has been the highlight of Siesta Key. Apparently, when he and Juliette Porter broke up, he began hanging out with a lot of ladies. Although he was never in a serious relationship with any of them, many of his special lady friends became recurring characters. Well, this included Jordana Barnes and Meghan Bischoff. As per Sam’s friend Mike’s Instagram handle, the entrepreneur was locking lips with Barnes. Hence, the Siesta Key fanbase has been curious since then. Moreover, they want to know if they are dating now or not. With all this happening, Meghan Bischoff has also reacted to this incident. As mentioned above, she and Sam also casually dated for a while.

As a popular Instagram handle shared pictures of Sam and Jordana’s snog session, a follower was curious to know Meghan’s reaction to this. Well, the Siesta Key star was very quick to respond to it. Apparently, the 21-year-old was “happy” for both of them. However, she took a dig at Logan by saying she would surely recommend Barnes “therapists” as she would need them after being with the 30-year-old. Well, the Scripps Networks shareholder took notice of Meghan’s comment.

Apparently, Sam was very calm about it and asked Meghan to send in the recommendations. At last, he too threw shade at her by saying he is “sorry” for not “dating her” instead. Therefore, the Siesta Key fanbase was sure that these instances between the three would definitely get screentime in the upcoming season.

As far as Jordana and Sam are considered, Juliette Porter spilled the tea by saying they were living together. That’s when Siesta Key fans began bombarding Jordana’s Instagram handle by asking if she was dating Sam now. However, she was clearly in denial of those rumors. As per the reality TV star, they had kept things at a “friends level” and felt it was the right decision to do so. Moreover, she also talked of it being “easy” to be around him since they get along quite well.

But, the recent video of Sam and Jordana proves otherwise. In fact, a lot of Siesta Key viewers feel they will finally admit to dating one another. However, they have not yet shared their perspective after the clip went up. On the contrary, others feel that the kiss could also be something meaningless as both of them did after being under the influence of alcohol. Whatever may be the case, there is no proper clarification about it. But, one thing is for sure, and that’s that there will be a lot of drama in the upcoming season. Keep track of more Siesta Key news through TV Season & Spoilers.