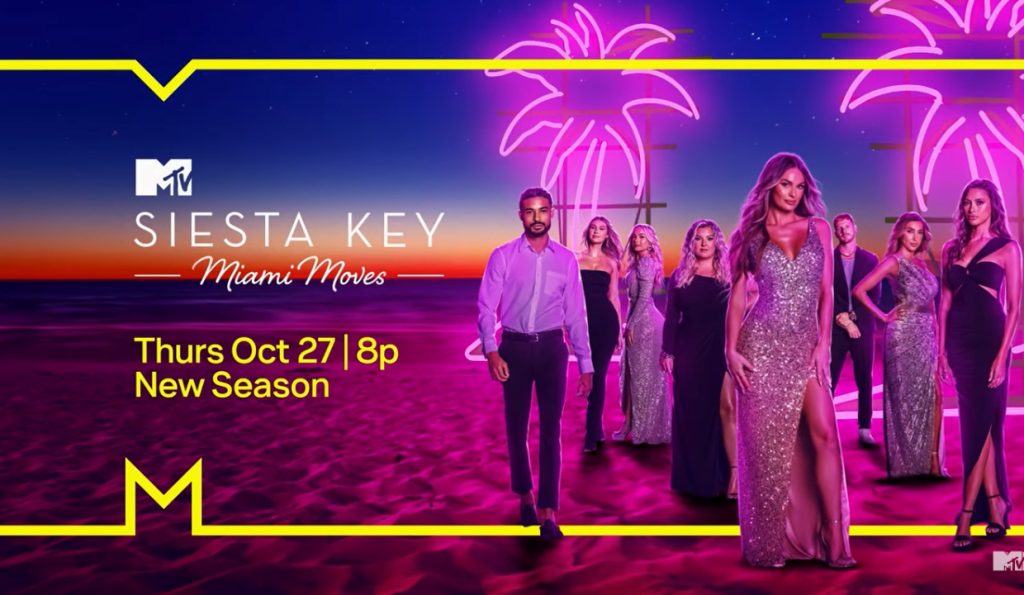 Siesta Key: Season 5 Trailer Out! Cast In Miami With Double The Drama & Adventures!

Siesta Key is one such show from MTV whose popularity skyrocketed in no time. The series premiered in 2017, and everyone got hooked on the storyline. A bunch of friends from Siesta Key living their lives and partying harder than ever. Well, what could go wrong? Clearly, a lot. The show has captured all the ups and downs in the last few years. Well, Juliette Porter and her friends are back again for another new season! Keep reading to know more details about this.

Siesta Key: Cast Moves to Miami For Season 5! Juliette Is Her Most Ambitious Self

The show is going through a major change with the commencement of the new season. It turns out that Siesta Key Season 5 is going to kickstart in Miami. Hence, the name of the new season is ‘Siesta Key: Miami Moves’. Juliette Porter is ready to expand her business empire in Miami. The ones following the show for a long must know that she is the owner of the swimwear brand JMP the label. Hence, the show will follow her journey of making it big in the new city. All other castmates also moved to Miami with her.

Sam Logan became the main castmate of the show from the last season. However, his relationship with Juliette Porter came to an end. He will still feature in the upcoming season and explore love. Jordana Barnes’ presence will stop him from getting with new people. The trailer said they “hooked up once” and “live together”. Whereas, Sam and Jordana occasionally make out with each other. Yet, they continued to describe each other as really good friends. The ladies in the trailer were in shock to find out about their dynamics. Siesta Key fans are now eagerly waiting to see it all unfold in the upcoming show, premiering on October 27th.

Siesta Key: Kelsey Owens Shuns The Show For Kicking Her Out! Bids An Emotional Goodbye To Fans & Friends

While most Siesta Key castmates like Juliette Porter, Amanda Miller, Chloe Long, Sam Logan, Mike Vasquez, Brandon Gomez, and so on are returning for the show. Whereas, viewers will get to see less of Kelsey Owens this time. A few months ago, she made a post saying that it was her last time filming for Siesta Key. Hence, viewers won’t get to see her after Season 5. It turns out that Kelsey’s departure was abrupt. She bashed the network for it in her post as well. They dropped the bomb on her moments before she was about to shoot her last scene.

Despite this, Kelsey also extended gratitude towards her Siesta Key friends and fans. She was happy to have gotten the opportunity to have starred in the show. The viewers were also upset at her farewell but wished her the very best for her upcoming adventures. Before this, Garrett Miller had also announced his exit from the show after Season 4 came to an end. He, too, mentioned that MTV couldn’t see eye to eye with some of his plans for his storyline and let him go. Keep coming back to TV Season & Spoilers