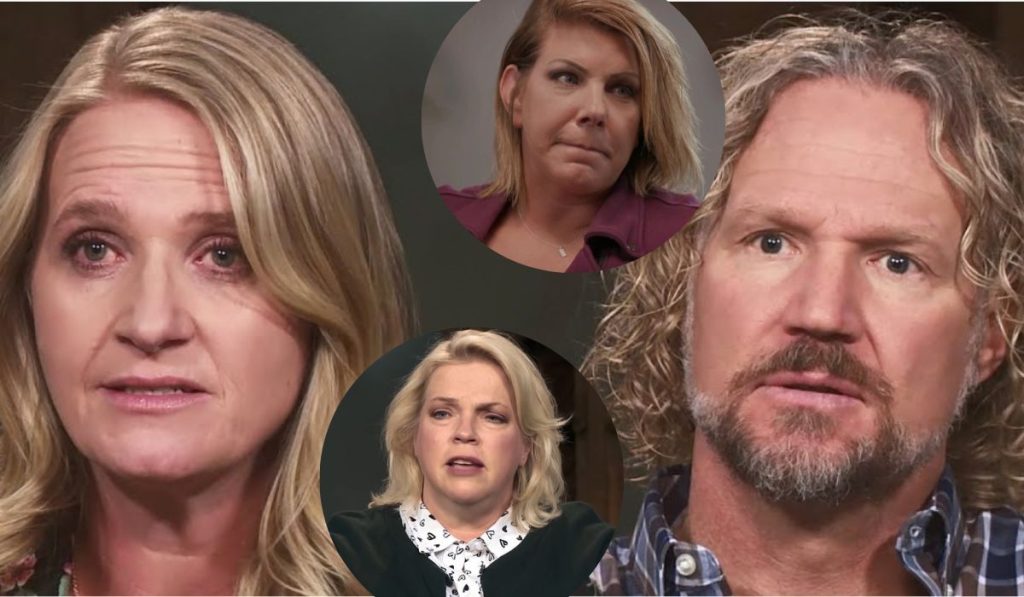 Except for Robyn, Kody Brown’s fourth wife, it has come to light throughout the current season that his other wives are no longer together. However, Kody and Christine were shown arguing over their breakup and whether or not they were officially divorced in an early episode of Sister Wives Season 17. However, as it ended, the One-on-One episodes got out. So, everyone sat separately to open up about their difficulties. Many confessions and disclosures happened. However, several serious allegations were also made. Out of which one heated allegation was about Christine. In a sneak preview for Sister Wives: One-on-One, Kody Brown accuses his ex-wife Christine Brown of mistreating Meri Brown and Janelle Brown. Here are other allegations that he made about Christine and what she said.

In the latest promo of Sister Wives One-on-One Part 2, Kody Brown made several heated allegations about Christine. In the video clip, he claimed that she talked sh*t about his ex-wives Janelle and Meri for around two years. He stated that Christine told him he was “sleeping with the enemy”. As per UsWeekly, Kody revealed that all this happened when he talked with Christine about reconciling with Meri, and Christine lost it. Also, he said that he is aware of Janelle’s nuances and quirks. And he still cares for her and is in a relationship with her. However, telling him that she mistreated him was not acceptable to Kody.

Sukanya Krishnan, the host of the Tell All, then asks the polygamist whether Christine is under threat from Janelle, to which Kody responds, “Not now!”. Although the two ladies are now great friends, he asserts that Christine has been complaining to him about Janelle for years. He says in the video he listened to it for two years. Christine was Kody’s third wife, and the couple ended their marriage in 2021 after 25 years of living together. Just after their divorce, Christine sold her Arizona house, which she used to share with Kody, and moved to Utah. However, according to her Instagram post, she seems happy and independent after leaving Kody. She spends most of her time with her children and grandchildren. Fans also appreciate her efforts and are glad to see her living a healthy life.

Fans of Sister Wives are well aware that Christine has decided she no longer wants to be a part of the polygamous marriage and has made up her mind. This notorious choice, it seems, was made in 2021, just before Season 16 began. Thus, the season was built around the explanation for the TLC star’s decision. As a result, she disclosed in the Tell All episode that she no longer saw the patriarch as her husband. However, her alleged divorce constituted little more than a declaration. The pair never entered into a formal agreement. Christine, however, disregarded traditional religious practices as well. In addition to the above, she no longer sees herself as a member of the Church or her beliefs. So, she doesn’t see it essential to ask the Church to recognize her divorce.

However, it appears Robyn Brown won’t let Christine leave without a fight. According to reports, she reportedly asserts that Christine is still married to Kody

. The TLC star must engage in sexual activity with a new guy, to religious beliefs, to demonstrate that she has cut ties with the patriarch. As a result, Christine is still Kody Brown’s wife in the Church. It is challenging to determine if this is a genuine regulation or only the Church’s interpretation of it. Whatever the case, this comment is intriguing. Sister Wives fans also know that Robyn ‘divorced’ her ex-husband to wed Kody Brown. Consequently, it will be fascinating to find out if she adhered to the same guidelines or if the fourth wife only uses them to control Christine. Stay tuned to TV Season & Spoilers for further updates.