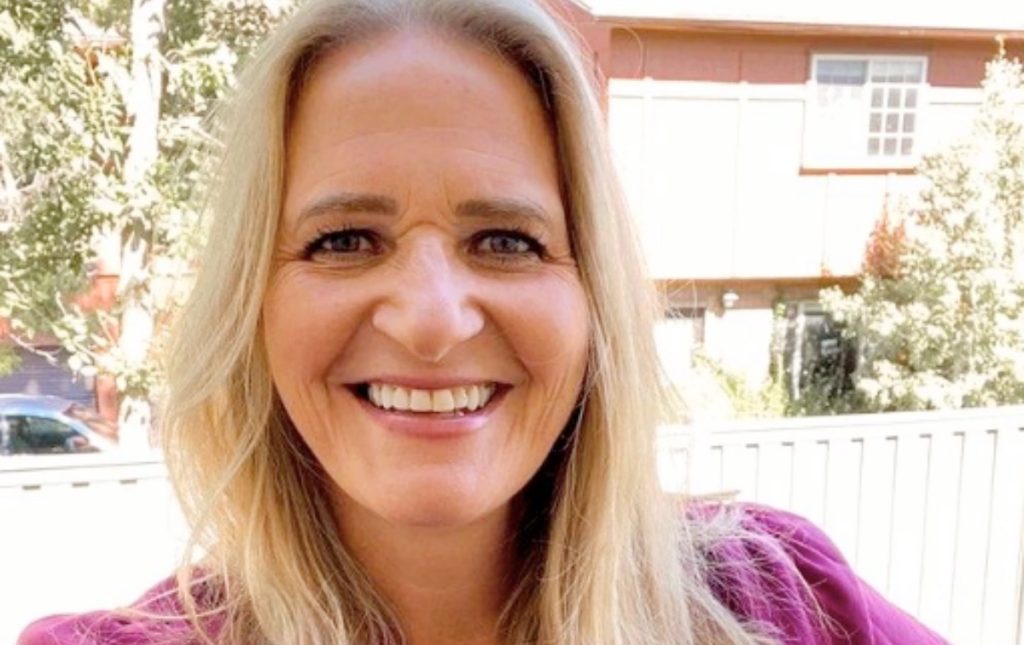 Sister Wives: Christine Brown Does The ‘Wednesday’ Dance In Her Newest Post-Divorce Look!

The Sister Wives Christine Brown was indeed the game changer of the reality show. Apparently, her one decision was capable enough to change the entire dynamics. However, after the TLC celeb announced her divorce in 2021, she decided to make herself the priority. Evidently, the matriarch’s face was dull and round while she was struggling with her toxic marriage. But lately, she has been focusing on her weight loss and has been flaunting her sharp features and sexy curves. In a recent clip as well, Christine was featured dancing while she wore a skin-tight outfit. We have all the information you might wish to know, so keep on reading.

The Sister Wives star Christine Brown shares six children with her estranged husband, Kody Brown. Apparently, except her youngest Truely, everyone else noticed their mom struggling with the ordeals that came with her wedding ring. Hence, they knew somewhere down the line that their parents’ divorce was inevitable. However, Truely was too young and naive to figure out what was happening. Moreover, it was a literal shock for her that Christine and Kody parted ways. But now she knows the truth and is happy living with her mom. Not only this, but to divert her mom’s mind, she often forces her to attempt funny challenges.

Recently, Christine took to Instagram and reposted her TikTok video in which she was following the famous ‘Wednesday’ challenge. Apparently, Truely forced her to attempt the most trending dance challenge of Addams, which came from a Netflix series called Wednesday. Hence, the Sister Wives celeb wore a skin-fitted black turtleneck top with matching pants as she was swirling her body on the beats of the song. In fact, there was a funny blooper where Truely accidentally came into the frame and made a cameo while she quickly went back.

However, fans loved the clip and took to the comment section to appreciate Christine’s slim and fit physique. A Sister Wives viewer wrote that the celeb looks gorgeous and freedom suits her. Another one chimed in and praised Truely’s look in the background and mentioned that this mother-daughter duo is lovely. The third one commented that the TLC celeb nailed it, and her body looks amazing. Indeed, the viewers are happy to watch their favorite star glowing and dancing freely.

Having a strong, independent and charismatic grandma is no less than a blessing. Apparently, Sister Wives fans know that Christine decided to shift to Utah after her divorce. Hence, because of this, she was able to support her daughter Mykelti during the birth of her twins. Not only this, but she is able to watch her grandkids grow and spends quality time with them. Indeed, it was a much-needed break for her because it had been years since her life lacked love and warmth. Evidently, her kids and grandkids are filling the void and are keeping the star happy.

Not only this, but fans bet that Christine is the best grandmom. Lately, the TLC celeb has been posting pictures with Mykelti’s newborns and keeps on updating her fans about their well-being. Hence, fans took to the comment section and praised her for being the best. A user claimed that being around Christine would be soo much fun. Another one chimed in and congratulated her for the newborns. The third one was curious that what she calls her grandchildren. Undoubtedly, it’s great to watch the matriarch receiving the love and respect that she deserves. Keep coming back to TV Season & Spoilers for all the latest Sister Wives tea.