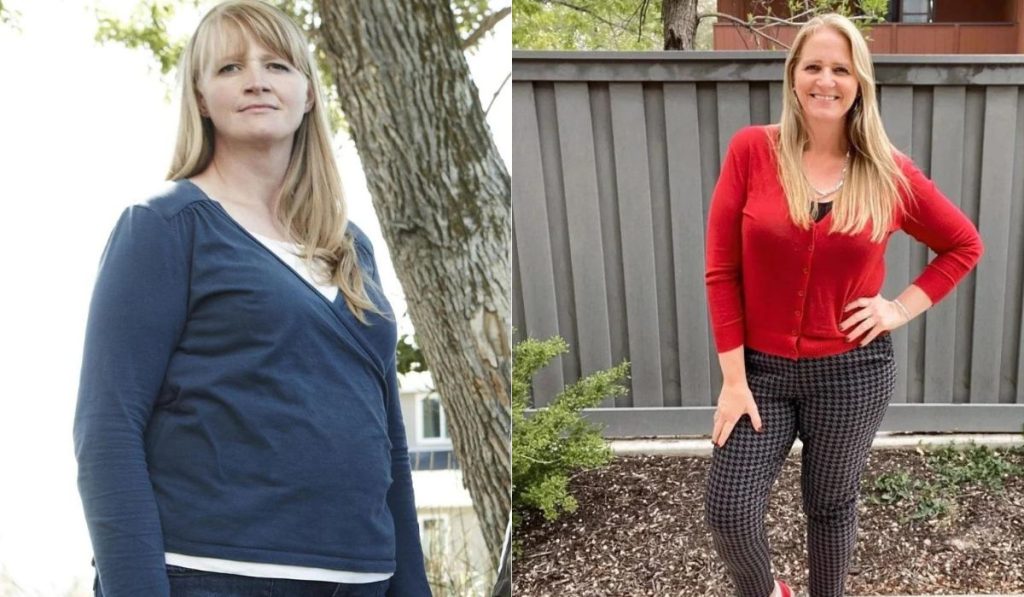 After more than 25 years married, Kody and Christine, his third wife, confirmed their separation over a year ago. In the current season of Sister Wives, viewers have seen the couple’s breakup play out, with Kody drawing harsh criticism for how he handled his ex. However, fans believe Christine is now living her life to the fullest. She is independent and engaged in more in safe care. Her life has undoubtedly been unpredictable, yet Christine has persisted in maintaining her workout routine. The reality TV mom and fitness fanatic uploaded a selfie of herself in July 2019, and admirers immediately commented on how amazing she looked. However, she recently stunned fans with her candid picture showing her weight loss wearing skintight jeans.

Sister Wives: Christine Stunned Her Fans With Her Self-Portrait Picture

On Tuesday, Christine shared a snapshot of herself on Instagram while sitting on some stairs and smiled while brushing her long hair out of her face. The Sister Wives star wore skintight blue jeans and a dusky pink denim jacket with black boats. She smiles brightly from ear to ear while she poses to the camera. In the caption, she says she feels like a mess on some days. She goes on about her own all day without knowing what she did. Following her divorce from her husband Kody, the reality TV star’s fans showered her with admiration and liked the picture immediately.

Fans immediately took to the comment section praising her. They appreciated her freedom and adored her, saying women look good after a breakup. Another said they were glad to see Christine happy and free. It’s incredible to see the change in you after leaving the poisonous scenario you were in, someone else informed her, said the other. Many “Sister Wives” viewers have praised Christine for going through such a terrible marriage over the last year and credited her decision with giving them more confidence. Christine said she only wished to end her marriage “with grace.”

Sister Wives: Christine Suggests Couples To Make Decisions Based On Happiness & Not Based On Fear

Christine Brown is transparent about her divorce from Kody Brown. Hence she offers guidance to anybody in a similar circumstance. She also discussed how she handled being reprimanded by Kody in the famous “knife in the kidneys” episode aired on Sister Wives last month. Christine recently provided insight into what was going through her head before and after the split with Kody on an edition of the podcast, Reality Life with Kate Casey. Christine has received many digs from the shares husband this season of Sister Wives, with the largest blowout being on an episode that aired in November. Following the show’s airing, several viewers commented on social media. They were impressed with Christine’s calm in the face of such chaos. Moreover, she attributes this to her ability to “get into the core.”

She explains her calmness by saying she has been through some counseling to take care of it. Christine says she took a deep breath and questioned herself about what she and her children want. Moreover, the TLC star believed it was not worth fighting. This is because it didn’t matter to her what she said or what he did. Christine never imagined that her activities would benefit others than herself and her kids, even if she may have did end up serving as a role model for some fans of the program. Cooking With Just Christine

host even gave tips to anyone who could encounter a similar circumstance. She advises everyone and asks them to listen to their heart. Discover who you are and start making decisions based on your happiness and not based on fear. For all the latest Sister Wives updates, keep coming back to TV Season & Spoilers.