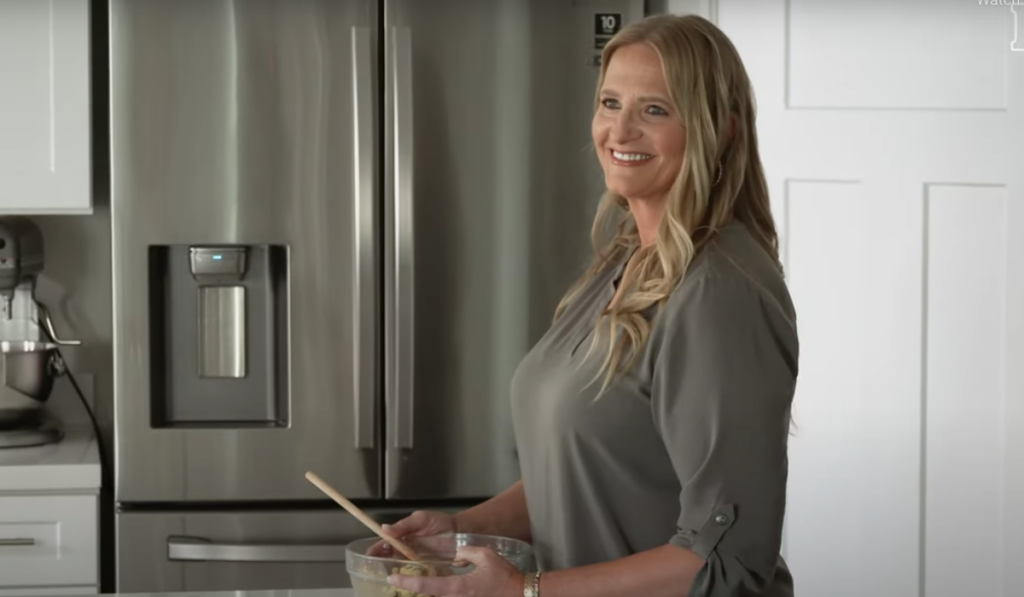 Christine Brown is pulling the chords. The reality star has come to share her side of the story with the world. The Sister Wives Season 17 is around, and fans are eager to know the juicy details. Moreover, the mother of six has drawn lines and boundaries. Hence, no one can hurt her without her permission. Amid that, the ex-wife also tuned in with her followers telling more about her love life. Christine says that she has “high standards” regarding love. And who changed it for her? Tune in to know more.

The TLC audience is aware of Christine’s dynamic with the family patriarch. Kody Brown has always wanted to control his wives. Moreover, he isn’t even ready to provide an emotional connection. Therefore, it gets pretty tiring to long for love. And that’s what the reality star went through. The ex-wife previously noted that she wasn’t intimate with the polygamist for 12 years. Hence, at one point, she was deprived of love. Similarly, if the ex-wife tried to make efforts, Kody wouldn’t return. So, the best option available to her was to leave Kody. After 25 years of marriage, the diss queen made a choice.

Now that she’s healed, the TLC audience wants to know about Christine’s dating life. The Sister Wives celeb shared a Tik-Tok video and noted, “Of course, I would love to date again.” Seeing such enthusiasm from the reality star, the fans got curious. Meanwhile, Christine continued in her video that she would date again. However, this time she has set pretty high standards. The ex-wife then reveals the love of her life! Christine held up an action figure, “Durotan.” It is from the series warcraft. The TLC personality noted that “Durotan” is the one she would date. The reality star stated that she has become very “picky.” Christine’s joke gave a good laugh to her audience.

Sister Wives: Here’s What Made Christine Leave The Polygamist

Kody’s incompetence to be there for his family has always been in the news. Moreover, the fans have seen several incidents where papa Brow left his kids to be on their own. While Sister Wives brood loves caring for the young, he doesn’t cater to the other kids. And it’s the same as ever. When it comes to Robyn, Kody is all ears. However, he doesn’t pay attention if it’s a situation involving the other wives. It is because of this that Christine decided to leave her husband.

The Sister Wives audience is aware that Ysabel has scoliosis. Hence, to be better, the girl needed to get surgery. However, the young woman wanted her father to be there for moral and emotional support. But, as usual, the patriarch made an excuse and didn’t attend it. It was the last straw between Christine and Kody, and that’s when she decided to end it. The reality star noted in an interview that she doesn’t want to be with someone who doesn’t respect her or her children. Stay tuned to TV Season & Spoilers.