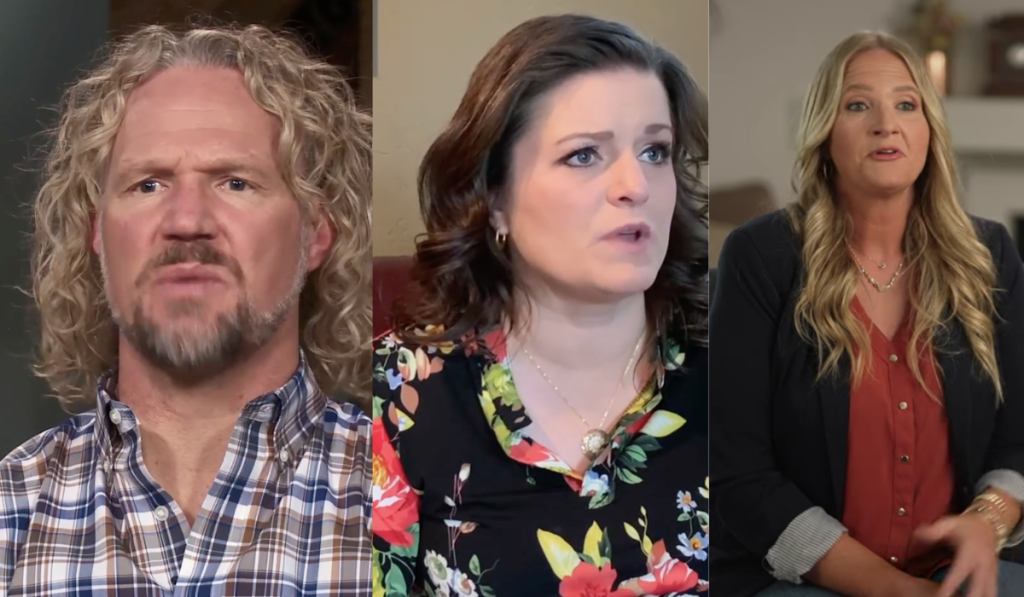 The TLC audience is now speculating about what Christine is saying now. The ex-polygamous couple Christine and Kody never had a great bond. At times, the patriarch did show his love for the third wife. But, with time, that love washed away with minute fractures. It came to a point where the family head didn’t like to be intimate with his third wife. Nor was he going full swing with the others except for the fourth wife. Hence, in the latest episode of Sister Wives, Christine Brown makes it clear that Kody indeed has a favorite. And she’s what everyone knows about. Tune in to know more.

The latest revelations have shocked fans. Christine Brown is spilling all the tea that was never out. The reality star has been upfront with her husband’s behavior toward her. For instance, the viewers know that Kody never gave his attention to the others as he did to Robyn. The ex-wife reveals that the polygamist’s favoritism came to a point where the others did get jealous. Incidents have happened in the past that made the audience articulate Robyn Brown as Kody’s favorite. And now, Christine Brown is spilling the same facts. The Sister Wives star noted in her confessional that her ex-husband has a favorite, which is why things are the way they are.

Christine Brown explains that to Kody, Robyn is the most important compared to her. The TLC personality added that she feels she has been third-wheeling for a long time. The ex-wife then notes that it is what it is, and everyone knows about it too. The situation is rightly sad and sucks for the ex-wife. However, she is mindful enough not to get into Kody’s words. Christine says that her relationship with Kody isn’t important. Hence, she isn’t going to believe him if even he changes his words now. The Sister Wives patriarch did tell his third wife that he wasn’t attracted to her anymore. So, that was the final straw. Fans assume that Christine saw what everyone has been seeing. Kody acts goofy and in love when it comes to Robyn

. However, he isn’t the same as Christine or the others.

Talking more about her relationship, Christine tells the camera she cannot have what Meri and Kody have. The two have been married since 1990. However, looking at their relationship now, the ex-wife doesn’t want it. Kody Brown has been “non-romantic” with Meri. And after the catfish incident, he doesn’t want to be her. The ex-wife noted what Kody and the first wife have is “heartbreaking.” Likewise, the third wife also noted that she could not meet all the criteria of what it takes to be Kody’s wife. The patriarch isn’t attracted to her, and Christine says that she can count how many times Kody has called her “beautiful.” Hence, the ex-wife is not settling for conditional love.

On the contrary, the Brown head said he felt pressured to marry Christine at the time. The Sister Wives star explained that he didn’t know better at the time. The ex-wife questions if Kody married her out of obligation. However, their church doesn’t have arranged marriages. Hence, Christine states it is “sad” that her ex-husband married her because he had to. Stay tuned to TV Season & Spoilers for the latest updates on reality shows.