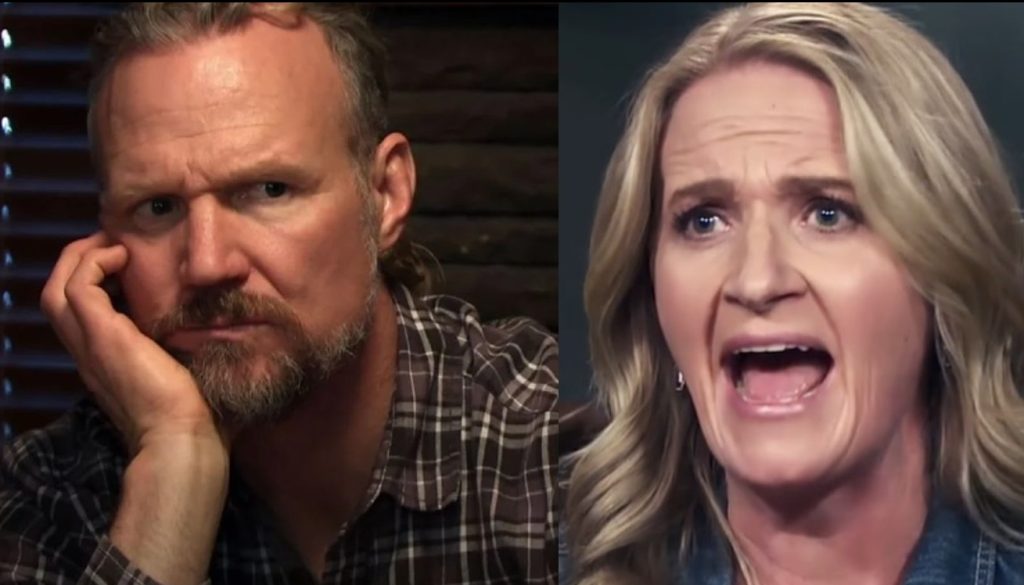 Christine and Kody Brown’s fights are taking an ugly turn. It all began during the beginning of Sister Wives Season 17. That’s when the third wife made her plans official about leaving the polygamist. It caused quite a stir in the family, and the ex-couple had to go through a lot of things. Christine was also the owner of the Coyote Pass area. The Browns purchased a lot they intend to build houses on a few years ago. However, she ditched her plans of wanting a share after her separation. Viewers have speculated that she never had the intention of living there. Keep reading to know more details about this.

Christine and Kody Brown are finally done with their marriage. Initially, the latter didn’t want his wife to leave him. However, she was clear about what she wanted with her life. The thought of leaving him felt like “hope” to her. Apart from this, they have been discussing their new dynamics in the latest episodes. This includes their daughter Truely’s custody and what would happen to Christine’s share of Coyote Pass. The ex-wife had been quite clear about the fact that she wanted no share of the land and just wanted to sell her $700k Flagstaff house and move to Utah.

Sister Wives viewers speculate that she never intended to live in the new plot ever. That’s because a fan fished out an old episode. Christine and Janelle’s kid had gone to look at the Coyote Pass property when it was new. That’s when Janelle’s daughter Gwendlyn Brown talked to Christine about how “ugly” the place looked. After watching this, speculation began that the third wife never intended to live on the property. Hence it wasn’t hard for her to bid goodbye to it. In fact, she didn’t even demand a massive amount of money from her ex while returning it to him.

In the latest season, Sister Wives fans feel Kody Brown has been stooping low more than ever. They were initially upset when the man said that he didn’t “allow” Christine to leave him, so she shouldn’t have. At last, the polygamist didn’t stop demanding things from her. He wanted his ex to sell off her $700k Flagstaff house and use its profits for the Coyote Pass construction. Fans found this odd because the property was solely in Christine’s name. Hence sharing its earnings felt wrong to the audience.

More importantly, Christine had expressed no interest in having the Coyote Pass property. Hence, making her use the money on it felt bizarre to the fans. TheSun had disclosed that the third wife ended u selling the land back to Kody Brown at merely $10. The original price of it is estimated at around $300k. To this day, the stars have not yet disclosed the decision behind this major move. They might do it in the upcoming episodes. Stay tuned to TV Season & Spoilers