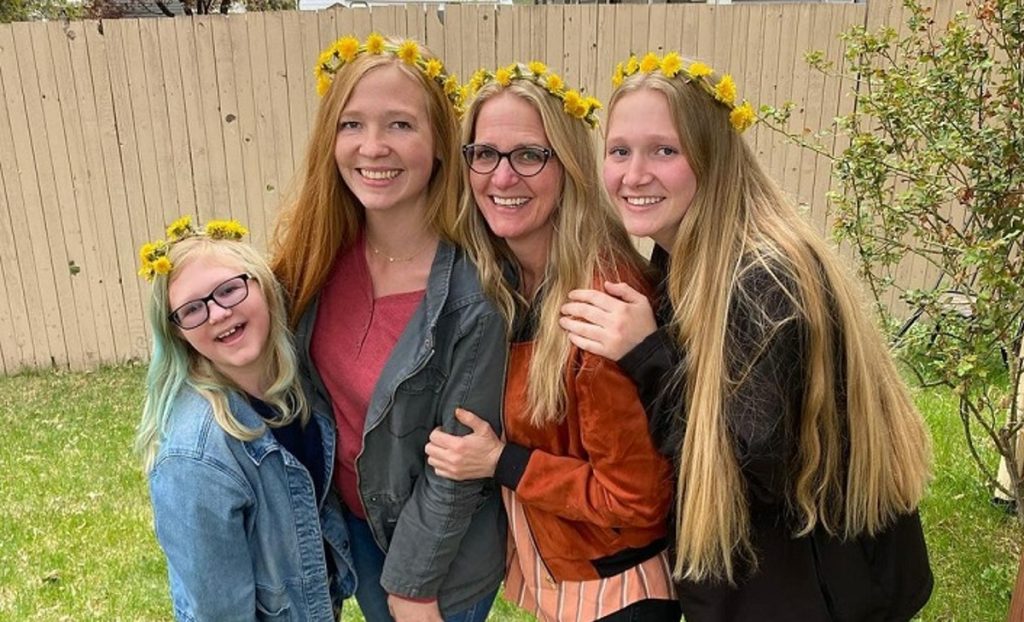 The Sister Wives star Christine Brown has been creating headlines since 2021. The celeb was the first one to announce her divorce. After having a chaotic marriage for decades the TLC star decided to leave all the toxicity behind and started afresh in her life. Undoubtedly, it was really difficult for her because Kody still wanted to hang on but she was firm with her decision and didn’t have double thoughts regarding the same. She took her youngest daughter with her and is living a happy life closer to her kids. Recently, Christine went rock climbing with her daughters while she flaunted her revenge body. Keep reading for more details.

The Sister Wives star Christine Brown left Arizona and decided to relocate to Utah. She took her daughter Truely and now is living closer to her kids. Evidently, almost all her kids live in Utah so she gets to see them more often and also gets the privilege of spending time with her grandchildren. Unlike, Kody the matriarch loves to spend quality time with her family and even leaves her work at the time for that. Recently, she took to Instagram and posted a new video in which she went rock climbing in Utah.

The video had many short clips and pictures which had Christine, Ysabel, and Truely. It was evident that the trio is enjoying a lot together. It featured the Cooking With Just Christine host climbing the artificial wall which had many grips to help the star go up. Then it had pictures of the Sister Wives mom with her daughter lying on the floor and laughing their hearts out. Christine wore an all-black outfit and looked stunning while she was climbing the wall with utmost enthusiasm and energy.

Christine wrote in the caption that she went rock climbing in Utah. She further added that it is just one of the many blessings that the star has from living so close to her kids. Indeed, fans were really happy to watch the TLC celeb having a great time with her family. A user commented and claimed that living well is the best revenge that she is taking. Another one chimed in and added that it’s great to watch Ysabel climb after her surgery. The third one added that it’s great to watch Christine living a happy life

and spending time with her daughters.

The Sister Wives star has decided to make her physical and mental health her priority. Lately, Christine has been focusing on her weight management and has been flaunting her curves. She took to Instagram and shared a clip in which she was using a rowing machine and working out. Christine was also doing sit-ups with a weight in her hand. The TLC star also captioned the post saying that she feels amazing and this new year is her year!

The Sister Wives star Christine Brown also mentioned that progress is progress and a person should never look back after committing to their day. Not only this but the viewers loved her all-black outfit which perfectly complimented her curves. Fans took to the comment section to appreciate her look. A user commented that it is great to watch Christine finally being away from a toxic relationship and living her life. Another one chimed in and wrote that revenge bodies are the best and appreciated Christine for doing a great job! Keep coming back to TV Season & Spoilers for all the latest Sister Wives tea.