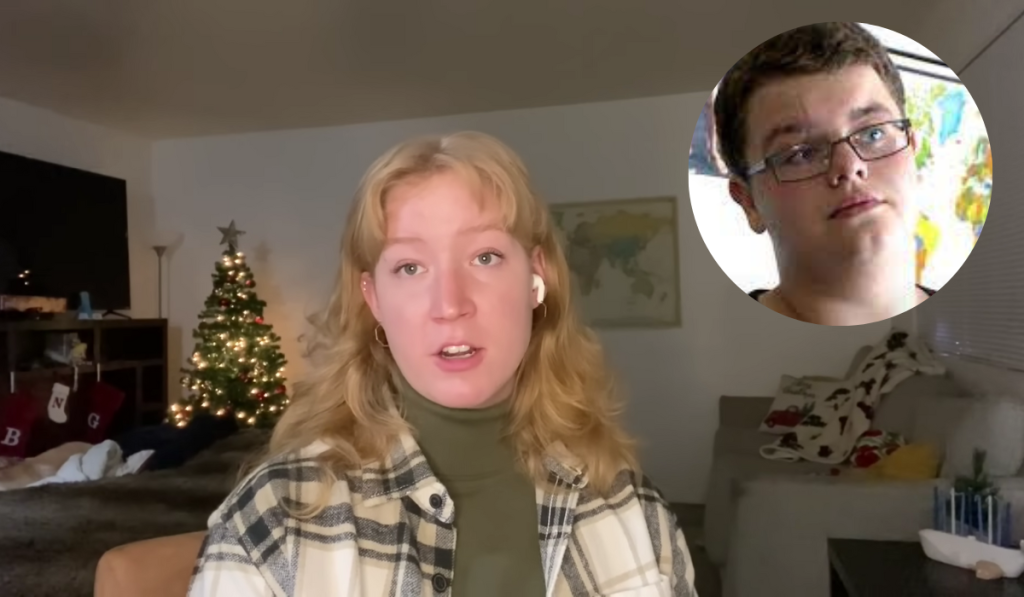 If you also follow Gwendlyn Brown on YouTube, you must know how she shared her views on some of the episodes of Sister Wives. In her recent video, we saw how she praised Janelle for being confident and confessed her dislike for Robyn. When Christine Brown, Gwen’s mother, decided to end her marriage, she became one of the most vocal members of the polygamous family. Gwen is now ensuring that the truth is being revealed rather than allowing Kody to manage a cover-up. During her recent Gwen revealed her suspicions regarding Dayton Brown’s possible residence. It was claimed that Robyn and Kody Brown’s eldest son had left their lavish house. But Gwendlyn just posted a video where she spills the beans, which may contradict what Robyn mentioned earlier.

The daughter of Christine and Kody Brown Gwendlyn has recently started her new YouTube channel wherein she posts the reaction video of Sister Wives and hosts a Q&A session. And just like always, she got up with the latest video. However, in her new video, she revealed some hidden information. In her Q&A, one of her followers asked about the RV that seems to park on an adjoining lot of Kody and Robyn’s house. Gwendlyn replied that it might be Dayton living in that RV outside Kody and Robyn’s house. However, she is not 100 percent sure about it. She draws a comparison between this and the period when Garrison resided next to his mother, Janelle’s rented home. Garrison did this to maintain his independence as well as to maintain his isolation during COVID-19.

Another argument in favor of Dayton residing in the RV comes from Kody, who suggested that one or more of Robyn’s kids may have been ordered to leave the house for disobeying the COVID-19 regulations. However, it is ironic as, according to Robyn, she was apparently against the idea of someone residing in the RV. When Janelle wanted to purchase a fifth wheel on Coyote Pass, Robyn stated she was not a big fan of trailers. She even said that she doesn’t think anybody should have to live in them. But the question now arises: if Robyn was against the idea, how did she make her son live in it? However, Gwendlyn did not mention anything about it. So it all tends to be suspicious now.

Gwen had some strong thoughts towards a certain member of the Brown family as the most recent season of Sister Wives came to a conclusion. As fans could have guessed, Gwen no longer liked Robyn and the way she handled the other individuals on the show. In her most recent video, she claimed that she dislikes Robyn. And watching the recent episodes makes her like Robyn even “less”. Despite the fact that Gwen mentioned did not like Kody’s favorite wife, she mention that Robyn was kind to her fiance when she first met her. Fans of the show also questioned whether Gwen really thought Kody would change his ways and reconcile with his children.

Gwen replied quite diplomatically, informing the fans that Kody was “unlikely” to confess his mistake. Then, she said that she recently spoke with her father and that he was trying to improve relationships with everyone. However, it is not shocking to learn that none of Kody’s children like Robyn. Not only the children but the fans have also disliked Robyn. Be it Robyn’s wonky eyebrows, fake tears, or turning of Kody’s head, she has always failed to impress the viewers. Sister Wives viewers firmly think that Kody will start living a monogamous lifestyle with Robyn now that he is down to just one wife. He will not look back on any of their choices that led to this result. Keep checking TV Season & Spoilers