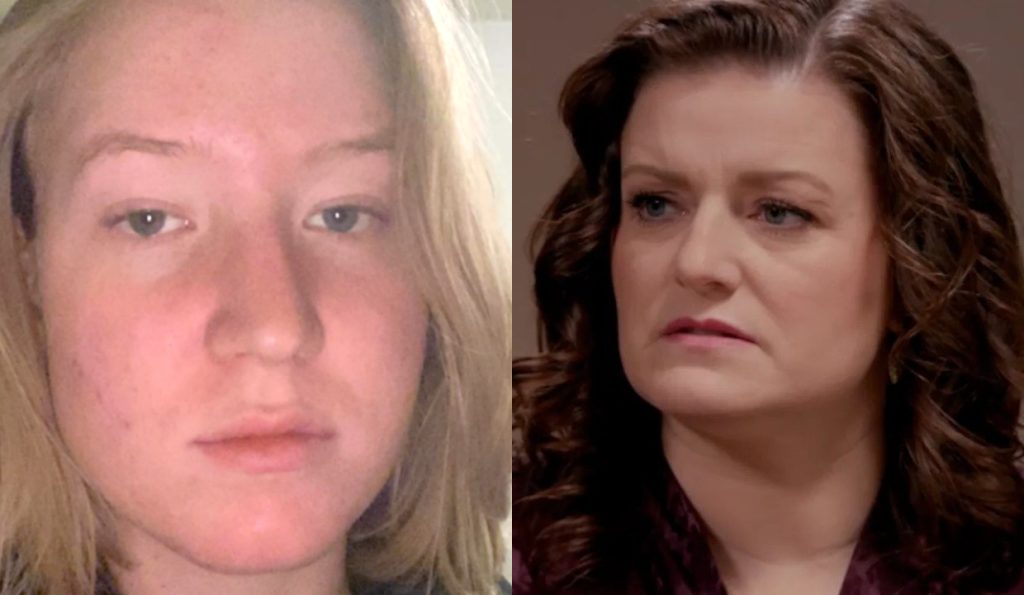 Sister Wives: “I Don’t Really Like Her As A Person” Gwendlyn Brown’s Statement About Robyn

There has been a lot of drama in the latest season of Sister Wives. Everything began when Christine made her separation from Kody public in a statement back in November 2021. Even Meri and Janelle have ended their relationship with Kody. The special segment of the TLC show, Sister Wives: One-on-One, revealed both splits. The celebrity polygamist is currently only married to Robyn. Well, Robyn has been Kody’s favorite wife amongst all four. Hence, there seems to be no chance of witnessing one more divorce. But unlike Kody, nobody appears to like her. Not only the Sister Wives but their kids also tend to dislike her. However, Kody and Christine’s daughter Gwen Brown recently admitted she doesn’t like her. Let’s ready to find out the reason behind her statement.

Sister Wives: Gwendlyn Says She Does Not Life

Gwendlyn Brown, the daughter of Christine and Kody Brown, has a lot to say about the outrageous drama in her family. On December 21, Gwendlyn uploaded a YouTube video in which she viewed some Sister Wives episodes from earlier in the season and gave her thoughts. Following the recent breakups of Christine, Janelle Brown, and Meri Brown

, who were all Kody’s previous wives. Gwen criticized her stepmother Robyn Brown, now Kody’s remaining spouse. However, in the video, she stated that she does feel less about her father’s youngest wife after watching the episodes. But Christine’s daughter believes that’s unfair since she “don’t really like her as a person”. Therefore, it’s probably not a fully valid response. But as she observed Robyn and she liked her less, added Gwendlyn.

Also, Gwendlyn was seen answering fans’ questions later in the video. One question popped up in which someone asked her whether Robyn made any efforts to reach out to her former Sister Wives kids, as she claimed earlier. Gwendlyn revealed that Robyn never reached out to her, even as she claimed. However, the former wished her on her birthday, but the latter never does the same for her. And hence according to her, it is not the truth that she claimed. Apart from her dislike towards her stepmother, Gwen had something nice to say about her. Robyn specifically reached out to her girlfriend and introduced herself. Beatriz then said that Robyn was kind and sweet to her. However, Gwendlyn appreciates her effort to make an attempt to reach out on her own.

Sister Wives: Gwendly Shared Her Views On Her Parent’s Divorce

Also, when asked about her relationship with her father. She says it is still a “work in progress”. Gwendlyn claimed that Kody doesn’t actively reach out to her. Instead, she has to reach out to him. And she has to ask if he is available. But she believes he is working on it and will improve with time. Further to the video, she expressed her views about her parent’s divorce. Gwendlyn said that when she learned about her mother’s decision to get separated from her father, she was very happy. Christine said she was moving and divorcing her father at the same time. Gwen, without any second thought, supported her. Because Kody and Christine’s daughter never liked their relationship, she was happy for her as Christine was finally going home.

However, Gwendlyn stated that she loves her mother a lot and visits her often. But seeing her happy and independent make her feel relief. Christine previously referred to Robyn as Kody’s “favourite wife” and suggested that Robyn’s close relationship with Kody may have influenced Christine’s choice to leave. Moving on! Fans believe Christine’s decision to leave Kody was one of the best. Fans are happy to see her living her life to the fullest. So, like others, what do you feel about Christine? Tell us in the comment section. Also, stay tuned to TV Season & Spoilers for more such updates.