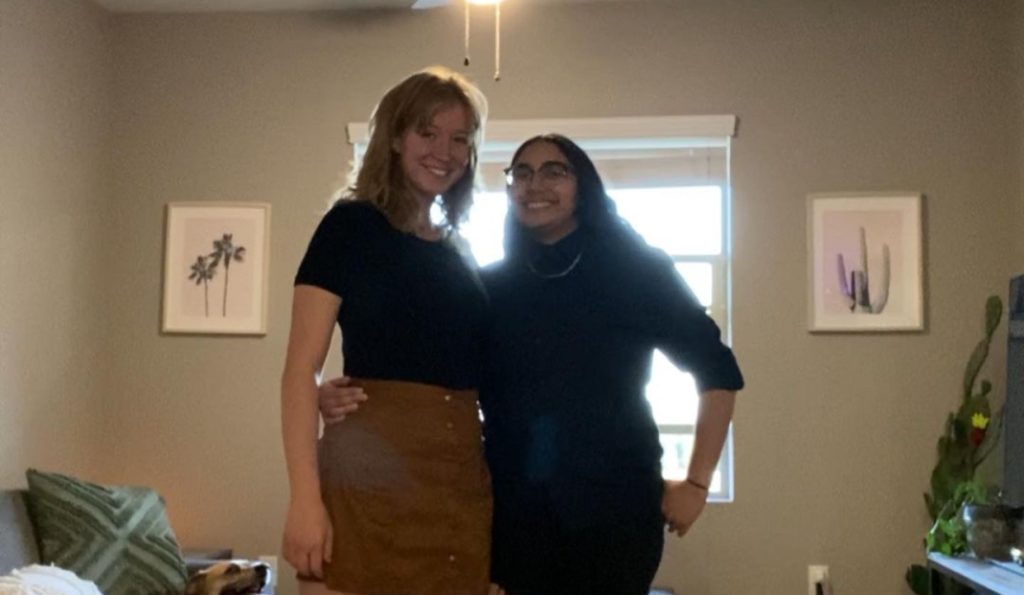 Gwendlyn Brown became part of the Sister Wives franchise when she was a kid. Over the years, the viewers have seen her flourish and grow into a confident young woman. Although she doesn’t star in the show as frequently anymore, they keep track of her life through social media. Lately, Gwen had a very important announcement to make about her life. It turns out that she is engaged to her girlfriend, Beatriz Queiroz! Keep reading more to know all the details about this.

Gwendlyn Brown has been in the limelight for some time now. Although the Sister Wives family knew for a long time, she came out publically in the reality show in the latest season. Her mother, Christine Brown, is a proud ally and is happy for her daughter. Apart from this, Gwen is also open about her life through her social media handle. She had introduced her Instagram followers to her girlfriend, Beatriz Queiroz, only a few months ago. It turns out their love has bloomed stronger than ever. That’s because they are ready to tie the knot! Gwen announced her engagement through her social media.

Gwendlyn put up pictures of herself and her partner, Beatriz, on social media. It was from the time the proposal happened. Both the ladies were sitting on a sheet covered with roses and canceled while grinning ear to ear. The caption for the same said, “I’m engaged”. She then urged the Sister Wives fans to go to her Patreon to get a glimpse of the proposal and look at the wedding rings. Fans excitedly took to the comments section to wish the newly engaged couple, Gwen and Beatriz

, while saying they are very proud and happy for them.

Sister Wives: Gwen Goes On A Date With Beatriz To Disneyland!

While it was a big deal when Gwendlyn Brown came out as a bisexual in the Sister Wives’ latest season, her avid followers have known this for a long time. That’s because she had come out through her Instagram handle. It turns out she has been in a relationship with Beatriz Queiroz for seven months. They made their relationship a part of the public eye four months after dating. Things have been serious between the two for a long time, and they are already living together in an apartment in Utah.

Apart from this, Gwen makes sure to give a glimpse to the fans of most of her adventures with her loving fiancee. For instance, she and her girlfriend went on a trip to “Disneyland”

after “barely” dating for just two months. She was very happy with this milestone and also shared pictures of the same on her social media. The fans were glad to see the former child star living her truth and being extremely gleeful in love. Now, they can’t wait to hear more about their wedding and remain curious about when they will tie the knot. Both of them haven’t shed light on this matter yet. Keep coming back to TV Season & Spoilers for more Sister Wives content.