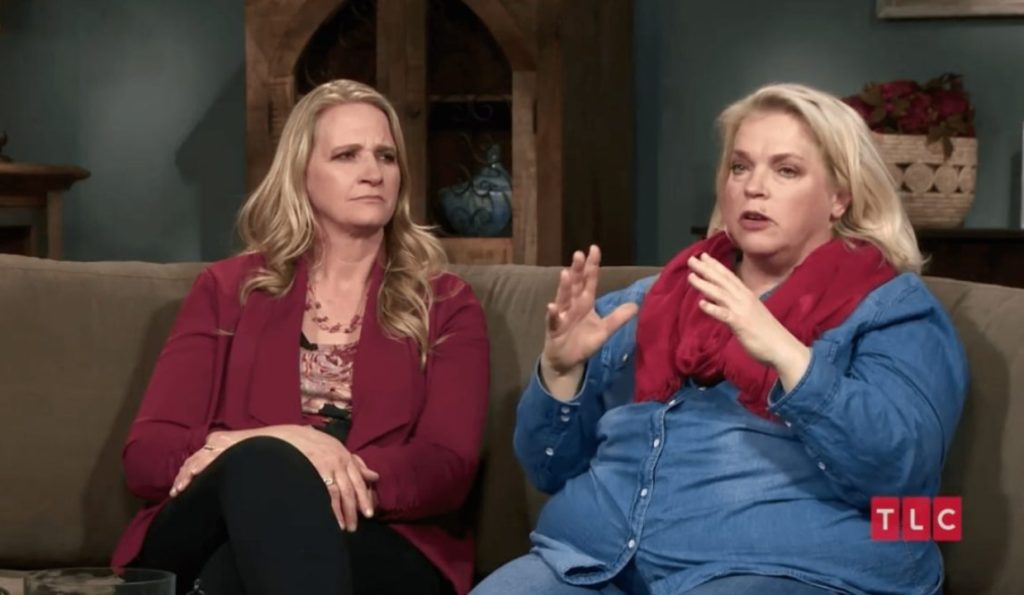 Sister Wives: Janelle Gets NOSY About Christine’s Love Life! Wants Her To Remarry

Sister Wives stars Christine and Janelle are the closest family members. Although they shared a common husband, both of them have been there for each other through thick and thin. After Christine made her decision to separate the public, everyone was upset and furious for leaving. However, Janelle has been supportive of her like a true friend. In the upcoming episode, she will get “nosy” and ask her dear friend about having a future in terms of finding another man after Kody. Keep reading to know what Christine had to say about this possibility.

Christine has been going through a difficult time. The Sister Wives star made it known to everyone that she is done with her marriage with Kody Brown. Not only is he upset as he didn’t “allow” her to do so, but so are the other people like Meri and Robyn Brown. During this dire time, her friend and sister wife, Janelle, is her only supporter. As per the promo of an upcoming episode, the second wife asked a rather intrusive question to Christine. In the confessional, the former even admitted being “nosy” while doing so. Hence, Janelle asked the ex-wife if she thinks she’ll ever “remarry”.

Christine was quick to answer that she was definitely “open” to the idea. However, it must be to “someone else” and not her ex-husband, Kody. The star is all in for a fresh beginning. Janelle also supported this matter by saying that her friend would be “50 and healthy”. So, she shouldn’t be “alone” for the rest of her life. Christine also acknowledged that it is going to be a “whole new life,”

and she has been “changing so much” and “breaking” so many hearts. At last, her ex, Kody, also mentioned to the camera that he is heartbroken and “angry”. Instead of dealing with the emotion, he has been fighting it.

Christine has been quite low-key since her divorce from Kody Brown. Most of Sister Wives star’s Instagram posts were about her life in Utah and spending time with her loving kids. However, she gave out a lot of details in a latest interview. Most of it was all about how her life had been since she left her polygamist ex, Kody Brown. Christine appeared happier than ever and acknowledged that she is still getting to know her new self and embracing her individually. At last, she spilled tea about her love life too.

Christine has finally started to move on. That’s because she has been going on dates. Without revealing much, she mentioned that she is keeping it “very very casual”. Hence, she has not found anyone yet to be in a serious relationship with. The former wife also mentioned being “open” to marrying again, as said in the promo. However, it must be a monogamous marriage as she is done with polygamy once and for all. Keep coming back to TV Season & Spoilers