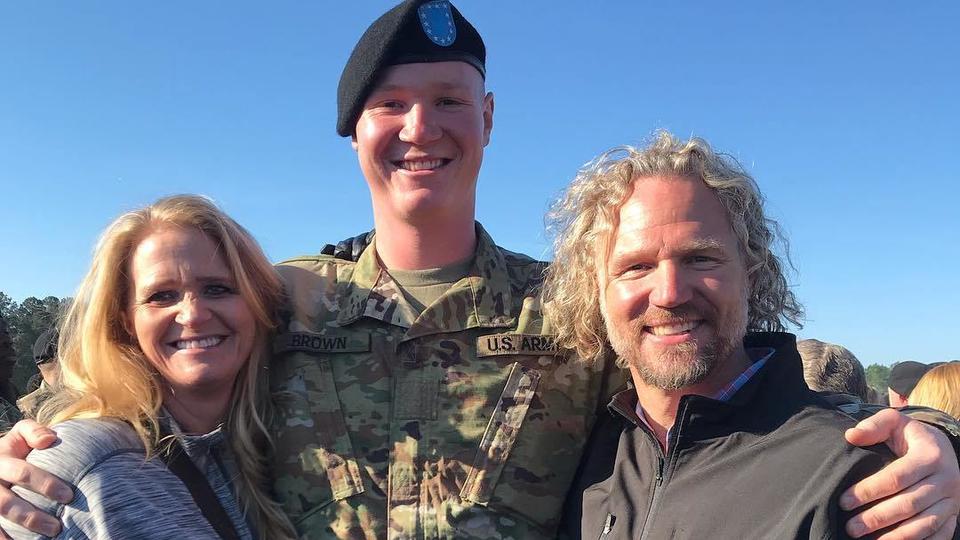 After the much-heated drama, it seems like everything is cooling down in the Brown family. Christine Brown went through a tough time in the last season of Sister Wives. More so, she left everything that was related to Kody. The ex-wife wanted to have peace and harmony in her life. Hence, she had to sacrifice her disastrous relationship with Kody Brown to gain happiness. More so, Paedon has shared an interesting sneak peek of Christine’s life. So, tune in to find out.

Sister Wives: Why Paedon Thinks Christine Has Made An Incredible Decision

Christine Brown left her polygamous husband in search of peace. And as assumed, the 49-year old admitted she feels much happier after her separation. Hence, she added that she had become a much better person after her split. Meanwhile, her son Paedon has shed light on how she’s doing. The 23-year old said that her mother has no regrets after splitting from Kody.

As per UsWeekly, Paedon said that his mother has never been happier. That’s because she’s finally living her life. In addition, she lives minutes away from her two oldest daughters, Mykelti & Aspyn. Therefore, she gets to spend more time with them. The 23-year old also mentioned that Christine had made an incredible move by leaving the marriage she was not happy with.

Paedon said, “She’s honestly done with it, and that’s OK.” Furthermore, Christine’s son said he and his mother both are grateful for the Sister Wives’ relationships. However, in the end, it’s not for them anymore. The fans also think that the 49-year old mom has made the best possible move for her. And now she has her own special spin-off series

based on her raw talent for cooking.

Sister Wives: Kody Brown Wants To Be “FRIENDS” With Christine!

The ex-couple’s split garnered much attention due to their feud. Hence, tension arose between the two. Likewise, the Brown family became estranged over the tension. More so, Kody Brown expressed his annoyance at Christine’s decision. In fact, he was seriously affected by his ex-wife’s actions. Therefore, he had to take grief counseling to overcome his emotional hell.

However, he’s still processing his emotions and is angry at his ex-wife. But he told the Tell-All host, Sukanya, that he wishes the best for his ex-wife. He also hopes that Christine gets “married”

down the lane and gets a wonderful relationship. In addition, he expects friendship with Christine over time. So, do you think the ex-couple can be friends in the future? Tell us in the comments below. And till then, stay tuned to TV Seasons & Spoilers for more.