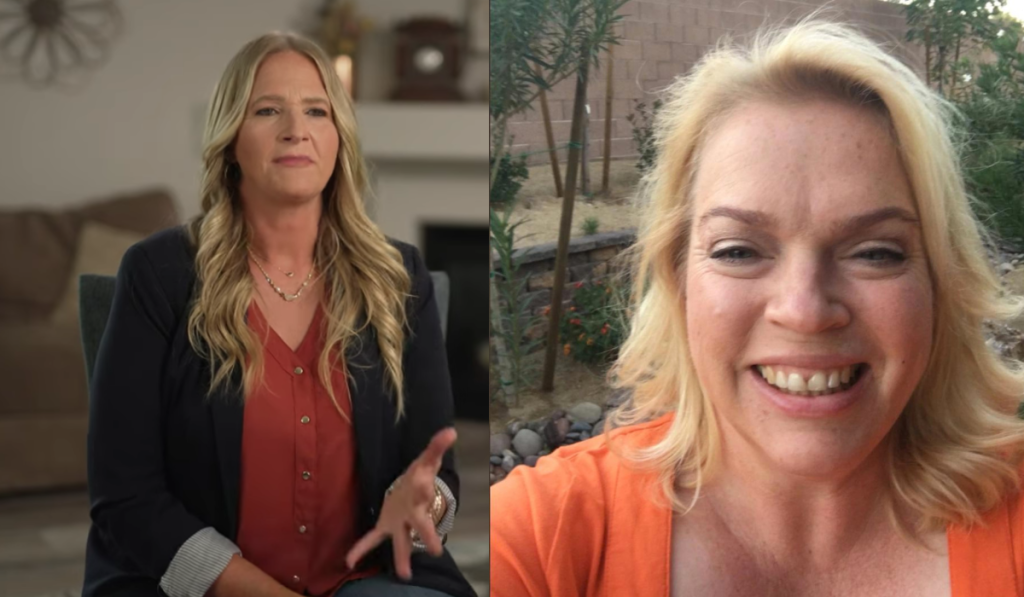 Christine Brown may have left the big Brown family, but she did earn valuable friendships in the house. The reality star and Janelle Brown have been together for years. Christine always took care of Janelle’s kids and became their primary mother. Moreover, the second wife is obliged and happy to be a friend of the ex-wife. The two friends take trips and play games together. Hence, when the Sister Wives celeb decided, Janelle was the first person to gear her up. Tune in to know all the details.

Leaving 26 years of marriage isn’t child’s play. Christine Brown must have been through hell when she decided to leave Kody. Moreover, the ex-couple’s relationship was worn out a long time before. The Sister Wives star noted that she didn’t like when Kody gave most of his attention to the fourth wife. Kody Brown failed to attend Ysabel’s surgery. And at that time, he also failed to be a father. Hence, Christine decided to leave the patriarch at that very moment. Meanwhile, Janelle Brown has been her pillar of strength since the start. The reality star told the People that Janelle brown actually cried when Christine told her and the others about her departure.

The decision to leave Kody and the others was hard for Christine. So, as the third wife isn’t close to Robyn or Meri for years, Janelle was the first person to reach out to Christine. And since the divorce, Janelle and the third wife have been close. The Sister Wives celeb noted that the second wife and she are really good friends. The TLC fans have seen it for themselves. The second wife has always been Christine’s cheerleader and vice versa. The two have created a great bond, and even their kids are hopeful of the friendship. Janelle’s support for Christine

for leaving polygamy does raise questions if she would walk the same path in the future.

When Kody Brown learned about Christine leaving him, he was stunned. The family patriarch never thought that the third wife could leave. Moreover, he was in denial and thought it was just a phase. However, when Christine did leave, Papa Brown was shattered. But looking at the sneak peek, it looks like the patriarch blamed his ex-wife for all the chaos. When Christine told her then-husband that he told her he wasn’t attracted to her, Kody denied it. The Sister Wives celeb went on to say that he heard rumors from people of Christine telling everyone that she would leave.

Therefore, Kody noted he shrugged his shoulders when Christine asked him if they would ever be intimate. However, learning this, the ex-wife wasn’t happy and felt humiliated by Kody’s words. The reality star stated that she wouldn’t be with a man who isn’t ready for an intimate relationship. Christine Brown is happy and content with her life currently. Clearly, the mother of six doesn’t need a man to be happy. Stay tuned to TV Season & Spoilers for the latest updates on Sister Wives.