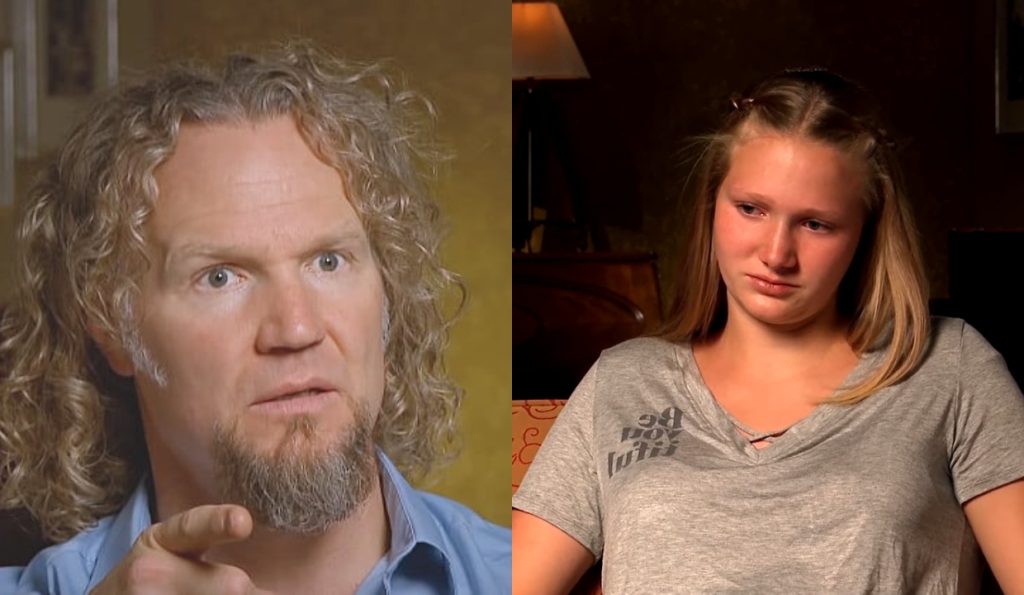 Kody Brown has been landing himself in trouble since last year when it comes to mistreating his adult kids. As the pandemic hit, the Sister Wives star made the decision to isolate himself in Robyn Brown’s house, his fourth wife. Due to this, he couldn’t give time to his other adult kids and three wives. Out of all the kids, Christine’s daughter Ysabel had to suffer the most because of it. That’s because her father refused to accompany her for her important scoliosis surgery. In the latest episode, he expressed not visiting her for the last time before she leaves for college. Keep reading to know more details.

Sister Wives: Kody Refuses To Meet Ysabel! Blames Her For Her ‘Choice’

Kody Brown has not been a fan favorite since Sister Wives began airing on TV. Things really hit the roof in the last season. That’s because viewers could sense he had been ignoring the rest of the family after taking shelter in Robyn’s house. He was doing so not to contract COVID-19 and made the rest of the family follow a strict protocol focusing on distancing. At last, it was time for his kids to go back to school in person. Christine’s daughter was looking forward to it as it was her final year, and she wanted to spend time with her friends. Later, Ysabel would go to North Carolina

for college. Kody didn’t seem amused by this.

In a Zoom call, he clearly stated that he wouldn’t meet Ysabel if she started leaving the house again for school. That’s because it would make them prone to contracting COVID-19. Even if it was the father’s last time to spend quality time with his daughter before college, he refused to do so. Robyn’s daughter Breanna took the decision to continue with her online classes so her father could stay around her. Christine angrily stated in her confessional that her husband didn’t even ask Ysabel to do so. After refusing to meet her, Kody wanted Ysabel not to be “bitter” about people “reacting” to her choice.

Sister Wives: Janelle Calls Out Kody For Being Evil! Says It Was Unfair For Him To Make Ysabel Choose

Things got quite heated during the Brown family video call discussing Ysabel’s decision to go back to school in person. As Janelle is quite close to Christine, she began suggesting Kody ways so that he can spend some time with Ysabel. Therefore, she thought it would be a great idea for the father-daughter to meet up in the backyard being six feet away, and all following all other necessary protocols. Kody shot down this idea during his confessional. He called the weather an “inconvenience” for him to meet up with Ysabel.

At last, Janelle was also quite upset with Kody’s behavior. She thought it was very “unfair” of her husband to make Ysabel choose between her friends and him. Fans feel everyone apart from Kody and Robyn can sense how hypocritical they have been with the lockdown protocols

and their decision to distance themselves from the rest of the family. They have been quite upset about this too. Keep track of all the latest Sister Wives updates by checking TV Season & Spoilers.