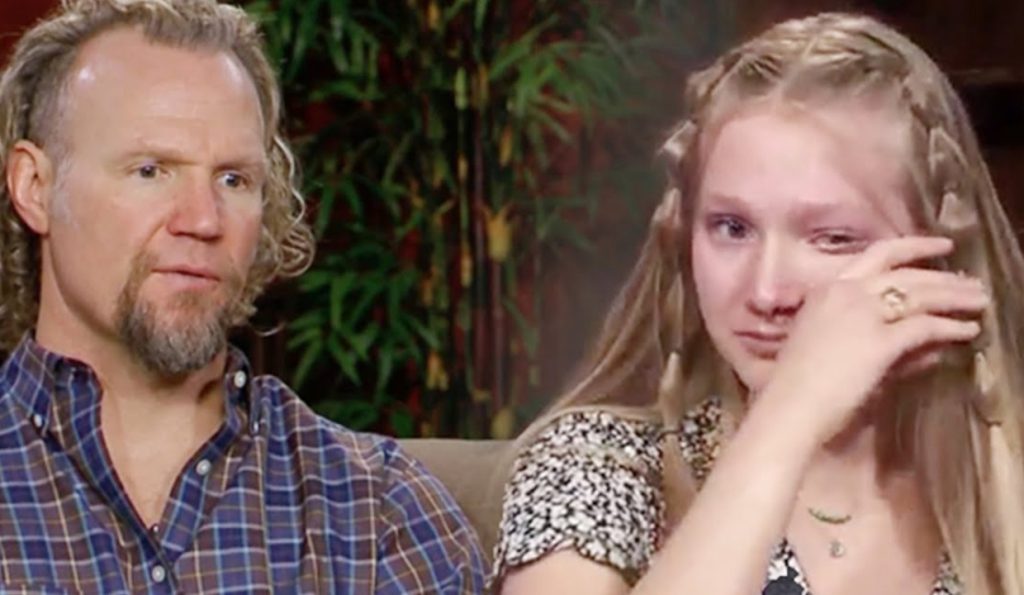 Kody Brown began being unfair to his family after the Coronavirus pandemic. The Sister Wives star refused to spend time with the plural family to avoid contracting the deadly virus. This made him take shelter in Robyn Brown’s house with all their kids. As a result, it soured his relationship with the rest of the wives. He even refused to go for his daughter Ysabel’s scoliosis surgery in New Jersey. The new episode revealed that the father has continued to ignore her even if it was his last chance to meet her. Read on to know what went down.

Sister Wives: Kody Refuses To Meet Ysabel Before She Takes Off For College!

Kody Brown faced a lot of backlash in the last season of Sister Wives. He began ignoring most of this plural family since Coronavirus hit. His and Christine’s daughter Ysabel was due for important scoliosis surgery in New Jersey. The star didn’t accompany the mother-daughter for it, which was heartbreaking for the audience. In the latest episode, the Sister Wives were on a video call with the polygamist. Christine mentioned that Ysabel took the decision to finish the last few days of high school in person. It was her last time spending time with her friends before she went to college in North Carolina.

Her father, Kody Brown, was not at all thrilled with this change. He refused to meet her as she would be going to a public place on a daily basis. He was doing so to avoid getting affected by the coronavirus. His second wife, Janelle, suggested that the father-daughter duo can meet one another in the backyard at 6 feet distance. The notorious castmate refused this, too, as the “weather” was an inconvenience. Viewers took to social media to speculate that Kody is blatantly ignoring his daughter again. They were angry with him again and began bashing him on social media. Janelle supported Christine while saying it was ridiculous for their husband to make Ysabel choose between her friends or her father.

The Sister Wives viewers have been witnessing Christine and Kody’s failing marriage for a few seasons now. However, the new season has the third wife finally leaving the polygamist and his plural family. Although there were several reasons for the third wife to leave, she finally talked about the final nail in the coffin. In an interview, the celebrity talked about how her ex-husband broke her little girl’s heart. Yes, she was referring to the time she accompanied her daughter to New Jersey for her important scoliosis surgery.

Kody Brown refused to come for Ysabel’s major surgery. He didn’t want to risk catching coronavirus while traveling. This was a low blow for the notorious castmate. The Sister Wives united to shame him for his choices and for not being there for his family during such a crucial time. Well, all of it is in the past. Christine and her kids seem to be flourishing after letting go of Kody. It is quite evident through their social media handles. So, fans are happy for them. Keep coming back to TV Season & Spoilers for latest updates.