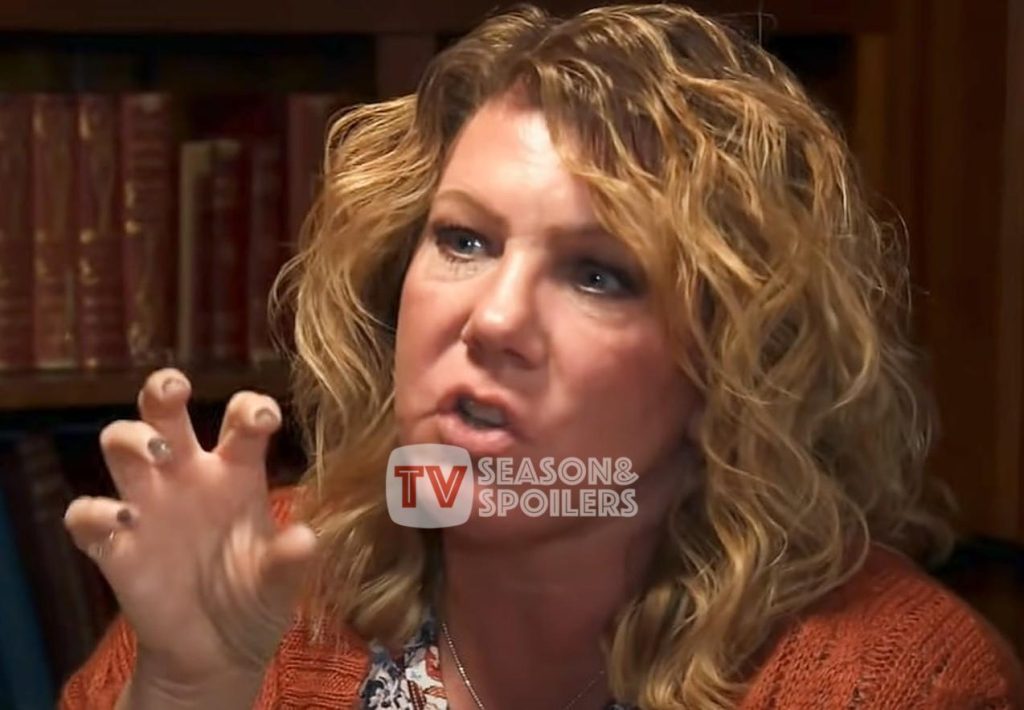 Ever since the beloved Bonnie Alhstorm passed away, her daughter Meri has been looking after her B&B. Therefore, the Sister Wives Celeb maintained the records after her mother’s departure. And likewise, she has been the protector of it as well. Meanwhile, in a recent Instagram story, the lone wolf has given a stern warning to the onlookers and visitors. So, tune in to know what made the celeb furious.

Ever since Meri Brown started looking after Lizzie’s Heritage Inn, she has garnered many tourists around it. Hence, the service and immense popularity are thriving for the B&B. Likewise, being the property owner, the Sister Wives celeb tends to look after it as well. It seems like a horrific incident took place recently, that led the lone wolf to give a stern warning to the visitors and passersby.

The incident happened with Jen Sullivan, a BFF of Meri Brown. The BFF helps her best friend with keeping the duties at the Inn. On Thursday, a creepy onlooker tried to contact Jen’s kids near the Inn. Therefore, Meri took to Instagram to share the horrific incident. And then, Meri stepped in support of her. She started the message by saying that if a fan wants to take a picture of the house, they are most welcome.

However, she sternly stated that it is not “OK” to get information from a child or ask their names. She added that the fans should not ask the kids to take them into the house. Then she proceeded to warn that she would do everything to protect the children and their safety. More so, she added that the safety of the neighborhood children comes first and foremost. Keep reading to know what really happened.

Fans know Jen Sullivan from her Friday With Friends Instagram live with Meri. She’s one of the closest to her and is a rock for her. The first wife has managed to increase the engagement of the B&B. Therefore, it is not uncommon for creepers to lure in. Likewise, on Thursday, Jen Sullivan shared a scary incident that happened with her kids.

The mother told her followers that a possible “predator” tried to make contact with her kids. Hence, she is scared, but she won’t be afraid to protect her children. She wrote on her Instagram story that if people are yelling at her kids, she’ll assume the worst. She asked her followers to step in her shoes and know how it feels. More so, she warned them that her kids were off-limits and strangers weren’t allowed to talk to them.

Jen ended the message by saying that she would not react kindly if something happened again. The BFF purposely used the hashtags #mamabear, #protective, and #wearenotcelebrities. Stay tuned to TV Seasons & Spoilers.