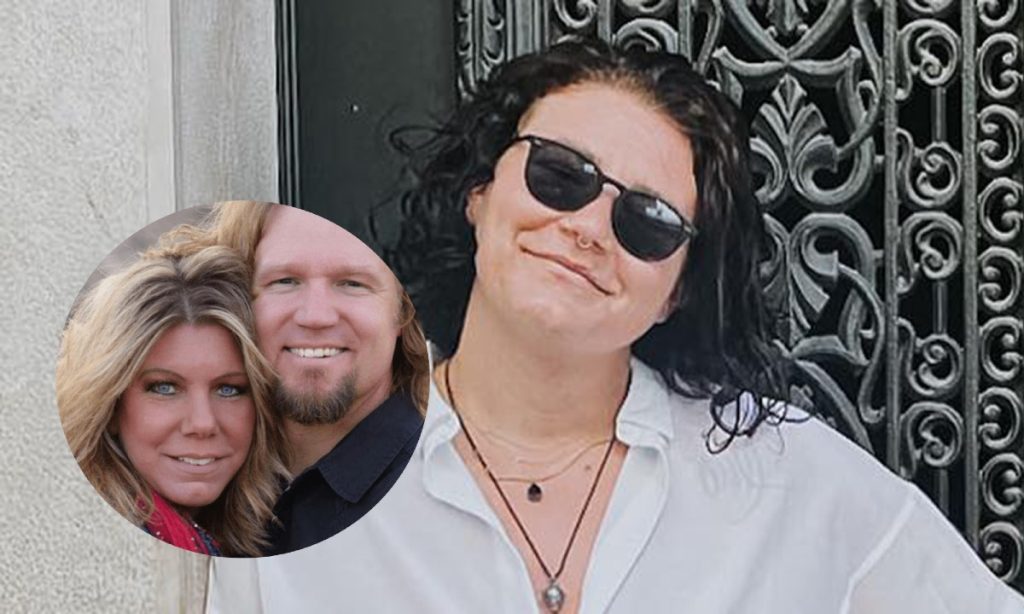 Sister Wives has been a part of TLC for more than ten years. In the beginning, Kody Brown and his four wives were following a conservative lifestyle. Their kids had to follow through, too. However, a lot has changed since then. Many of the Brown family members, especially the kids, have come out and lived their truth. One of them is, Leon Brown i.e., Meri and Kody’s only child (dead name: Mariah). They came out as “transgender” and identify as “nonbinary”. Lately, Leon took to his Tik Tok to showcase their top surgery. Keep reading to know more details about this.

As mentioned above, the Brown family kids from Sister Wives have not let orthodox mindsets control their lives. A lot of them are out and proud. Last year, Meri Brown’s only child, Leon, reintroduced themselves. They stated they now go by the pronouns “they/them” and “non-binary”. This means that they don’t identify as a male or female anymore. The fanbase was proud of the former child star for making such a brave post online and making the audience a part of their milestone. Lately, Leon has one more highlight to add to their life. They took to TikTok to reveal so.

Apparently, Leon was casually chilling in the video with their shirt off. The Sister Wives fanbase could sense that they underwent top surgery recently. For the unversed, Leon’s gender assigned at birth was female. Hence, they went through a top surgery that was gender-affirming. The people from the LGBTQIA+ community know that it is very empowering to undergo such changes. So, they took to the comments section to say they were proud of Leon. The fans also hoped that the child star had healed from the surgery and was doing. They and their partner Audrey Kriss are always in the limelight because of their wholesome posts. Hence, these stars have earned a special place for themselves in fans’ hearts.

Audrey and Leon have made headlines ever since they made their relationship public. They also had a segment on Sister Wives when they came out as gay in front of Meri and the rest of the main castmates. While most of them were supportive, patriarch Kody Brown didn’t understand it. However, he still respected them and stated that revealing such truth about themselves was a brave thing. Now, both Leon and Audrey have earned the title of one of the cutest couples from the show. Both of them never fail to showcase their wholesome side on their Instagram either. Last year, Audrey Kriss made a post about attending a pride month with their partner, Leon.

Both of them were grinning ear to ear in their photo while embracing each other in a hug. Audrey captioned the post wishing the followers a “happy pride.” They also expressed their love for Leon. The couple made their pride month memorable by going to it with “open shirts”. Apparently, it was a big-time gender euphoria. The fans also validated and empowered them through the comments section. They were proud of the couple for bringing forward their beautiful story and raising awareness through national television and also their Instagram handles. The viewers also wished them all the best in their future endeavors. Some of them even want to see the duo star in more Sister Wives seasons. Would you like to see Leon and Audrey in the show again? Tell us in the comments below. For all the latest Sister Wives updates, keep checking TV Season & Spoilers