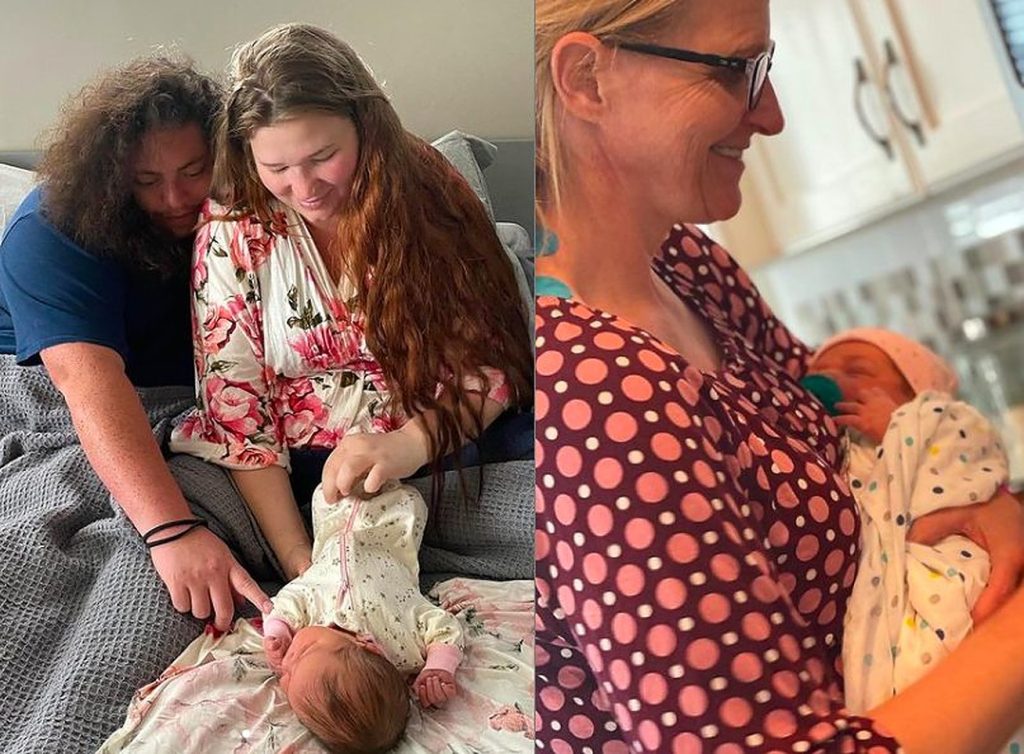 Sister Wives: Mykelti’s Home Birth To Feature On The Show! Baby Avalon Dropped Her Heartbeat During The Delivery

When Sister Wives had begun to premiere on TLC, most of Kody Brown’s kids were quite young. It has been ten years since the show aired its first episode. That means most of the kids are adults, they have moved out and are also married. Well, Mykelti Brown is one of them. Her relationship with her husband, Tony Padron, has been a huge part of the show. Together the couple welcomed their first child, Avalon, last year. The new season of the reality show will be documenting their homebirth. Keep reading to know more about this.

Sister Wives: Mykelti’s Scary Homebirth To Feature On The Show!

While Kody and his four wives remain the main focus of Sister Wives, the show also follows the storyline of their kids. For instance, Christine’s daughter Mykelti has been a significant part of the show. Her relationship with Tony Padron became the talk of the town back in the day. Years after being together, the couple finally tied the knot. In 2021, they also became parents for the first time to baby Avalon. Sister Wives Season 17 will feature Mykelti’s homebirth in the upcoming episode. Christine stated that her daughter was in “labor” for more than “24 hours” before things kickstarted.

People released a promo of the forthcoming episode on Septem ber 25, 2022. In it, Christine Brown called the experience “incredible” as they could see baby Avalon’s head while they were holding down Mykelti’s legs. Unfortunately, the delivery also had a scary moment as the newborn’s heartbeat “dropped” for a while. It happened as the cord got wrapped around the baby three or four times. Luckily, Mykelti did push hard enough with the right timing and welcomed Avalon Asa Padron to the world. Christine called her granddaughter “beautiful” while saying people don’t call it the “miracle of life” for “nothing”.

Mykelti and Tony’s little daughter Avalon became the new favorite Brown family member last year. All the Sister Wives fans couldn’t get enough of her cuteness through her parents’ social media. That’s when the couple announced another exciting news. In June 2022, both of them revealed that Avalon would soon be a big sister. That’s because Mykelti is pregnant again. This time around, she is carrying twins. The Sister Wives stars made their baby girl wear a shirt saying, “I’m going to be a big sister,” with two bibs lying next to her with the picture of milk bottles. It read out the words, “drinking buddies”.

A while later, Tony and Mykelti also made a gender reveal video from their backyard. They released color bombs that had hues of blue in them. Therefore, it became clear that they would be welcoming two baby boys now. The young mother revealed that the due date is in December, but they might come a bit early as they are twins. Are you excited for Tony and Mykelti to become parents again? Tell us in the comments below! For more Sister Wives updates, stay tuned to TV Season & Spoilers.