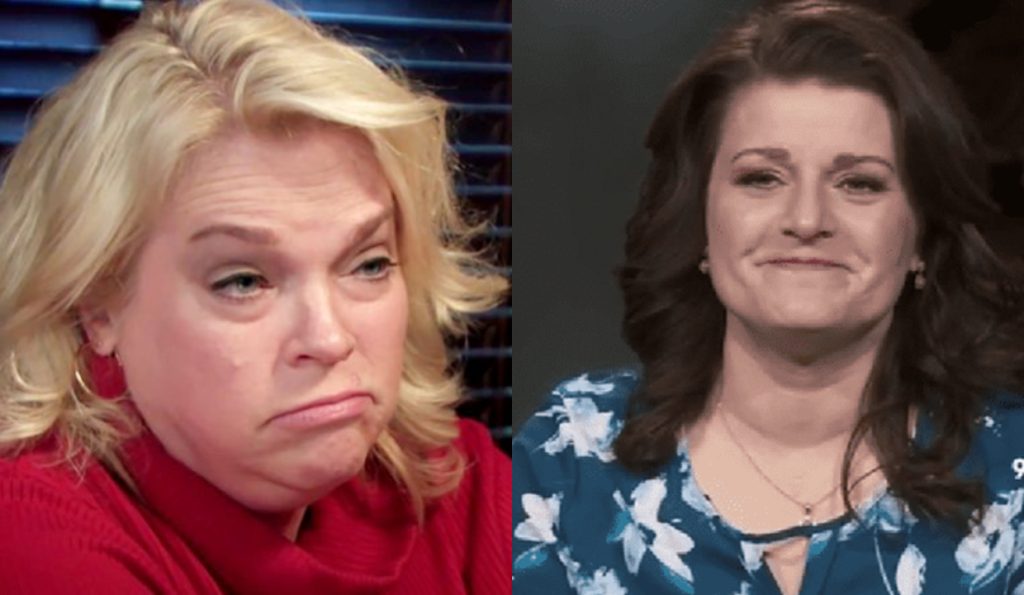 Sister Wives stars are back on TV screens to entertain their fans. Well, a lot has happened since the season premiere, and the viewers are hooked now. While Christine’s departure from the family is hogging all the spotlight, there are other issues in the family too. For instance, Janelle has embraced her adventurous side and bought an RV instead of moving into a rental house. Well, a lot of family members are not on board with this change. This includes Kody Brown. It looks like his “favorite” wife, Robyn, also had to say something about Janelle’s new move. It looks like she took a dig at her driving! Keep reading to know more about this.

A lot of new things are going on in the Sister Wives family. It all happened when Christine Brown happily announced her departure from the plural family. She finally pulled the plug on her marriage with Kody and expressed her wish to move to Utah with Truely, her youngest daughter. Amidst this, Janelle found out her rental home was going on sale all of a sudden. Hence, she was stuck with the dilemma of moving. That’s when she made up her mind about getting an RV and living on their Coyote Pass lot. Her husband, Kody, was not at all pleased by this choice.

After viewers got to see his cribbing in the latest episode, his fourth wife, Robyn, also had to say something about this. It turns out that Kody’s favorite wife went all passive-aggressive and took digs at Janelle. Robyn found it “funny” that the second wife was moving all around Flagstaff in a “huge truck”. The castmate talked about hearing stories about Janelle “struggling” to drive big vehicles. That’s when Sister Wives fans on Reddit realized that Robyn was taking a dig at Janelle for moving into an RV

. Instead of stating it blatantly, she did it sneakily by making fun of driving.

Sister Wives: Kody Says He Will ‘Suffer’ If He Moves Into Janelle’s RV!

Janelle was very happy to have purchased a trailer to live in. She and her youngest daughter Savannah appeared excited about the same. The Sister Wives star thought that it would drive the rest of the family to start construction on their Coyote Pass land soon. Moreover, it was also helping Janelle save up money as she didn’t move into another rental house. However, the head of the house, Kody Brown, had problems with this. He was not okay with the size of the RV. He found it too small, especially the bathroom and the kitchen space.

At last, the polygamist was also angry that he would have to move his stuff from Janelle’s house to Robyn’s. Moreover, he was not at all on board with spending time with Janelle by visiting her and their kids in the RV. The man went ahead and blatantly said that Kody doesn’t want to “suffer” because of the choice Janelle made

. Viewers found this very rude and shamed Kody for not supporting his wife when she was ready for such a major transition in her life. Keep coming back to TV Season & Spoilers for the latest Sister Wives tea.