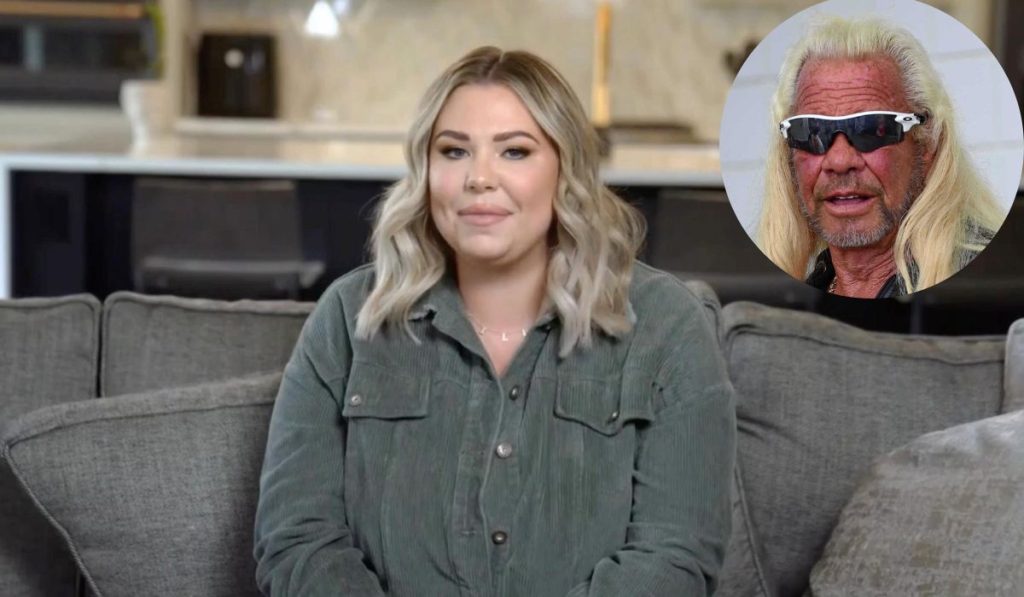 Teen Mom personality Kailyn Lowry debuted on the MTV show when she was 17. She appeared with her first baby daddy Issac. Kailyn already has four kids with multiple partners. However, she is not in touch with any of them. During the show, Kailyn cleared the speculation made about her pregnancy. She mentioned that she would never have kids. The young mom also said she plans to get her tubes tied in December. It has been several months, and fans still think she is pregnant with her fifth baby and hiding it from all. Not only this, but fans also assume that the reality star Duane Chaman is her biological father. Therefore, she invited Duane to her podcast to discuss.

Kailyn’s co-host Lindsie Chrisley brought up the old rumor that Duane Chapman, known as Dog the Bounty Hunter, was Kailyn’s birth father on Thursday’s podcast. The rumors started to spread when some fans saw the TV personalities’ similarities and published side-by-side images to prove they were connected. Lindsie asked the Teen Mom star Kailyn and Kristen Correia, the podcast manager, whether they remembered the rumor about Duane calling Kailyn’s biological father. As per TheSun, Kristen immediately replied by agreeing to the rumor. And said that still goes on. Can you please explain the rumor? Getting her co-attention, the host’s Lindsie questioned.

Lindsie then said about contacting him and conducting a paternity test. That would be incredible, she said as the thought interested Kailyn. The similar characteristics of the reality stars were brought up by Lindsie, who fueled the speculations by claiming she could “sort of see it”. Kailyn said he lives in Hawaii, so she would instantly have a trip planned if he were her dad. The Teen Mom star then took to her Instagram and shared a story of Duane Chapman. In the story, she college her and Duane’s picture side by side and writes a caption asking him to join the podcast to discuss the speculation.

Teen Mom: Why Do Fans Speculate About Kailyn’s Pregnancy?

When Kailyn Lowry ultimately left Teen Mom in May, some Teen Mom fans speculated that Kailyn’s choice might have been motivated by a secret pregnancy. While Kailyn’s tumultuous personal life was front and center in the first two seasons of Teen Mom 2, she eventually got into several arguments with other cast members, including Briana DeJesus. Near the conclusion of her contract with MTV, Kailyn denied recording anymore. Kailyn declared her take-off from the series in May, following the conclusion of Teen Mom 2 Season 11 and the merger of that season with Teen Mom to produce the spin-off. Since then, Kailyn has kept making money from her social media influencer job and podcast.

Teen Mom fans believe Kailyn has tried to conceal a significant secret, a fifth kid is on the way, even though she is accustomed to putting her private life on display. But several Reddit users posted paparazzi pictures of Kailyn showing her with her baby bump

. Fans of the show have suggested that Kailyn is trying to be like Kylie Jenner. The latter concealed her pregnancy with daughter Stormi until she gave birth in 2018. Even though recent photographs of Kailyn don’t confirm or refute that a fifth kid is on the way. However, it’s difficult to predict if Kailyn will be the next Teen Mom star to birth a kid without additional details. But if the rumored December due date is accurate, viewers won’t have to wait too long to find out. For all the latest updates, keep coming back to TV Season & Spoilers.