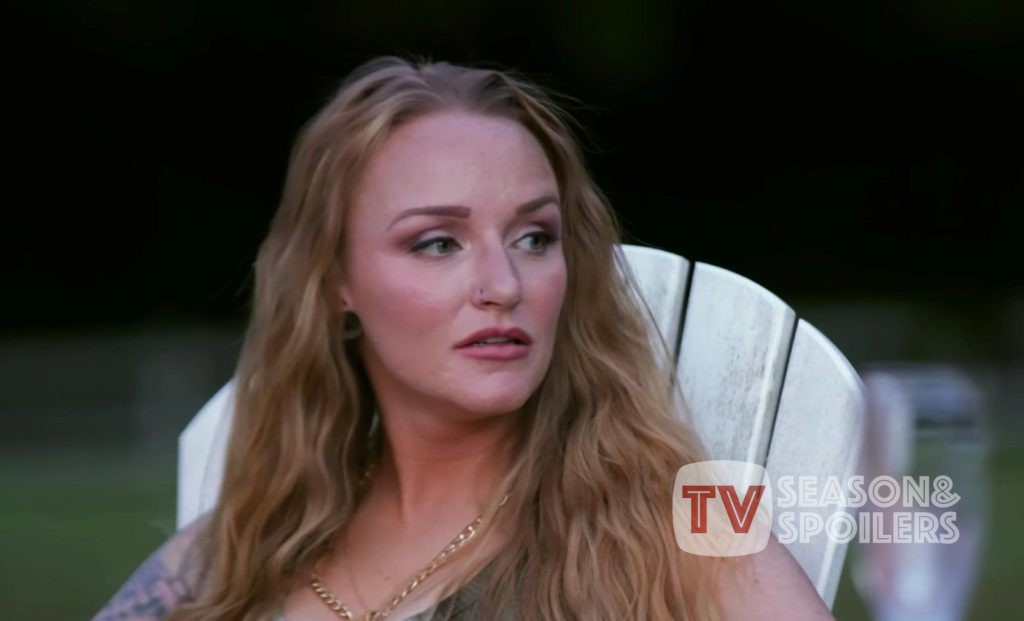 Teen Mom: Maci Bookout Breaks Contact With Ryan Edwards, Gets Him Fired From The Show!

The Teen Mom star Maci Bookout has been a part of the show for the past thirteen years. She first appeared on the show in 2009 after she got pregnant with the child of her high school boyfriend. Her life was filled with a lot of drama at the time. However, now everything is finally getting back on track for her. She tied the nuptial knot with Tyler, and the couple was blessed with beautiful kids. The family is busy enjoying their time and raising their kids. She is currently appearing in the new season of the show The Next Chapter. Initially, the show featured her story with her ex-boyfriend Ryan. However, now, she appears with her husband, Tyler. Maci recently talked about Ryan’s absence from the show and revealed that she was glad she got him fired. Keep reading to know the details.

Teen Mom: Maci Bookout Is Not In Touch With Ryan Edwards

Maci Bookout’s Teen Mom’s journey was filled with joy, hurdles, suspense, and endless drama. She started the show with her ex-boyfriend Ryan. After their breakup, they continued to appear on TV while co-parenting their kids. The estranged couple enjoyed a friendly relationship. However, their equation changed with time, and Bookout and Edwards completely separated ways. Nor does she stop there, but Maci has convinced MTV to kick him out of the show. Well, this was not the only thing; his whole family was fired from the show. Although it’s been quite a while since Ryan and his family were scrubbed from Teen Mom, Maci continues to tell her story in the ongoing season of the show.

In the recent episode, the reality television star revealed that she was glad she got him fired from the show. The star revealed in her interview that there was no space for her to heal their relationship and move ahead. They finally decided to call it quits and convinced the channel to fire him. The star claimed that she was not in contact with Ryan now, but their relationship was better than before. Besides this, Ryan does not have visitation rights to meet his son Bentley, which has helped Maci cut her ways with him.

Teen Mom: The Next Chapter comes with many surprises, and fans hoped it would come with many new storylines. However, they were highly disappointed after knowing about the plotline and story. Viewers were especially not happy with Maci Bookout’s story. In the show’s first two episodes, she was seen creating a fake storyline to appear in the camera. Fans were unhappy with that and asked the channel to remove her from the season. Viewers believed she didn’t have much to offer for the show, so it would be better that she would leave.

In the previous episode, Maci was seen monitoring her kids while lying to them about going out for dinner. The reality television star told her kids that she would be going for dinner, but in reality, she was keeping an eye on them to see how they managed everything when she was not around. The TLC viewers were unimpressed with the staged plot and claimed that she should be removed from the show. Let us know your views about the same in the comment section below. And for more updates, stay tuned to TV Season & Spoilers.